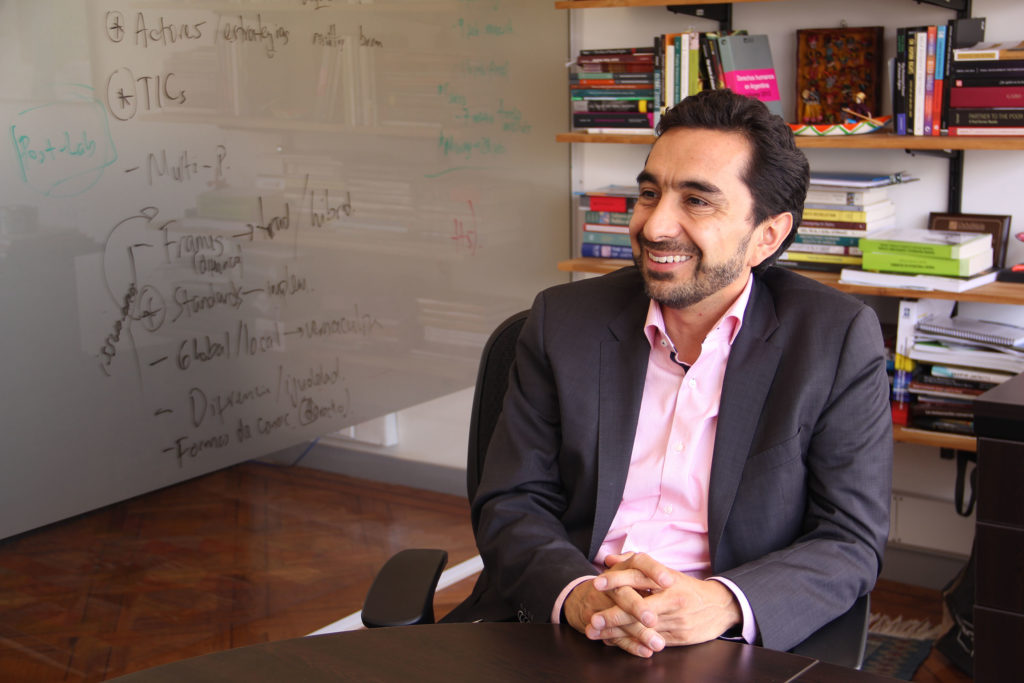 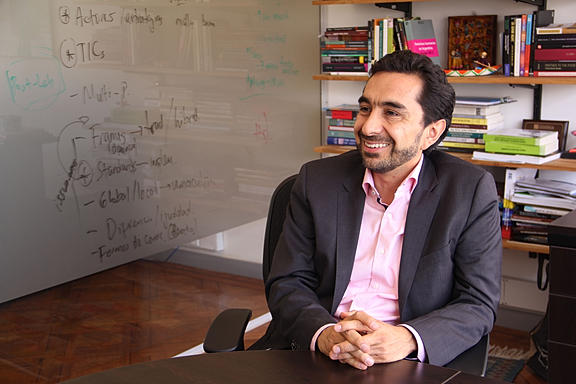 Rodrigo’s recognized leadership made it possible for Dejusticia to consolidate its international and national standing as a center for research and advocacy in human rights. Rodrigo will continue forming an integral part of Dejusticia, as a full time researcher and director of the Economic and Social Rights area. He will combine these roles with his work as a member of the United Nations Committee on Economic, Social and Cultural Rights. He will also continue playing an important role in research and public debates on a wide range of topics, including transitional justice, drug policy and the judicial system.

César has played a central role in the formation and institutional strengthening of Dejusticia since it was founded. In recent years, he led the creation of our international area, which he directed. He takes on the challenge of leading our organization with a deep knowledge of our international and national work, of our mission, and of our vision.

César Rodríguez-Garavito received his law degree from the Universidad de Los Andes, and an M.A. and Ph.D. in Sociology from the University of Wisconsin-Madison. He holds an M.A. in philosophy from the National University of Colombia, and an M.A. in Law and Society from New York University.  He is Associate Professor at the University of Los Andes School of Law and has been visiting professor at Stanford, Brown, Central European University, University of Pretoria (South Africa) and University Getulio Vargas (Brazil). He is member of the review boards of Annual Review of Law and Social Science, OpenGlobalRights, the Global Center for Pluralism and the Business and Human Rights Journal.  He serves as member of the boards of WITNESS, Fundar México and the Business and Human Rights Resource Center. He is lead author at the International Panel on Social Progress  and co-director of the Global School of Social Rights. César also writes a weekly column for the Colombian newspaper El Espectador. 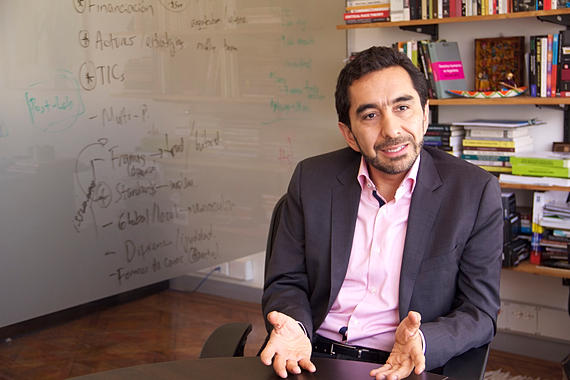 His work has served to open debates and innovate new models for advocacy in a range of human rights fields, including ethnic and racial discrimination, environmental justice, and economic and social rights. A recent example of this innovative impetus is the creation of Dejusticia’s Global School for Action-Research, which focuses on developing the skills of young activists from Latin America, Africa and Asia by providing them with new tools for research, writing and communications, in order to strengthen the voice of the Global South in the global human rights stage.

César’s research is embodied in books and articles that examine, among other topics, the impact of social and economic rights at the national and international levels (Radical Deprivation on Trial: The Impact of Judicial Activism on Socioeconomic Rights in the Global South, Cambridge Univ. Press, co-authored; Balancing Wealth and Health: the Battle over Intellectual Property and Access to Medicines in Latin America, Oxford Univ. Press, co-edited; “Beyond the Courtroom: The Impact of Judicial Activism on Socioeconomic Rights in Latin America”, Texas Law Review), the future of the international human rights movement and the role of research-action (“The Future of Human Rights”, Sur Journal; Amphibious Research: Action-Research in a Multimedia World, Dejusticia; Law and Globalization from Below, Cambridge,, coed.), and indigenous rights and environmental justice (Ethnicity.gov: Natural Resources, Indigenous Peoples, and the Right to Prior Consultation in Social Minefields, Indiana Journal of Global Legal Studies).

The appointment of our new Executive Director coincides with the celebration of Dejusticia’s ten-year anniversary. During this period, the research team of Dejusticia has published more than 40 titles in a variety of human rights areas. These works, in turn, have served to advance several strategic litigation campaigns that have resulted in significant advances in the defense of human rights both within Colombia and abroad.

During its first decade, Dejusticia has been a central actor in numerous public debates and has influenced the design of public policies and human rights standards at the national and international levels. As it has continued its work in human rights advocacy and education in Colombia, Dejusticia has gradually broadened its international work in order to strengthen partnerships and amplify the voices of Global South human rights organizations.