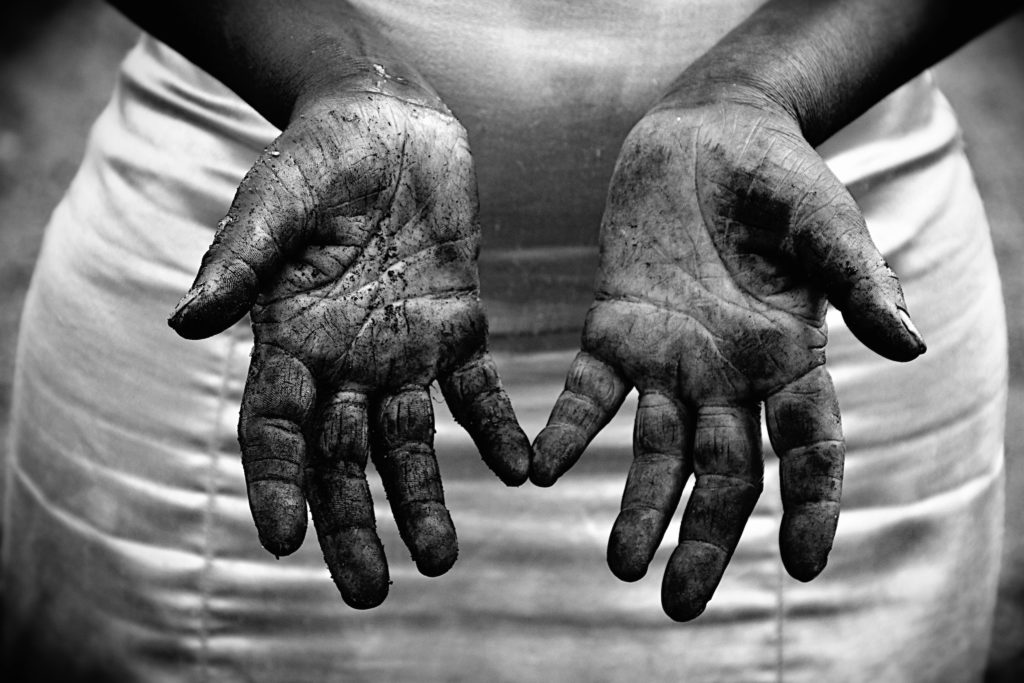 “Coal is not only a climate change issue. The ways that coal is mined and burned also pose serious threats to human rights,” says Gregory Regaignon, co-author of the report and Research Director at the Resource Centre.

The report, “Digging Deeper: The Human Rights Impacts of Coal in the Global South”, has been focused on the cases of four Global South countries (Colombia, India, South Africa and Egypt) and is accompanied by a short documentary film, “Promises of Lavander”. Both pieces reflect how despite its decline in the West, the coal industry is growing in the developing world and is widely associated with poverty, deaths from pollution, and forced displacement.

Both the report and documentary will be presented at four different dates in the Paris climate change negotiations in these two weeks – as campaigns against coal’s climate impacts are mounting but have yet to consider its full human rights impacts.

Some of the report’s key findings are:

1. Coal is not cheap. According to Krizna Gomez, Senior Researcher at Dejusticia and one of the lead authors of the report, “The thinking that coal is cheap is plainly wrong, as coal’s full costs have just not been accounted for.”

2. Coal often aggravates poverty locally – and may have little positive net economic effect nationally. For example the two provinces in Colombia where coal mining is concentrated—La Guajira and Cesár—rank 3rd and 7th in extreme poverty in the country. India’s coal mining states Jharkhand and Chhattisgarh are also among the poorest in that country.

3. Coal is becoming a Global South industry – fueled by both the South and the North. South Africa, for example, is increasing coal mining to fuel its own businesses, but with investments from wealthier countries.

4. A just transition from coal is crucial, and it must protect vulnerable people who do benefit from coal – mainly workers.

5. Charity projects are not enough. Accountability is essential. Companies’ philanthropy does not undo coal’s harms—companies must provide meaningful remedies for those affected.

Coal industry produce unfair situations for the local communities: in Arbor, a black community in South Africa located beside a coal mine and power plant, residents do not enjoy the electricity produced next door. Also, residents sometimes have to go for three weeks without water supply, since coal is an extremely water-hungry industry. In Colombia, Cerrejón uses 17 million liters of water each day, a stark comparison to the 0.7 liter used by an average local in this arid region.

In India, coal mines employ illegal migrants, including children, from neighboring Nepal and Bangladesh under harsh working conditions. And in Egypt, which has negligible coal reserves, has now legalized the use of coal for its industries, including the storing of mountains of coal right next to residential areas.

Some opponents of the coal industry have been threatened or even killed for their advocacy, such as three trade union leaders in Colombia killed by paramilitaries. Their families presented evidence in US court that Drummond company hired the paramilitary groups. A subcontractor of Drummond has been convicted for the killings, while the company denies the allegations.

The report also finds that coal activities in these developing countries are driven by Western countries and companies, despite their moves to curb coal use at home. Despite the slowdown of coal production in the United States and Europe, developing countries such as India, South Africa, and now nine countries in Africa that have never used coal before are growing or starting coal use.

See the complete report and the documentary at www.coalinthesouth.org

Event Dates at the Paris COP

The Center for Law, Justice and Society (Dejusticia) is a Colombia-based think-and-do tank working on strengthening the rule of law and promoting human rights in Colombia and across the Global South. It produces rigorous research that can contribute to action for social change, and carries out direct advocacy through campaigns, litigation, education and capacity building.  www.dejusticia.org

The Business and Human Rights Resource Centre is a non-profit organization with offices in London and New York and 14 regional researchers based in Brazil, Colombia, Hong Kong, India, Kenya, Japan, Jordon, Myanmar, Mexico, Senegal, South Africa, UK, Ukraine and USA. It draws global attention to the human rights impacts (positive and negative) of companies in their region, seeks responses from companies when civil society raises concerns, and establishes close contacts with grassroots NGOs, local businesspeople and others. www.business-humanrights.org