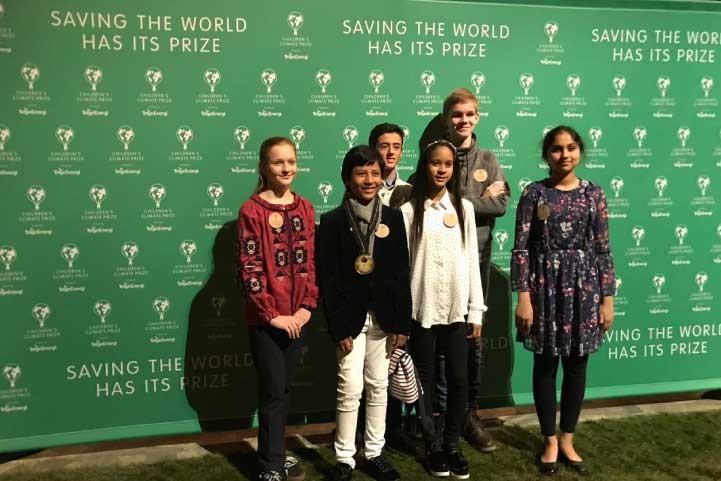 25 Voices against Deforestation: Finalists for the Children’s Climate Prize

The prize, which was awarded this 20th of November in Stockholm (Sweden), sought to highlight youth-led initiatives across the globe aimed at confronting the challenge of climate change.

The news that 25 children and youth made history in Latin America by suing the Colombian government for failure to protect the Amazon rainforest reached Stockholm.

The youth plaintiffs were nominated for the Children’s Climate Prize, which was awarded in the evening of 20th of November, in Sweden. The Prize is given every year to a child or group of children who have taken extraordinary leadership across the world to address the climate change challenge. 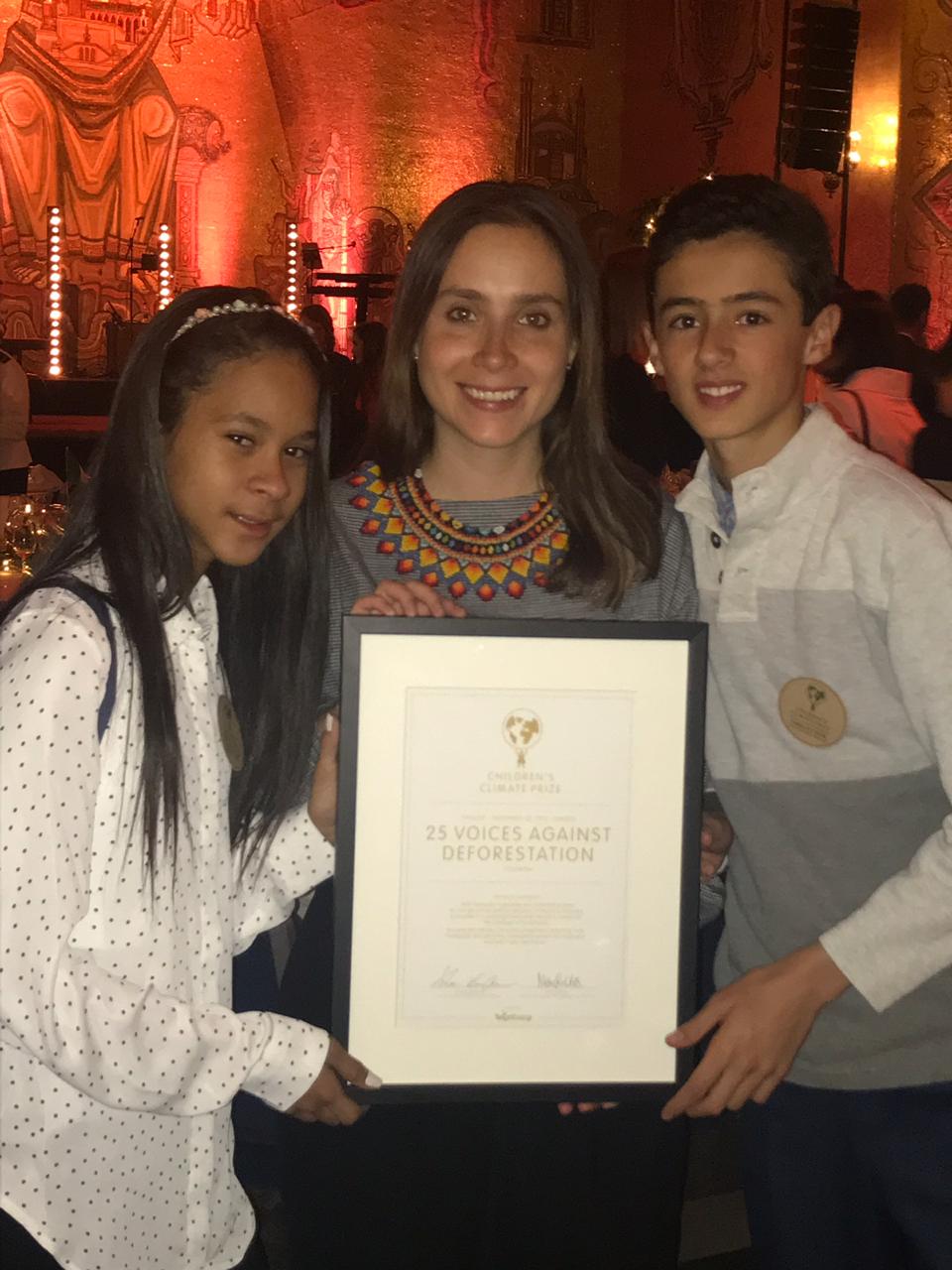 These young environmentalists filed a tutela before the Colombian constitutional court, to take the government to account for failing to stop deforestation in the Colombian Amazon.

From Colombia, Ariadna Haydar Chams (13 years old), Pablo Cavanzo Piñeros (14 years old), and Gabriela Eslava Bejarano (26 years old) traveled to attend the award ceremony in representation of the 25 youth plaintiffs of the first litigation in Latin America involving climate change and future generations. These Colombian children and youth, with their project, “25 Voices against Deforestation,” were one of the five finalists of the contest.

For example, deforestation increased by 44% between 2016 and 2017. Since deforestation in Colombia is concentrated in the Amazon Rainforest and is the main source of greenhouse gas emissions that threaten the people’s right to life and a healthy environment, the children filed a lawsuit against the Colombian government to compel it to stop the destruction of the Amazon and to protect future generation’s rights.

The Colombian Supreme Court of Justice agreed with the children and recognized the Amazon as an entity subject of rights, entitled to protection, conservation, maintenance and restoration, with accountability resting primarily in the State. The Supreme Court also ordered the Colombian government to present a short-, medium-, and long-term action plan to combat deforestation in the Amazon region, and to create an Intergenerational Pact for the Life of the Colombian Amazon in consultation with the children and youth, and other relevant sectors and communities.

Since the Supreme Court rendered its decision on April 5, 2018, the children have gathered with communities and indigenous peoples in five different cities of the Amazon to share ideas on how to protect the Amazon Rainforest and to create together the Intergenerational Pact for the Life of the Colombian Amazon. Before former President Juan Manuel Santos ended his term in office, he issued a directive ordering government agencies to implement the court’s decision in this case.

In Stockholm, Ariadna, Pablo, and Gabriela were able to speak with José Quisocala, this year’s Prize winner, and they also had the opportunity to learn about different experiences of youth activism being carried out around the world to protect the environment.

José, 13 years old, created en Arequipa Perú the “first cooperative bank for children, youth, and women” — a proposal for financial education that seeks to promote savings and entrepreneurship, and that uses solid waste as currency to carry out “financial operations”.

Learn more about the initiatives of José and of the other finalists in: https://ccprize.org/

The Amazon is burning