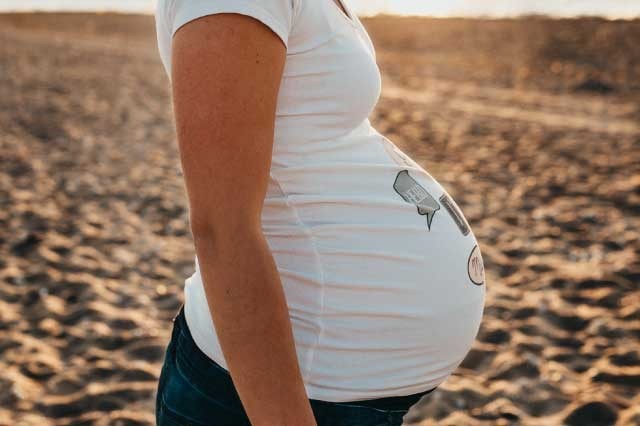 Imagine not having access to basic services like healthcare or education, and not having authorization to work, vote, or even be able to register your marriage or the birth of your children. | FOTO: Xavier Mouton, Unsplash

More than 8,200 pregnant Venezuelan women have entered the country. Their babies will be born in Colombia, but will not be Colombian. This is our first contribution to #PanasEnColombia, an initiative by the UNHCR, El Tiempo, W Radio and Dejusticia.

Juliana arrived in Colombia a few months ago, driven by hunger and poverty in Venezuela. She worries not only for herself and the family she left behind, but also for her unborn child.

Juliana is 5 months pregnant, and the lack of food and medical attention in her home country put both her and her baby at risk, forcing her to leave Venezuela.

In addition to the difficulties of forced migration, many women in the same situation as Juliana face another barrier: what will the nationality of their children be if they are born in Colombia?

While many Venezuelan parents believe their children will automatically gain Colombian nationality, there are clear requirements that must be met in order to access this right.

What does it mean to be born in Colombia and not be Colombian?

In accordance with Article 96 of the Political Constitution, Colombian nationality can be obtained through birth or adoption. It is acquired at birth when one of the parents is Colombian or, if they are both foreigners, when one of them is residing in Colombia. Nationality through adoption is obtained when foreigners acquire a letter of naturalization, or when, having been born in Latin America or the Caribbean and having legal migration status, they request to be registered as a Colombian by the government.

So, for Juliana’s daughter, the possibility of acquiring Colombian nationality depends on the migration status of her parents. In practice, authorities have interpreted the residency requirement for foreign parents as having legal migration status. In other words, residing in Colombia implies having legal residency and the intent to stay permanently. This is to say that children of foreign parents who find themselves in an irregular migratory situation cannot acquire Colombian nationality.

Being born without access to nationality implies the risk of becoming stateless. In accordance with international conventions, a person is stateless when they have not been recognized as a national of any State, and therefore do not have a political or legal link to any country. What, then, are the implications of being stateless?

Imagine not having access to basic services like healthcare or education, and not having authorization to work, vote, or even be able to register your marriage or the birth of your children. The lack of protection from a State leaves the stateless defenseless and vulnerable. To be stateless is to be invisible.

Statelessness around the World and in the Americas

Most cases of statelessness in the world are caused by the existence of discriminatory and arbitrary laws (statelessness by law) like those in Myanmar, which exclude citizens belonging to the Rohingya minority group, and those in Lebanon, which deny nationality for children with Lebanese mothers and foreigner fathers, as citizenship in this country is transmitted through the paternal line.

Another situation of statelessness occurs when people are born in territories that are not recognized as states or that are occupied by other governments, and therefore do not have the capacity to grant citizenship, as is the case in Palestine and the territory of Western Sahara.

Additionally, there are cases of statelessness that, though not recognized by international norms, have the same impact on those who cannot exercise rights derived from citizenship.

Such is the case for people who, despite having a nationality, have left their country (refugees, for example), and are therefore not under the protection of the State in which they were born (de facto statelessness), finding themselves instead with an irregular migration status in different country. In these situation, these individuals are also outside the protection of the State that receives them.

An example of this type of statelessness are the Central American children who have migrated to the United States; they have no documents to legalize their migratory status and are unable to turn to their home country (through its embassies or consulates) to reclaim legal protection.

A person is also at risk of statelessness when they cannot prove their nationality, even if the have one (effective statelessness). For example, if a Colombian family does not register a newborn or does not have certain identity documents like an Identification Card or a Passport, they cannot demonstrate their nationality despite its existence. The situation is complicated even further when the family is a victim of displacement and must cross an international border.

Although this percentage of stateless persons is relatively low in comparison to other regions, the continent has not advanced in implementing mechanisms to deal with this problem. June of this year was the first time that a Latin American country granted nationality to a stateless person, when Costa Rica issued and identification card to a woman who had been living for 69 years without nationality.

While Costa Rica’s decision is an important step towards ending statelessness in the region, and an example for other countries to follow, it is disconcerting that this recognition occurred almost 60 years after the 1961 Convention to Reduce Cases of Statelessness, of which several countries in the region are a part of.

The moderate advance of Costa Rica stands in contrast to the practice of denationalization of ethnic Haitians in the Dominican Republic, who were retroactively stripped of their nationality by means of a judicial hearing in 2013, and represent the large majority of stateless people in the region.

Unfortunately, the progress made to rectify the situation has been both scarce and insufficient.

The Risk of Statelessness in Colombia

The children born in Colombia to Venezuelan parents in irregular migration situations, that is to say, without a migratory status, are at risk of statelessness. The Colombian government has not clearly defined whether the Special Stay Permits (PEP) can fulfill the residency requirement for Colombian nationality.

In accordance with Venezuelan laws, the children of Venezuelan parents born in a foreign country can gain Venezuelan nationality by attending the diplomatic mission and following a series of procedures. However, due to various barriers ranging from the lack of knowledge about these procedures to the obstacles imposed by officials of the Venezuelan consulates, many of these children are not receiving nationality from their parents’ home country.

The Colombian state has taken some action to prevent the risk of statelessness. An example of this is the issue of the Circular 168 of 2017 of the National Civil Status Registrar which establishes a procedure for cases of children born in Colombia whose nationality is recognized neither by Colombia nor any other State.

Although the objective of this procedure is to certify that a person is actually in a situation of statelessness and that therefore Colombia should recognize the nationality, the different actions required, the intervention of multiple institutions, and the lack of knowledge can make this process very difficult to implement in practice.

It is urgent that the different entities that work with migrant and refugee populations in the country are put at the forefront of this issue, which has gone largely unnoticed due to the need to respond to the humanitarian crisis fueled by the mass arrival of Venezuelan citizens.

Information and support strategies that facilitate access to either Venezuelan or Colombian nationality should be developed for Venezuelan parents in irregular migratory situations whose children have been born in Colombia. If the situation is not acknowledged, it is very likely that an invisible generation will be born in Colombia.