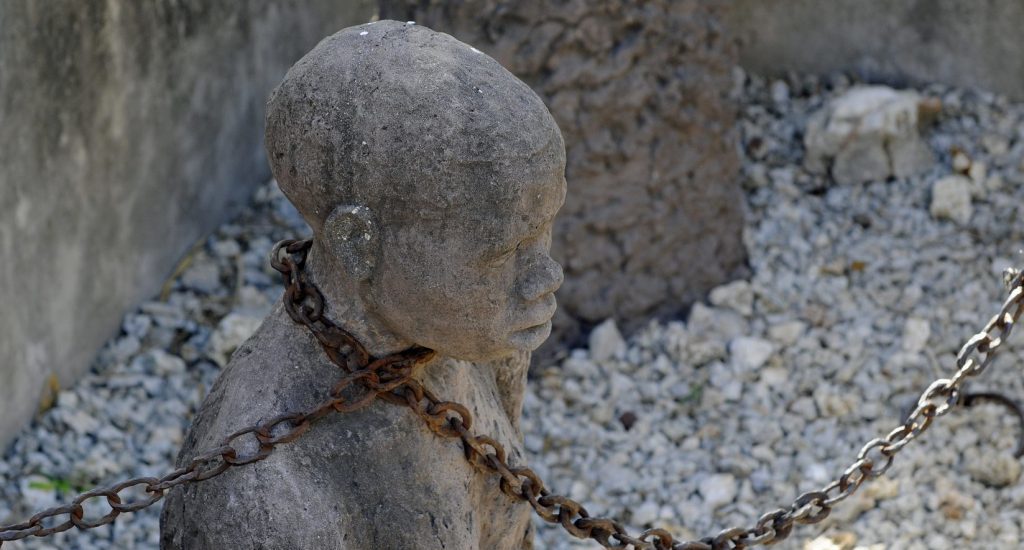 There is an increasing interest by several countries in the Global South, specifically in Latin America and the Caribbean, to advance the discussion on the possibility of demanding reparations from former colonial powers and certain public and private institutions for the role they played in the transatlantic slave trade.

There is an increasing interest by several countries in the Global South, specifically in Latin America and the Caribbean, to advance the discussion on the possibility of demanding reparations from former colonial powers and certain public and private institutions for the role they played in the transatlantic slave trade.

Nonetheless, said interest is coupled with the technical and financial challenges that reparation demands would bring to different countries and the international community as a whole.

On the side of the plaintiffs, in 2013, the countries that make part of the Caribbean Community created the CARICOM Reparations Commission which seeks reparative justice for indigenous and Afro-descendant communities in the region that were victims of crimes against humanity as a result of the slave trade. Specifically, the Commission aims to get several European countries to recognize their responsibility for the crime of slavery and take action to repair the direct descendants of the victims. Their demands are consolidated in a 10-point action plan that deals with issues including the request of an official apology, the possibility of repatriation, the eradication of illiteracy in the Caribbean, overcoming the health crisis in the region, and the cancellation or assistance in the payment of the internal and external debt of these countries, among others. The CARICOM Reparations Commission has developed a 10-point plan.

However, on the side of European countries, the possibility of reaching an agreement about “historical reparation” in favor of slavery victims seems distant. During a visit to Jamaica in 2015, the British Prime Minister at the time, David Cameron, rejected the possibility of reparations on behalf of the British government for partaking in the slave trade, while he urged Caribbean governments to “move on from this painful legacy and continue to build for the future.”

African slavery in the Americas during the colonial period was a process that lasted approximately three centuries and involved the trafficking of at least 12 million human beings who were kidnapped in the African coasts. Because of its scale, the transatlantic trade had consequences not only on the people that were directly enslaved, but was also a defining element in the rise and configuration of nation-states in the continent. In addition, black communities in the Americas, descendants of enslaved peoples, have historically faced particular challenges regarding the protection of their rights, especially as a result of the different forms of racial and ethnic discrimination in multiple aspects of life.

On this subject, the Inter-American Commission on Human Rights has warned that Afro-descendant people in the Western Hemisphere disproportionally live in economically depressed areas without infrastructure and are constantly exposed to violence and crime. At the same time, they face specific obstacles to accessing basic services like health, education, and housing. Thus, some governments and civil society organizations affirm that the consequences of the slave trade on Afro-descendant populations in the Americas are visible today through the precarious life conditions that affect this group across different countries in the region. Meanwhile, they insist on the need to offer reparations to the descendants of enslaved people. Discussing the possibility of repairing slavery victims in Latin America and the Caribbean implies dealing with several issues, which challenge our paradigms around the reparation of human rights violations from a conceptual perspective. On one hand, the time that has passed between legal slavery and modernity make some people question whether it would be feasible to attribute, even if it is partially, the precarious conditions of life of many Afro-descendants in the Americas to the legacy of slavery. Similarly, this and other factors like miscegenation make the identification of the potential beneficiaries of reparation measures very difficult. This makes us rethink about the way in which we conceive responsibility for human rights violations since those responsible for the slave trade are no longer alive and thus, determining who would have to offer reparations (if governments, the descendants of slave owners. or the governments of former colonies) is not an easy task.

There are other issues to consider, like whether there are legal or political instances in which the reparations debate can have any real impact and reparations are not considered an unreasonable demand, or in which way could or should the descendants of enslaved people be repaired. On this last point, some estimates on the total cost of reparations for slavery in the United States point out that to have an economic compensation proportional to the work done by enslaved people, the actual cost could range between 5.9 and 14.2 trillion dollars, a difficult statistic to imagine if we consider that according to the World Bank (2015), the gross domestic product of the United States is somewhat above 18 trillion dollars.

The difficulties of comprehensive economic reparations require that reparations for the slave trade are not reduced to a monetary compensation, privileging other less expensive measures that can also contribute to improving the quality of life of Afro-descendant people. Some of the alternatives could be, for instance, generous affirmative action plans in the areas of education and employment, the creation of funds to promote different types of projects that collectively benefit people and Afro-descendant populations, and the creation of policies on collective land titles. This in addition to other symbolic reparations like a process of historical memory reconstruction based on the scale and the incurred damages that resulted from the slave trade and the inclusion of the subject in the academic curricula of educational institutions.

Bojayá, the town we left without a voice or a vote

Imagine Living in a Meritocracy

The Peace that Excludes Afro-Colombians

The Struggle for Black Hair

Seminar: 5 years after the Law of Victims and Restitution of Collective Territories – Impact On Indigenous and Afro-Descendent Communities