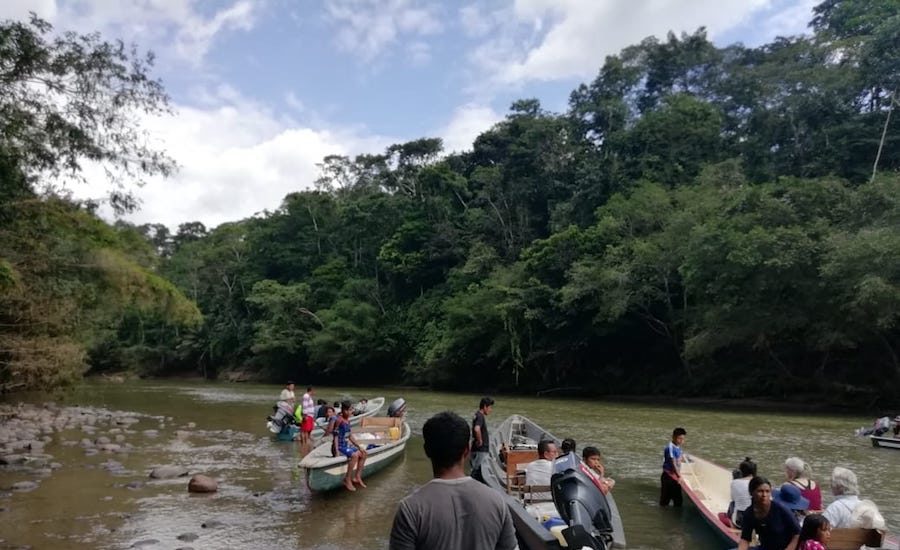 Nearly all of the indigenous leaders who joined us for the workshop had some troubles in transit, which is clearly not an accident.

Nearly all of the indigenous leaders who joined us for the workshop had some troubles in transit, which is clearly not an accident.

This past December, Dejusticia coordinated the Second Global Workshop for Indigenous Leaders on Strategies for Defending Human Rights, co-organized by the Racial Discrimination Watch (ODR). We invited indigenous leaders from around the Global South to the Ecuadorian Amazon. Activists and community leaders from Uganda, Tanzania, Kenya, Nepal, Argentina, Ecuador, Colombia, Venezuela, Guatemala, Mexico, Chile, and the United States, joined us deep in the Amazon forest. To arrive to the Sarayaku territory, where we held the workshop, from Quito, you must travel seven hours by bus, followed by a four-hour canoe ride down the Bobonaza river (not to mention the hours each of the participants travelled to arrive to Quito). The goal of this project was to bring together indigenous leaders to share knowledge and experiences mobilizing for their rights, strengthen alliances and partnerships between communities from the Global South, and for leaders to leave with creative tools to utilize in their struggle. Each year, the workshop has partnered with an indigenous community to honor their fight and to host that year’s participants. The first year, the workshop was held in the Colombian Sierra Nevada, territory of the Kankuamo people, and in 2018, was magnanimously hosted by the Sarayaku community in the Ecuadorian Amazon.

But the path to Sarayaku was not smooth for our indigenous leaders in attendance. This blog is just a taste of the “behind the scenes” challenges of bringing together this incredible group. 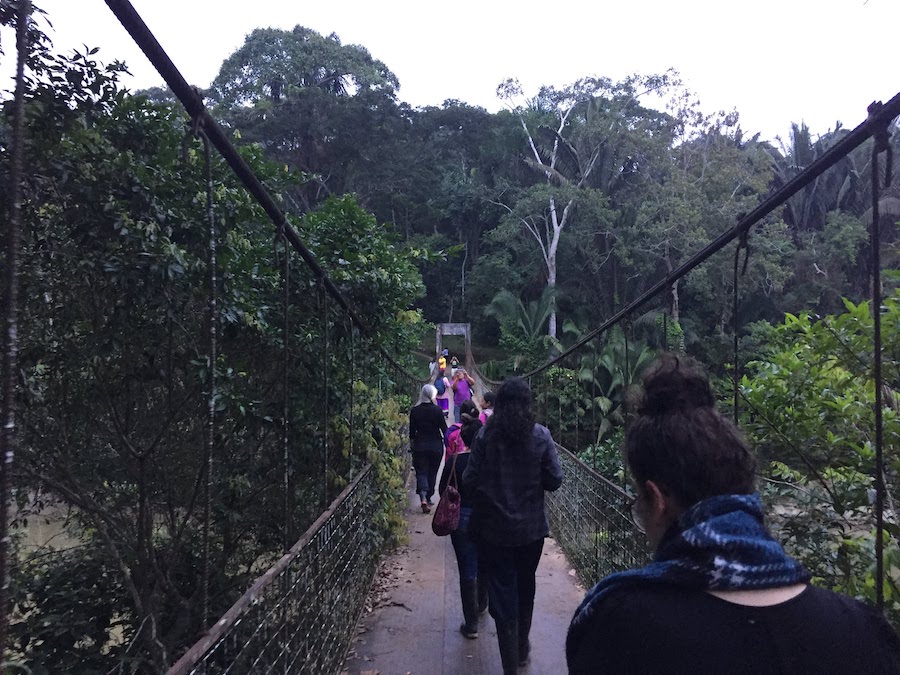 Apurbo Mrong is a human rights advocate from Mymensingh, Bangladesh. He is a member of the Garo indigenous community, and was selected to participate in the Global Workshop for his work on land rights on behalf of indigenous groups in Bangladesh. We worked with Apurbo for months to obtain a visa: flying him to New Delhi, and making him run around his country trying to acquire the necessary paperwork until we were finally successful. On the day of his flight to Ecuador, Apurbo was barred from printing his ticket and boarding the aircraft, eventually missing the workshop, because an airline official insisted that he needed a transit visa in order to fly. He did not. 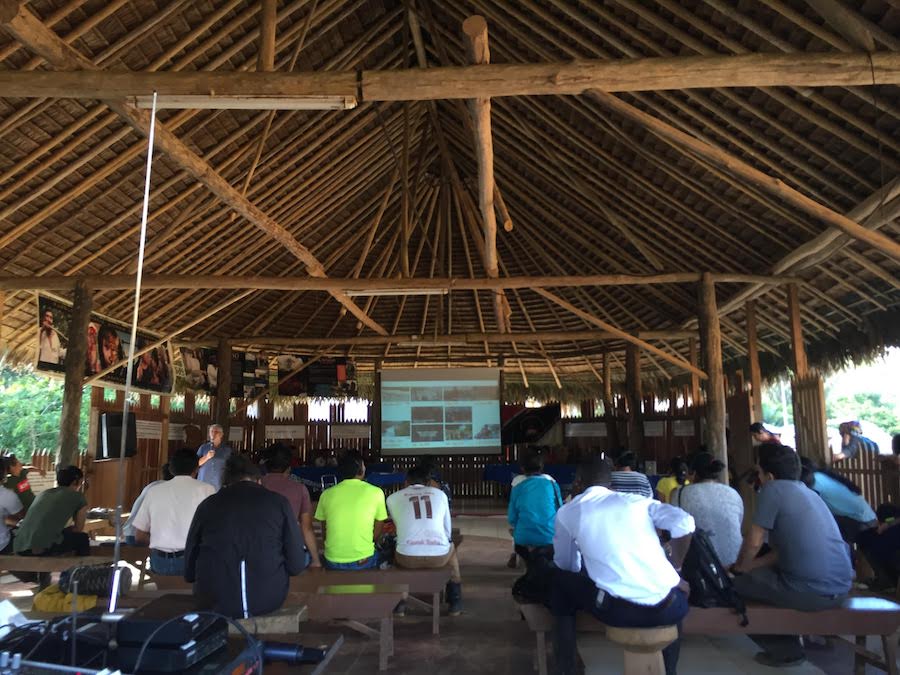 Apurbo’s experience was not unique, nor was it a coincidence. Nearly all of the indigenous leaders who joined us for the workshop had some troubles in transit, which is clearly not an accident. Apurbo was one of five participants who required a visa to travel to Ecuador, and each of them faced challenges in the process that at times seemed insurmountable. We were faced with ever-changing lists of requirements and documents to obtain, costs that seemed to grow with each correspondence we had with the consulates, travel costs to fly our participants to the nearest embassies to have their passports stamped, and blatant harassment from officials. Thankfully, once we collected all the required documents, our two participants from Kenya were able to travel to Ethiopia and successfully and easily obtain their documents. India was a different story.

Two Nepali women, Subha and Pratima, contacted us in tears after going in for their visa interviews at the Ecuadorian Embassy in New Delhi, telling us about how the agent there had belittled them, and verbally harassed them. They were eventually granted the visas, but during the workshop, one of the women told us she almost considered withdrawing her participation so she wouldn’t have to return to the office the next day to continue the process.

A few days before the workshop started, our participants began their travel. Trent, a young Lakota man from South Dakota, was detained at the airport for over 3 hours. He missed his flight. Carson and Milka, our Kenyan leaders, spent an hour having to explain the purpose of their visit in detail to airport security officials, even though they had already obtained visas. Sobha, a woman from India who did not need a visa to travel, was not allowed to board her flight, and missed the workshop. Adam, a participant from Uganda, was detained for hours by Quito’s airport security. It is not a surprise that one of our participants stated that when traveling, she preferred not to wear her traditional clothes because of the possibility of being discriminated against and abused by the officials and airline staff. 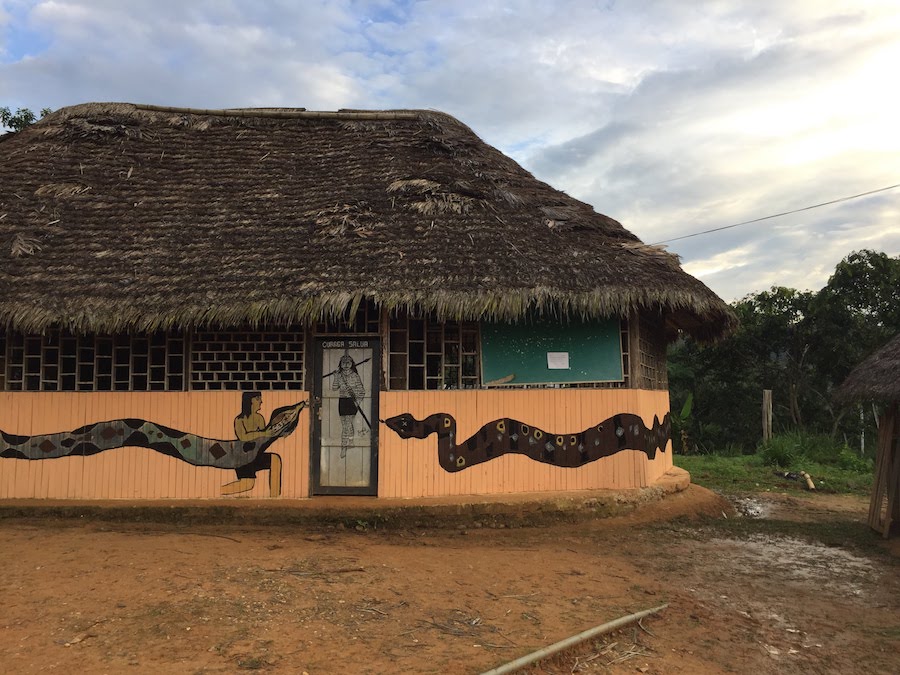 At the end of the day, all of the effort, sweat, and tears were worth it. Contributing to and participating in this workshop was a once-in-a-lifetime opportunity that we were fortunate enough to share with our professors and participants. Staying with the Sarayaku and meeting the incredible people who participated in the workshop was pure magic. The workshop had an open-door-policy to the Sarayaku, so, apart from the participants, we had people from the community actively participating and generously contributing—men, women, and children, all bonding over this shared and meaningful experience.

The workshop was full of beautiful adventures and crazy anecdotes, but as we mentioned, this text is just a small sample, almost a cathartic exercise, to exemplify the logistical challenges and the behind the scene endeavors of gathering this diverse and magnificent group. Dejusticia has actively worked to support this global network among workshop alumni. We will forever remember this experience and the collective dream that it represents, and we hope that by continuing to support, record, and share these experiences, this network and this dream will continue to grow and strengthen.

*Sophie Kushen is a fellow in the International area at the Center for Law, Justice and Society (Dejusticia).