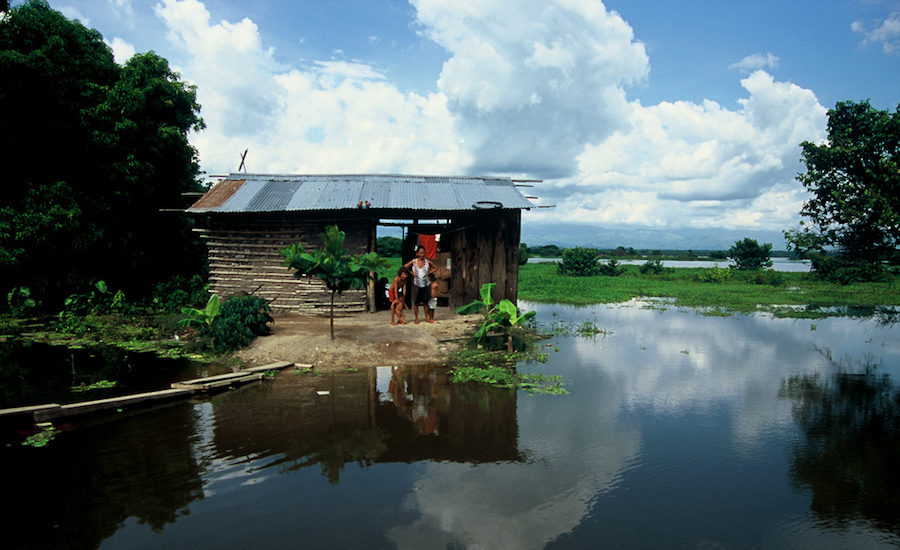 We cannot forget to humanize climate change and remember that those who have contributed to the least to the problem are and will continue to be the most affected.

We cannot forget to humanize climate change and remember that those who have contributed to the least to the problem are and will continue to be the most affected.

A few days before the beginning of the climate negotiations in Paris, the Office of the High Commissioner for Human Rights submitted an official document to the 21st Conference of the Parties to the United Nations Framework Convention on Climate Change on “Understanding human rights and climate change”. For many, the link between these two remains unclear. Aren’t there already other international agreements that discuss this issue in depth? What is the point of including human rights language in a climate change agreement?

The link between human rights and climate change has been recognized long ago by the UN Human Rights Council, which has passed several resolutions to bring attention to this issue.

Several countries are already feeling the impacts of climate change: rising sea levels, droughts, extreme weather events and floods among other disasters are becoming increasingly common. Latin America and the Caribbean is one the most vulnerable regions to climate change. People and communities across the region are suffering from devastating impacts such as the melting of glaciers in the Andes, rising sea levels, and ocean acidification. Many face the risk of losing their traditional livelihoods and being displaced.

The impacts of climate change on the enjoyment of human rights in Latin America have been thoroughly documented by the Interamerican Association for Environmental Defense in its 2011 report on Climate Change and Human Rights. One of the most shocking impacts includes the drastic reduction to water in the region. By the year 2025, melting glaciers, the degradation of wetlands, intense droughts and erratic meteorological patterns will limit access to water to more than 50 million people in the tropical Andean region.  Other anticipated effects include flooding and changing rain patterns. In Colombia, flooding affected more than 2.2 million people and cost $300 million USD in 2010 alone.

In the transition to a low-carbon and resilient economy, countries are already working to design and implement projects that reduce greenhouse gas emissions and protect citizens from climate change impacts. A reference to human rights in the operational section of the agreement can ensure that human rights are taken into account in the process of developing and implementing climate policies. This is why:

As the world turns its attention to Paris in the next two weeks, we cannot forget to humanize climate change and remember that those who have contributed to the least to the problem are and will continue to be the most affected. If we want to ensure a livable planet for the future generations the new climate agreement must include the respect, protection, protection and fulfillment of human rights.

We call on all State Parties and specially those of our Latin American region to support the inclusion of human rights protections in the agreement.

*María José Veramendi is Senior Attorney at the Human Rights and the Environment Program at the Interamerican Association for Environmental Defense (AIDA).

Join our Petition in Change.org: We want zero deforestation in the Amazon