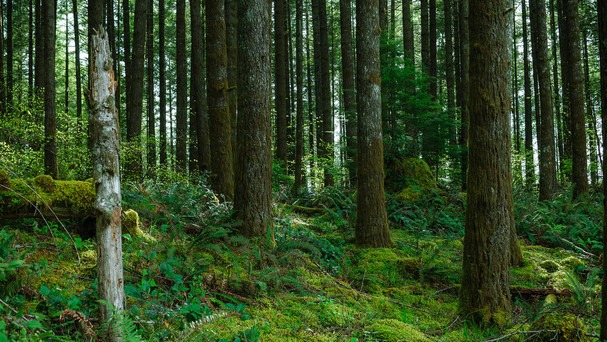 Daughters from a same mother are mobilizing in Colombia, Ecuador, the United States, Philippines and Mexico to defend it.

Daughters from a same mother are mobilizing in Colombia, Ecuador, the United States, Philippines and Mexico to defend it.

Earth is a mother with different names. In some cases, she is known as Madre Sierra, in others as Madre Selva. Sometimes she is called Mother River and other times, Madre Monte. Mother is who makes the sun rise in the morning, the moon shine intensely every night, and what keeps indigenous peoples and afro-descendants from giving up.

In different places, I have seen how several women stand courageously against States, extractive industries, and armed actors who do not see their Mother. They are her daughters, powerful and strong women, who today drive and support social mobilization on their shoulders.

In the Amazon, daughter Patricia has built a global strategy with her people to defend her Mother from the giant ducts that seek to extract the oil inside her belly. Patricia has turned to international organizations, such as the inter-American system or the United Nations, to carry her mother’s message. It is she, who bore her and who has told Patricia to fight and help remove from her womb the explosives that an Argentinian company implanted in hopes of extracting oil. In case of exploding, these explosives could destroy an area of land the size of Paris.

In the mountains, surrounded by coffee plantations, daughter Eulalia stopped being a nomad and went to the Assembly of Antioquia to show that indigenous peoples are part of Colombian society and therefore, the State must guarantee their rights. Everyday, Eulalia becomes jaguar, a panther, and hummingbird so that the girls and boys around her learn their ancestors’ stories, the different uses of plants, and the importance of protecting their one and only Mother.

In the middle of the Big Apple, daughter Victoria denounces the way in which States around the world have opposed indigenous peoples’ participation in key decisions that affect them. Despite having being attacked by a president who included her name on a terrorist hit list, Victoria has intertwined hands with many other women to transform history and an economy that remains dependent on the exploitation of her Mother. Along the hillside of the river, daughter Francia has joined eighty other women to demand that the State removes over two hundred backhoes, which have violently arrived  to extract the gold from within. “Through maternal love, we care for the territory,” replied Francia when I asked about her strategy to ensure that the same river in which she bathed would be available for her children.

As part of the special peace court, daughter Ana carefully evaluates how indigenous people who participated during the armed conflict in Colombia can return to their territories to rebuild the fabric that bullets destroyed with such violence. Whenever she can, Ana returns to the heart of the Sierra to join the river that saw her grow and visit the site that Mother gave her: a place where her thoughts and words lie in the soil, the most precious inheritance she will give to her daughter Juliana.

Near the sea and the mountains, daughter Asunción has used what she learned in law school to draft a lawsuit that has recently helped protect the rivers. Through this legal homage, Asunción wants her Mother’s rivers, deep water extensions, to be decontaminated and returned to their crystalline state, as they were in her grandmother’s stories. Between travel by flights and boat, daughter Patricia has dedicated her life to the defense of her Mother. As a bridge between the two worlds in which grew, Patricia has offered all the teachings so that her mother can be restored, what happened in the conflict is known, and indigenous peoples and Afro-descendants have their right to make their decisions autonomously recognized. Although Patricia speaks sometimes in Spanish and sometimes in Embera, every time she carries the same message that her Mother taught her, even for people who refuse to listen.

Between the forest and the harbor, daughter Luz Mary fights against the fear implanted by those who threatened and displaced her for defending her Mother. Opposing warlords who landed on her territory, Luz Mary weaves a collective palenque, which serves as a refuge for everyone who is afraid. Her Mother taught her courage, which is what she offers to those who come to her seeking refuge from the battle that is still being fought in the streets.

Covered by snow, daughter Ruth gets up every day so that the expansion of the extractive frontier in her country does not sacrifice her Mother. Following the uprising led by her ancestors, Ruth has put her body and spirit in front of the icy water tanks sent by the new President to expand a pipeline through the territory. She knows that water is life, the most precious gift that humanity has inherited from her Mother.

These are some of the daughters in Colombia, Ecuador, the United States, Philippines and Mexico who honor everyday the same mother. Regardless of the name given, it was the same who gave birth to them, who watched them grow, and who will receive them again in her womb the day they leave this world.