Can Separate Ever Be Equal? 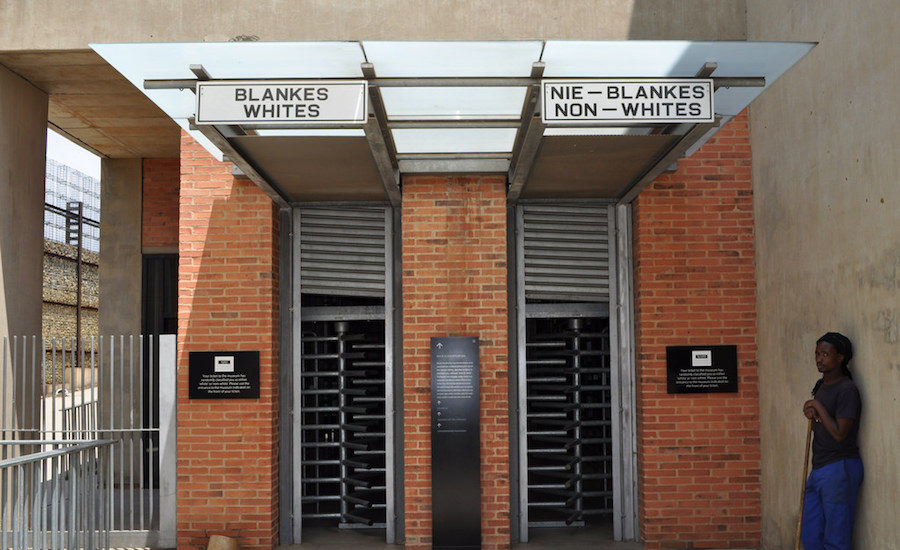 What then is the virtue of challenging separation if the treatment received is equal?

What then is the virtue of challenging separation if the treatment received is equal?

A modified version of this blog was originally published at Letra Prieta, the blog of Racial Discrimination Watch.

I thought I experienced some type of time travel back to the bad old days when I recently read, that a school in Pretoria, South Africa apologized for separating students according to race. The report stated that the South African Human Rights Commission held a meeting with the school’s management at which it was agreed that transformation was needed and that integration of learners will happen immediately.

This report to me read like something straight out of the Jim Crow South of the United States and right out of our very own South African Separate Amenities history. This story drew me deep into the concept of “separate but equal.”  In fact I found myself watching a movie of the same name starring Sydney Poitier based on the 1954 landmark decision of United States’ Supreme Court case – Brown v Board of Education of Topeka, which declared state laws establishing separate public schools for black and white students to be unconstitutional.

Sydney Poitier plays the role of the revered civil rights lawyer, Justice Thurgood Marshall- who later became the first black person ever to be appointed to the United States Supreme Court. The essence of the case that Justice Marshall argued was that the system of racial separation, while masquerading as providing separate but equal treatment of both white and black Americans, instead perpetuated inferior accommodations, services, and treatment for black Americans.

Justice Marshall delivered a memorable address in front of the Justices of the Supreme Court, who at that time were all white. He stated “this Court has made segregation and inequality equivalent concepts. They have equal rating, equal footing, and if segregation thus necessarily imports inequality, it makes no great difference whether we say that the Negro is wronged because he is segregated, or that he is wronged because he received unequal treatment.”

Justice Marshall was referring to the Court’s previous jurisprudence on the doctrine of separate but equal- like its 1896 decision of Plessy v Ferguson which upheld the constitutionality of state laws requiring racial segregation in public facilities under the doctrine.  In this case, Plessy, a man of color, attempted to sit in an all-white railroad car. After refusing to sit in the black railway carriage car he was arrested for violating a statute that provided for segregated “separate but equal” railroad accommodations. The Supreme Court found in this case that a state law that “implies merely a legal distinction” between whites and blacks did not conflict with the Constitution. The justices denied the argument that separation of the races by law “stamps the colored race with a badge of inferiority.”  They argued instead that racial prejudice could not be overcome by “an enforced co-mingling of the two races.”

Fast forward over 50 years later to Justice Marshall’s case  on enforced segregation in schools. He exposed the doctrine of separate but equal for the farce that it is when he stated “so whichever way it is done, the only way that this Court can decide this case in opposition to our position, is that there must be some reason which gives the state the right to make a classification that they can make in regard to nothing else in regard to Negroes, and we submit the only way to arrive at that decision is to find that for some reason Negroes are inferior to all other human beings.”

In South African courts, the judiciary sanctioned the doctrine of separate but equal along the same lines as the United States Supreme Court. In the 1934 case of Minister of Posts and Telegraphs v Rasool the Postmaster, acting under an empowering statute, issued an instruction to his subordinates to divide the post office into two sections for the service of “Europeans only” and “Non-Europeans” respectively. The Court determined that the question it had to answer was whether the services afforded at the “Non-European” counter were inferior to those offered at the “European Only” counter. On appeal it was admitted by Rasool that the services rendered at the Non-European counter were equal to those rendered at the European counter, and no ground was advanced to show that the instruction was unreasonable, save the ground that a distinction was made between European and non-European. The Court found that “mere separation is not unlawful and is constantly resorted to under general powers, e.g. in hospitals for convenience — Europeans and non-Europeans, men, women, children. The Court stated that in all these cases the principle of equality must be observed.” This meant that discriminating between races was acceptable unless the law in question were found to be partial and unequal in their operation as between different classes.

This finding was applied in a number of judgments subsequently such as the 1950 case of R v Abdurahman  where a portion of a train was reserved for only the “European race” but without restricting them to the use of that portion while non-Europeans were not allowed to use the reserved portion, the court found that the State had provided a railway service for all its citizens irrespective of race and it is unlikely that the Legislature intended that users of the railways should, according to their race, have partial or unequal treatment meted out to them.

Against this background I contemplated the separation of black and white students at that unidentified Pretoria school. If the children, despite their separation, were being offered education of the same quality then what is really wrong with separate but equal? Do people secretly not desire to be on their own? In many respects, even though the law sanctions integration, there are many examples of segregation. Soweto and  many other townships remain black, many neighborhoods and schools remain very white and this is okay because now in terms of the law we have the freedom to choose where we live and go to school. But the reality is that separation remains enforced not by the law but by unchanging economic inequalities. People just cannot afford to integrate.

Even in situations where integration is “affordable” I have still witnessed segregation. I have been in many lunch rooms in post-apartheid South African work places and schools where black people keep their own lunch table as do whites. I have noticed magazines on newsstands that cater primarily to either a white or black audience etc. Do we secretly desire a segregated world?

What then is the virtue of challenging separation if the treatment received is equal? Why did the parents of the black children at the Pretoria Schools sign a petition just because their children were separated from white children? I did not see any allegation that the black children received an education of an inferior quality. Why then be bothered by something such as separation that is so prevalent in our society?

The answer lies in Justice Marshall’s opening address. What else could warrant the separation of black people from white people other than the belief that black people are inferior. That rationale alone, never mind the equality of the services rendered, is an indictment against the value of black lives. It says you are not good enough to hold the same space as white people. Justice Marshall said it best- segregation and inequality are equivalent concepts. They have equal rating and equal footing. Furthermore our country is proof that in almost all circumstances, separate never means equal despite any well-meaning assurance that it does. All you have to do is go to historically black schools, neighborhoods and generally observe the quality of most black lives today to know that separate was never intended to truly mean equality. Remnants of the doctrine still plagues our present day and it will take generations to undo.

In as much as I have witnessed how segregated our society really is – I have also witnessed the virtues of diversity. Maya Angelou said it best when she said that “we all should know that diversity makes for a rich tapestry, and we must understand that all the threads of the tapestry are equal in value no matter what their color.” My own life has been enriched by attending integrated multi-racial schools. Having had friends and acquaintances from all backgrounds and color is an education in itself, the kind without which you will remain forever ignorant no matter how many degrees you acquire.

Justice Marshall was right when he stated “I got the feeling on hearing the discussion yesterday that when you put a white child in a school with a whole lot of colored children, the child would fall apart or something. Everybody knows that is not true. Those same kids in Virginia and South Carolina-and I have seen them do it-they play in the streets together, they play on their farms together, they go down the road together, they separate to go to school, they come out of school and play ball together.

I am willing to bet that the kids at that Pretoria school want to play together and are curious about one another. Without the inherited prejudices of past generations, children are not born with the desire to be segregated from other children just because of race.  Shame on those that made that assumption.