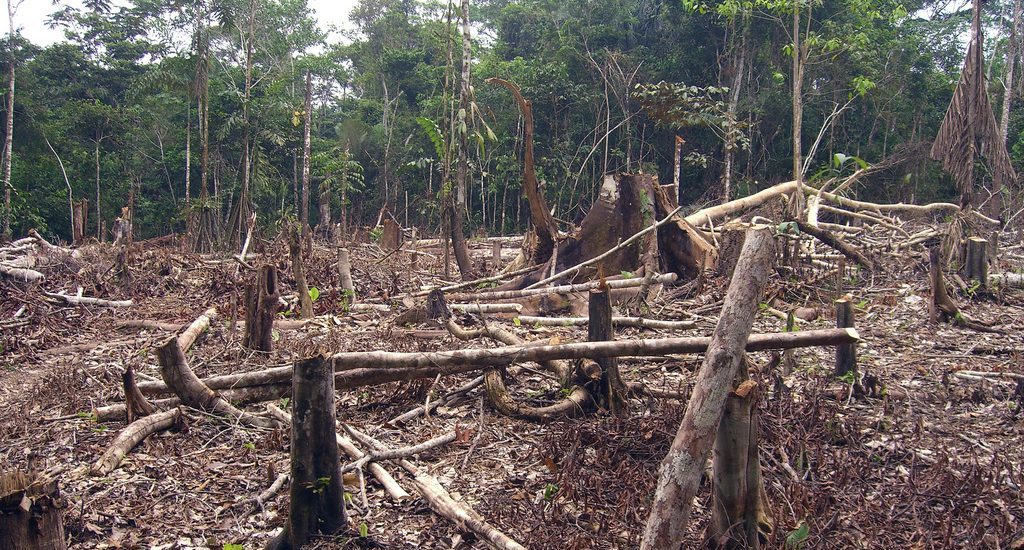 We argue that deforestation in the Colombian Amazon is violating our constitutional right to a healthy environment, which in turn threatens our right to life, water, food, and health. We, the future generations, are 25 youth who will have to face the impacts of climate change and deforestation the rest of our lives.

We argue that deforestation in the Colombian Amazon is violating our constitutional right to a healthy environment, which in turn threatens our right to life, water, food, and health. We, the future generations, are 25 youth who will have to face the impacts of climate change and deforestation the rest of our lives.

Throughout my undergraduate years, I dedicated most of my time to climate change issues. Having been born in Colombia, I was particularly worried about climate-related impacts in Global South countries and the actions or lack thereof that governments were implementing to tackle this phenomena.

I was also puzzled by Colombia’s ambitious positions at the UN climate negotiations given a questionable environmental record at home. I was convinced of the importance of studying Colombia’s foreign climate change policy.

So, as as part of my thesis research, I attended the Paris climate talks in 2015. It was then when I heard President Juan Manuel Santos reaffirm the government’s commitment to reach zero-net deforestation in the Colombian Amazon by 2020. At the time, the government also announced its goal to reduce greenhouse gas emissions by 20 percent by 2030, priding itself on supporting strong climate action.

By then, I had been an activist for coal divestment, researched fossil fuel extraction, pushed for local climate change legislation, and attended enough UN climate talks to know one thing: climate change was threatening the fulfillment of human rights around the world and we were not doing nearly enough to stop it.

That was also when I learned that despite the slow progress at the climate negotiations and the failure of governments to advance their plans to tackle emissions and adapt to a warming world, climate advocates were turning to a new strategy: climate litigation.

According to a UN Environment Programme report, as of March 2017, there were 654 climate lawsuits filed in the United States and 230 other in the rest of the world. While most of these cases are largely concentrated in the Global North, countries such as India, South Africa, the Philippines and Pakistan have also seen their fair share of climate lawsuits. Climate litigation has become a global trend and a tool to push for climate action through the courts. In most cases, plaintiffs are suing governments for failing to comply with their climate-related goals, not adopting ambitious emissions mitigation policies, or approving particular projects that contribute to climate change.

According to Australian lawyer Sophie Marjanac, the prospect of this kind of lawsuits is improving because of two factors. First, there is an increasing number of governments with specific commitments on climate action. Second, climate science is improving, which allows for attribution science to bolster climate liability arguments.

Inspired by this wave of recent lawsuits, Dejusticia decided to support a legal action to try to tackle climate change and its devastating impacts on Colombia. As an NGO, we have traditionally used strategic litigation as a way to highlight key national issues and have a broader social impact.

This type of legal action has the potential of reaching the Constitutional Court, which in turn can shake the other branches of government for failing to guarantee Constitutional principles and fundamental rights. Litigation can also stir public debate and its effects can go beyond those of the case themselves.

This is why I decided to join other 24 young Colombians in suing the national government for failing to curb deforestation in the Amazon region. The plaintiffs and our lawyer, Cesar Rodríguez Garavito (Dejusticia’s director).

Today, cattle ranching, the expansion of the agricultural frontier, and mining are driving the destruction of the Amazon forest in Colombia. The most recent data shows that the national deforestation rate increased by 44 percent in 2016. This is equal to 178,597 acres of forest loss, of which 39% was concentrated in the Amazon region.

As the plaintiffs, we are arguing that deforestation is violating our constitutional right to a healthy environment, which in turn threatens our right to life, water, food, and health. We, the future generations, are 25 youth who will have to face the impacts of climate change and deforestation the rest of our lives.

We come from 17 different municipalities in the country, which are being threatened as a result of climate change.

Yurshell Yanishey Rodríguez is a 23-year old environmental engineering student and nature lover from the island of Providencia, the region in the country that is most at risk from climate change. By 2010, the temperature in the area will increase by 1.4° C and the rain volume will decrease by 32%.

1,220 kilometers away, lives Pablo Cavanzo Piñeros, a 13 year-old boy who is passionate about hiking across the country. Pablo lives in the capital city of Bogotá, the second city that is most at risk from climate change. According to official projections, he can expect an increase of 1.6°C by the year 2070.

As we began developing the lawsuit, we learned about the intrinsic connections between the Colombian Amazon and the water cycle that supplies the rest of the nation. We learned about how deforesting one area could have a significant impact thousands of kilometers away. The more we read and studied about climate impacts in Colombia, the clearer the sense of urgency we felt.

We realized we had to ask the government to back its international rhetoric on deforestation with concrete and effective actions on the ground. Not only is the destruction of forests the greatest source behind Colombia’s greenhouse gas emissions, but also a threat to local ecosystems and the populations that depend on them for their livelihoods.

But our petitions do not end there. We are also asking that the government creates an intergenerational agreement on climate change outlining the measures that the government will adopt to reduce deforestation and greenhouse gas emissions. We ask that this document also includes the adaptation and mitigation strategies each vulnerable municipality in the country will implement.

What I find most exciting about the prospect of a court ruling in our favor is that our case is not an exception, but as I mentioned before, part of a broader movement seeking justice through climate change litigation. The climate movement is evolving and, as we increase pressure on governments to act on climate, we diversify our toolkit and strategies to demand social change.

We hope that our lawsuit can help inform and shape public debates, calling attention to the monumental crisis the planet is facing.

*Camila Bustos is a plaintiff of the climate lawsuit and a researcher at the Center for the Study of Law, Justice and Society (Dejusticia). A shorter version of this blog was originally published by the Thomson Reuters Foundation News here.