Human Rights and the Practical Power of Art 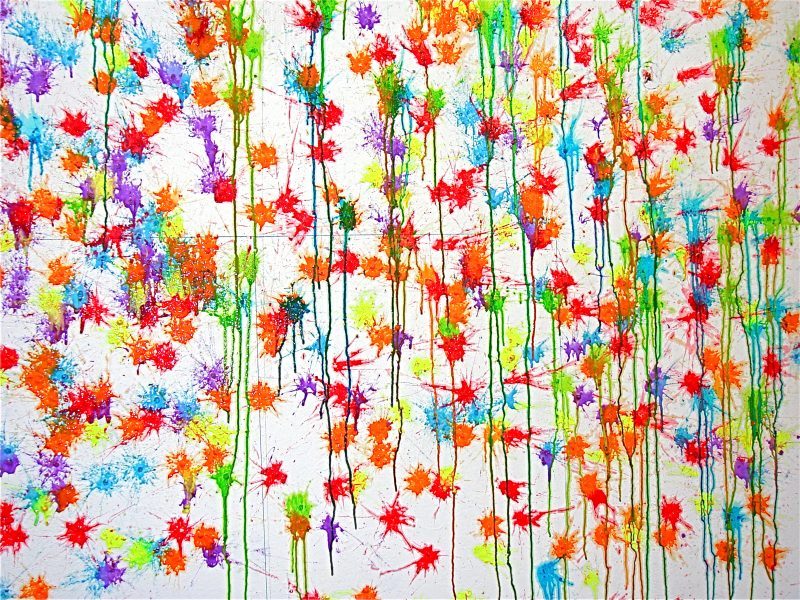 In the world of human rights advocacy there is a significant emphasis on measurable impacts. And yet there are many impacts that are difficult to measure. Storytelling and poetry, for example, are often lauded as arts that contribute to human rights, but the influence that a work of art has on the defense of human rights, or the weight it can bring to bear in creating a cultural shift in favor of greater justice, are all impacts that are often only visible in the long term. Perhaps because their short and medium term impact can be difficult to capture, they are not often integrated into advocacy strategies. At a time when the human rights movement is facing great challenges, and at a moment when there is a widespread recognition that the human rights movement must be more interdisciplinary, and locally connected, human rights advocates should be more purposeful in integrating art, in addition to social sciences, into our practice.

The power of poetry is often evidenced in the work itself: read or hear the poem and you’ll understand. Such is the case of Carolyn Forché’s “The Colonel”, or Mario Benedetti’s “Why we sing,” or Victoria Santa Cruz’s They Called me Black . It is less easy to document the trajectory of a poem into the hearts and minds of people, advocates, communities, survivors. This is why I want to tell the story of Spain in Our Hearts, Pablo Neruda’s collection of poems about the civil war in Spain (1936-1939).

“Guernica” by Pablo Picasso, a famous painting on the Spanish Civil War.

The book was printed in the trenches by anti-fascist soldiers (known as Republicans) who learned how to set type and operate a printing press in the Benedictine abbey of Montserrat near Barcelona, a press that dated back to 1499. When they ran out of paper, they used a nearby mill to pulp scrap materials, including shirts and flags, and even enemy clothes to make more paper. When defeat was imminent, Republican soldiers filled sacks meant to hold food with the books and began their retreating march toward France. The soldiers were bombed and most books were destroyed. Of the 500 first edition copies, only seven survive, and they survive because some anti-fascist soldiers chose to carry those books rather than rations in their retreat into France. The story of Spain in our Hearts is the story of more than one poetry book. It is the story of what people are capable of doing for poetry that moves them, and what that poetry can do for them. More broadly, it is a story about how art keeps us and our ideals alive.

We already link the art of writing, whether poetry or narrative, to human rights work. For example, when we consider storytelling as crucial to more effective communication for human rights, as Thomas Coombes recently explained in his essay on hope as a key framing device.  Or as Dejusticia’s research-action workshops do, when they teach tools for personal narrative writing, to complement advocates’ already honed research skills.  Strong narrative skills and creativity are essential to communicating difficult-to-tell realities, building counter-narratives to official histories, and bearing witness when other sources are silenced. Art does even more: it opens the doors to everyone to participate in defending human rights, and it creates spaces for dialogues of empathy.

Consider the case of enforced disappearances. During the 1981 Paris Colloquium for the promotion of an international convention on enforced disappearances, Julio Cortázar’s “Le refus de L’oubli” [“The Rejection of Oblivion”], gave texture and shape to a crime that was elusive by design. Informed, perhaps, by his habit of stepping into the fantastic and refusing to accept the world as it is, Cortázar called on the audience to reject, obstinately, the likelihood that the disappeared were dead. Accepting this, he said, would mean letting the demand for truth go unanswered:

We must keep in an obstinate present, with all its blood and ignominy, something that is trying to push itself into the comfortable world of oblivion; we must continue believing alive those who probably are not, but who we must reclaim, one by one, until the answer finally shows the truth that today they attempt to hide. 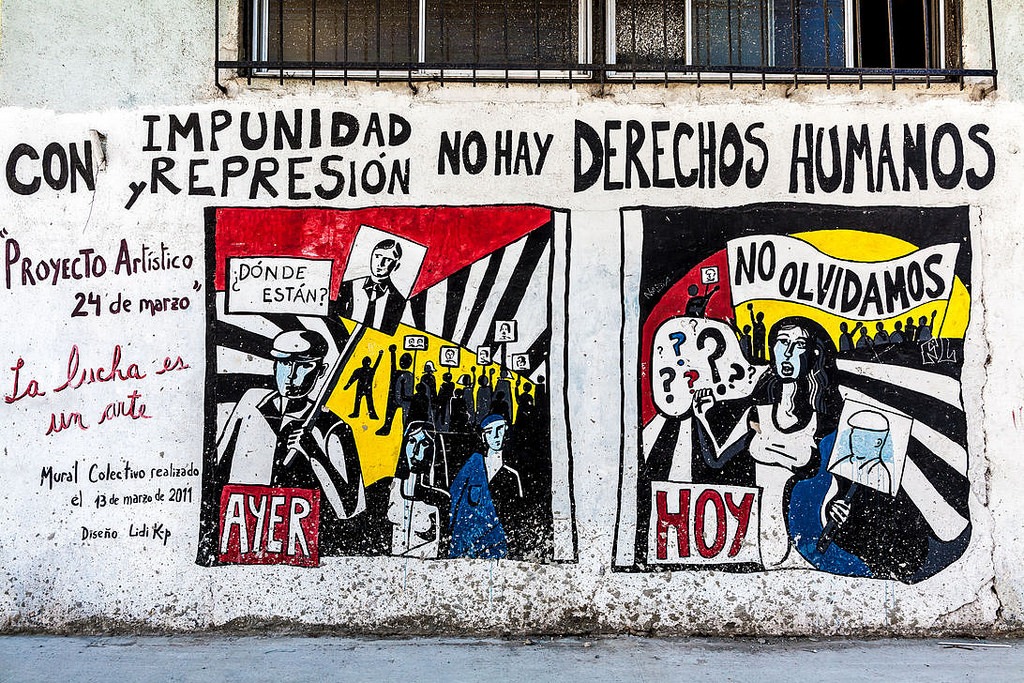 Mural in Buenos Aires, Argentina. The writing says “With impunity and repression, there are no human rights.” Photo by: Alessandro Grussu

Cortázar’s rendition of both the wickedness of enforced disappearances, and the defiance with which we should face it, framed the issue. It provided the moral and emotional content to what can often be a legalistic process of pushing for a treaty; it is cited in studies and policy papers on enforced disappearance, and was included in the project on the International Convention for the Protection of All Persons from Enforced Disappearance.

Advocates have demonstrated an awareness of the role of multiple art forms in advocacy, movement building and self-care. Dejusticia, for example, held a photography competition that explores human rights themes; Human Rights Watch has a yearly film festival, the UN has announced its High Note Music Prize for music that contributes to human rights, and the Human Rights Consortium, at the University of London, hosted a collaborative project that yielded an anthology of 150 poems for human rights. Still, we need more sustained and cohesive alliances with artists.

Human rights advocates recognize the power of art, but we lack specificity about how we can ally ourselves with it, and for what aspect of our advocacy. Laila Sumpton proposes three categories for the ways in which poetry can further human rights advocacy: Poetry for personal resilience, poetry for campaigning and human rights education, and poetry for voice and empowerment. As organizations encounter challenges to their practice and seek ways to broaden the message of human rights, we should take up Sumpton’s insights to discern what type of contribution we hope art will do for our work in human rights, and we should articulate explicitly how art can contribute to our long-term strategies.

The climate momentum has reached BlackRock; now let’s get down to business