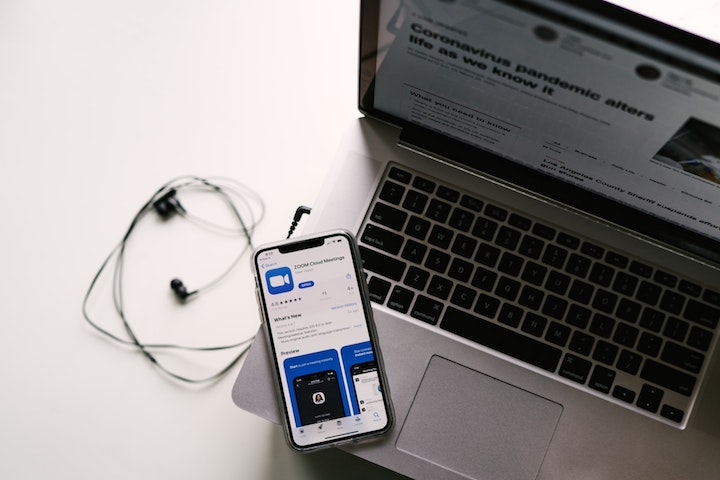 Among Colombians with mobile phones, 79.4% of users subscribe to pre-paid plans, compared to 20.6% for post-paid plans. | Allie/Unsplash

On 4 May 2020, the JEP’s Chamber of Recognition held one of its hearings, in which a member of the public forces provided his version of the events related to Case 03 – the false positives case. Legal representatives, victims, psychological support staff, and government officials were also in attendance. The JEP hearing was business as usual except for one unprecedented difference –  it was virtual. Utilizing Microsoft Teams, the member of the public forces connected from Popayán, his lawyer from Bucaramanga, and representatives and victims from Medellín, Bogotá, and the Caribbean Coast.

COVID19 has accelerated the digital transformation that was already spurring changes across Colombia. Human rights organizations have been adapting to Colombia’s digital transformation by deploying tools to further transitional justice efforts in light of COVID19. Institutions such as the JEP, the Truth Commission, and the Land Restitution Unit have all transitioned to digital platforms to continue their work.

Although rooted in compelling health concerns and Colombia’s state of emergency, the migration of judicial and truth-telling venues to virtual platforms has significant implications for effective transitional justice. Technologies such as smartphone apps, videoconferencing software, and social media platforms present both a tool and a challenge for transitional justice efforts like documentation, truth and justice hearings, and community outreach.

More widespread use of digital platforms in lieu of traditional in-person transitional justice functions will inevitably lead to disparate impacts on rural and low-income populations. In 2018, around 65.6% of Colombians had access to mobile or fixed-line internet with speeds over 1 megabit per second (Mbps). Colombia’s average download speed, 5.5 Mbps, is one of the lowest rates in Latin America and significantly lower than the global average – 11 Mbps. Slow and/or limited internet access is especially prevalent among lower-income groups. The internet penetration rate is only 21.7% for the lowest-income Colombians, and only 17% of Colombia’s rural population has access to internet. Although Colombia has made significant progress in expanding internet access in cities, a digital divide remains between rural and urban areas. Rural communities in Colombia are also among the most affected by the armed conflict, and as such, are usually those whose testimonies are crucial in transitional justice mechanisms like the JEP, the Truth Commission, and the Land Restitution Unit.

Among Colombians with mobile phones, 79.4% of users subscribe to pre-paid plans, compared to 20.6% for post-paid plans. These disparities are particularly relevant in light of Decree 555, which grants mobile phone users with post-paid plans certain benefits, such as free texting, during the COVID19 crisis. As Dejusticia has argued to the Constitutional Court, the decree unfairly discriminates against pre-paid plan users, who form the majority of mobile phone users and who generally face greater economic vulnerability. Furthermore, only about 50% of mobile phone users have smartphones, which may limit the ability to participate in videoconferencing and to use critical communication apps like WhatsApp.

Even if access issues are remedied with greater mobile and fixed-line internet access, institutions such as the JEP and the Truth Commission still face cybersecurity challenges. Surveillance issues are especially troubling for videoconferencing platforms critical to transitional justice functions. In light of COVID19 restrictions, the JEP has been holding virtual hearings using Microsoft Teams and communicating with victims’ representatives using digital platforms, such as Twitter, YouTube, and Instagram. Similarly, the Truth Commission has recently been communicating with indigenous communities and leaders of victim groups through virtual platforms, as well as receiving truth contributions virtually.

With the shift to virtual platforms, concerns regarding the security of videoconferencing platforms has been a topic of debate. In particular, the exponential increase in videoconferencing, on platforms like Zoom, has provoked response from information-security professionals. Although Zoom’s security issues have been contested, the long list of concerns for the video platform includes its susceptibility to hackers working for the Chinese government, to its false claim that it uses end-to-end encryption. Similarly, Microsoft Teams users have been the subject of an impersonation attack that has targeted over 50,000 users. Despite security updates, such uncertainty regarding privacy may limit transitional justice institutions’ ability to virtually advance justice and truth-telling. Victims and former combatants may be less inclined to testify or appear on video calls, and, if they do appear, they may be less candid due to security concerns.

Additionally, the security of communication apps, such as WhatsApp, which had already seen a 40% increase in usage earlier this March, has been put into question. For human rights defenders and victims whose usual in-person communications with transitional justice institutions are prohibited by mandatory quarantine restrictions, communication apps have become essential in maintaining contact. Recently, concerns over a WhatsApp hack that enables hackers to access accounts have surfaced, thereby highlighting the growing risks of digital communication apps.

As transitional justice institutions’ responses to COVID19 lead to increased use of digital platforms, the challenges of technology-driven solutions will become more complex. Lack of access and cybersecurity issues need to be squarely addressed. The government and tech companies that develop videoconferencing and communication apps can take timely, concrete steps to ensure the digitalization of transitional justice is both inclusive and secure. On the one hand, the government should both increase internet access and optimize internet speeds for rural and poor populations in a non-discriminatory manner. On the other hand, technology companies like Microsoft and Facebook need to continuously improve the security of video call and messaging platforms. Such measures could include making publicly available the risks of digital platforms and the ways in which such risks are being mitigated.

At the end of the day, however, the digitalization of transitional justice should not be seen as a long-term solution, as it can never replace the visceral dynamics of in-person human interaction and emotion – both essential in transitional justice processes. Questions regarding sincerity, closure, and justice will only be amplified through this transition to virtual platforms, which may have significant implications for the long-term effectiveness of Colombia’s peace process.