The world is still wide and alien 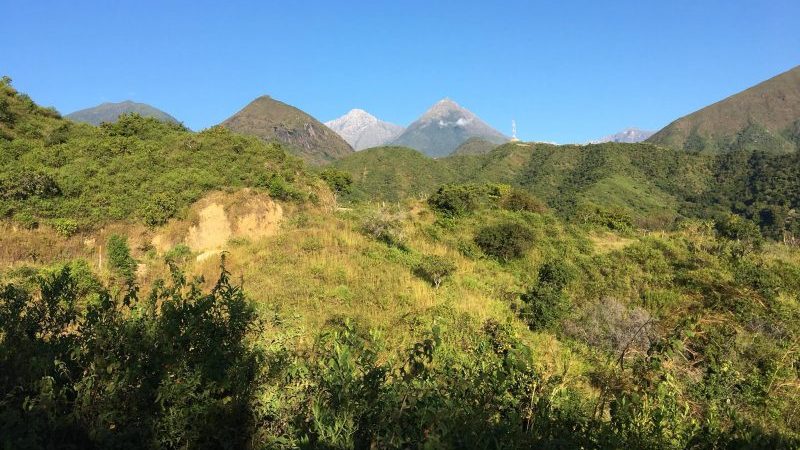 The unforeseen incidents of bringing together a handful of indigenous leaders from around the world to Colombia for the First Global Workshop for Indigenous Leaders.

The unforeseen incidents of bringing together a handful of indigenous leaders from around the world to Colombia for the First Global Workshop for Indigenous Leaders.

Trent is a young Lakota living in Rapid City, United States. He is part of the Standing Rock community and was selected as a participant of the workshop because of his active participation in protests against the South Dakota pipeline. Trent did not have a passport. A few weeks before the workshop, we began the process to apply for one. However, the entity in charge did not authorize its issuance arguing that the identification document submitted (a tribal ID), issued by the State itself, was an ‘insufficient form of identification.’ Trent, who had not yet received his driver’s license, because by virtue of living in a rural area it takes up to four weeks to receive it in the mail, was unable to send a ‘valid’ identification document to process his passport in time for the workshop and thus, could not come.

Many of us think that technology is able to reduce distances, but when people move physically, we discover that there are still many difficulties to move around the world, especially if we want to travel between Global South countries.

Since I have been working at Dejusticia, I have had the fortune to support the Global Workshop. My work has focused on contacting participants and contributing to their welfare since the moment they leave their home until they return. For the First Global Workshop for Indigenous Leaders on Strategies for Defending Human Rights, held on December 2017, co-organized by Racial Discrimination Watch(ODR) and Dejusticia, and after a busy application cycle, we invited people from: Nepal, the Philippines, Cambodia, Pakistan, Senegal, Cameroon, Burundi, Uganda, South Sudan, Mexico, Ecuador, Peru, Colombia and the United States.

A map showing the different locations where participants came from.

Three months before the Workshop took place, I began my task of ensuring that all our guests arrived safely in Bogotá in order to begin the journey that ran from the high mountains of the Sierra Nevada in Colombia, to the shores of the Caribbean coast and back to the cold mountains of Bogotá. 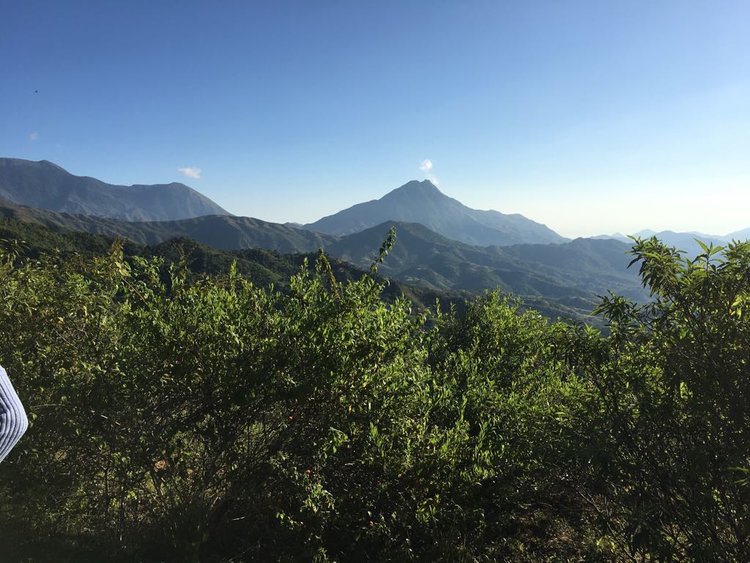 The workshop hoped to bring indigenous leaders from everywhere and take them to the ‘heart of the world’ in the Sierra Nevada of Santa Marta, in northeastern Colombia where the snow-capped peaks of the Andes meet the Caribbean coast. Besides the exchange of strategies for fighting for the rights of native peoples and indigenous communities, the workshop had an important component of spiritual harmonization led by the Mamos or spiritual leaders of the Kankuama community and our friends from Zen Peacemakers.

In this blog, I would like to narrate some anecdotes related to the difficulties of having people travel between Global South countries.

Sahera lives in Lahore, Pakistan. Because she is Pakistani, she cannot travel almost anywhere without requiring a transit visa. Her itinerary was Lahore – Istanbul – Bogotá [2] , however, she could not travel because the immigration authorities at the Lahore airport did not allow her to board with a ‘paper’ visa (Colombia does not stamp the passport visas but issues an electronic visa that must be printed) and requested that the Colombian Embassy communicate with them and confirm that Sahera could travel – on a Friday, a holiday, and at midnight Bogotá time. Finally, Sahera could not travel, since the next direct flight was three days after the workshop had started.

Shirley, is a Filipina girl. Her trip to Bogotá began with a journey of almost eight hours by bus from her hometown to Manila, where she would take a flight to Frankfurt and from there to Bogotá. On paper, it seemed easy. Shirley did not need a visa for Europe because she would not leave the international area of the German airport. Unfortunately, the official [3] at the counter of the airline told Shirley that when she arrived to Frankfurt, she was supposed to exit, claim her bags, and register once again. Exiting and re-entering involved crossing customs and for that, she needed a visa. After considering all the options, I had to ask Shirley to leave her bags at the airport and travel only with a carry-on suitcase. Shirley’s story does not end there. When she arrived to Frankfurt, there was a heavy snowstorm that caused the cancellation of more than 300 flights. Shirley had to sleep in a chair at the airport because to be able to go out and stay at a hotel, she NEEDED A TRANSIT VISA [4] .

Neth and Sreyneang, both from Cambodia, were also trapped in Frankfurt. They traveled from Phnom Penh to Frankfurt and then to Bogotá. However, due to the storm and the collapse of flights, Sreyneang would arrive at the workshop a day late and Neth two days later (making a cumbersome stop in São Paulo). Neth’s arrival was incredible and luckily, he reached us in Atanquez (our first stop in the Sierra Nevada). When he arrived in Bogotá, he took the last flight to the city of Valledupar, where a Kankuamo driver waited for him and took him to where the group was.

Sreyneang arrived in Bogotá, but her suitcases did not. Benson, originally from South Sudan, also lost his bags on his way to Bogotá. Their suitcases arrived after the workshop was over and now we have the task of ensuring that they return to Cambodia and South Sudan.

With technology, we believe that everything can happen at a distance. However, the creation of spontaneous meetings can never be replaced by a video conference. There is no technology to replace a hug or a shared dance or a gastronomic experience. Face-to-face encounters are mostly moments in which souls intertwine and experiences merge. But we must not lose sight of the fact that it is political and economic decisions that restrict the mobility of people. It is not accidental that several of these indigenous leaders had problems traveling, or even that it was impossible for some of them to come. 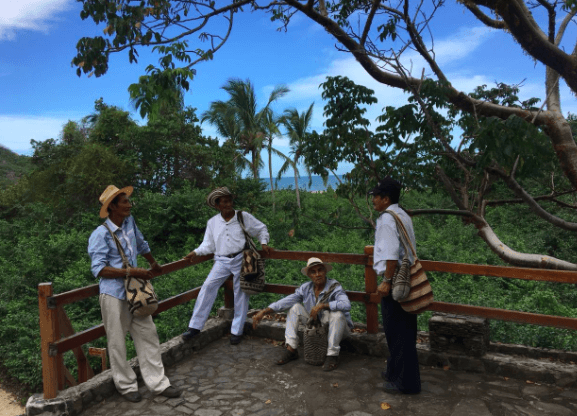 Photo of the Mamos, indigenous authorities, in the Tayrona Park at the end of our long journey on the beaches of the Caribbean Coast. The Mamos accompanied us throughout the workshop guaranteeing our spiritual well-being. Photo by: Angélica Cuevas.

You can exchange documents, videos, audios, and photographs electronically and at the speed of light, but it is not possible to convey glances, accents, subtle reactions, which are the essence of close communication and the creation of trust. In the words of César Rodríguez, creator of the Workshop, the intangible components of this type of collective effort are measured not in indicators but in bonds of solidarity and vital learning among leaders who, despite having so much in common in their causes, would probably not have had a space to meet with its Global South counterparts without the workshop.

Lessons learned, one must travel light of luggage, only loaded with experiences and hugs to give; we must anticipate the unpredictability of the weather, of the officials, of the bureaucracies; one has to design the route from and to the door of each participant’s house and count the borders one has to cross; one has to breathe deeply and take on the task with the greatest strength and endurance. The reward is immeasurable and the photography of the whole group, under the same sun, on the same stage, is the testimony of a great effort, although it falls short of telling the story of how challenging it was to bring each one of the smiles shown on it. 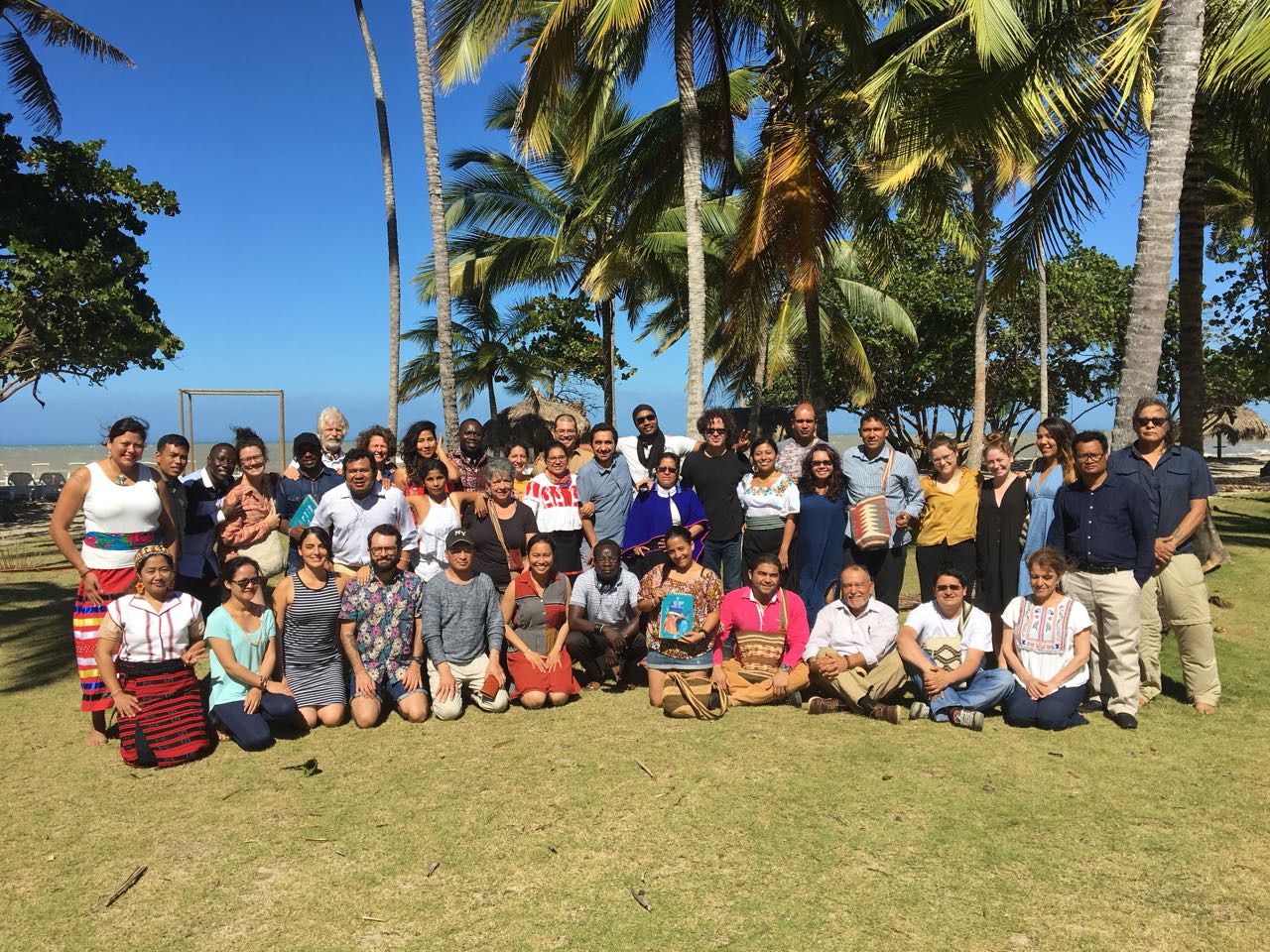 The Workshop´s participants and instructors. Photo by: César Andrés Rodríguez

Global South countries need to get closer, find different paths to interact, eliminate bureaucratic borders, build real bridges and effective shortcuts for people to meet physically and on the ground. Solidarity and fraternal embraces are those that build strong and productive links in the common struggle for human rights.

[1] The title of this blog comes from the novel by Ciro Alegría.

[2] I take this opportunity to give advice: the best route for a person from Africa or Asia to travel to Colombia is via Istanbul, since, as long as you do not leave the international area of he airport, you do not need a transit visa and there is a direct flight Istanbul – Bogotá.

[3] Officials can be especially rude and annoying to people from the Global South.

[4] Another trick for readers: on the page www.nicelounge.com you can book a lounge to rest and hang out at almost every airport in the world.