In Venezuela, cancer patients are dying without access to morphine 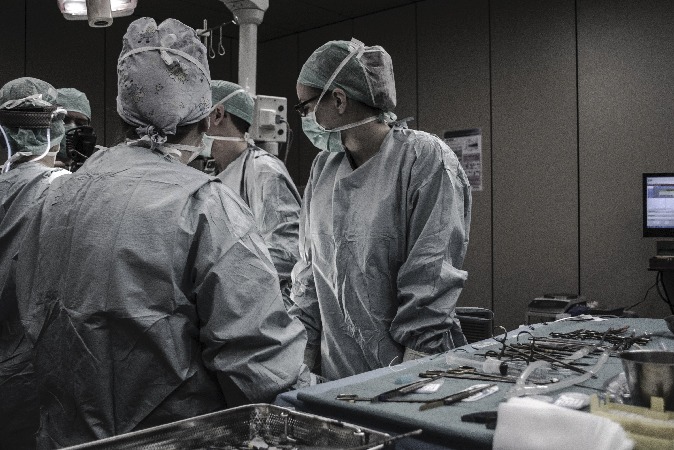 The shortage of medicine in Venezuela has generated a humanitarian crisis that impacts thousands of patients. According to approximated statistics, only 10% of patients with terminal and/or chronic illnesses that require medication like morphine actually enjoy access to such. They face a dilemma of having to choose between hunger and pain.

The shortage of medicine in Venezuela has generated a humanitarian crisis that impacts thousands of patients. According to approximated statistics, only 10% of patients with terminal and/or chronic illnesses that require medication like morphine actually enjoy access to such. They face a dilemma of having to choose between hunger and pain.

Mari is Venezuelan and got to Colombia last December. Although the economic decline brought on by meager earnings and food, transport issues, and instability posed problems for those living in Maracay, her main reason for emigrating was the scarcity of medications. Mari suffered two tragedies within her family as a result of this shortage. She first suffered through the anxiety of urgently trying to acquire quetiapine for her son, Carlos. He suffers from a nerve disorder and needs at least one pill of this medicine daily to remain stable. Despite it not being an expensive medicine, Mari had to come to Colombia because she could not acquire quetiapine in Venezuelan pharmacies and her attempts to import the medicine from Spain was denied by customs at the border. Later, a few days before embarking on the journey to Colombia, she buried her 26-year-old nephew, who died without treatment for cancer and without medications like morphine — necessary antidotes to alleviate the terrible pain experienced during ones dying days.

The crisis of Venezuela’s healthcare system has intensified, according to statistics projected by the most recent 2018 National Survey of Hospitals conducted by the NGO, Doctors for Health, along with the National Assembly. Of 104 public hospitals and 33 private ones, 79% do not have water, 14% of the intensive care unit rooms have been shut down, and there is a shortage of basic medical tools like catheters and baby food. The situation is all the more serious in the case of palliative care and pain alleviation: according to the American Cancer Society, more than 23,000 people die of cancer in Venezuela every year. Very few of them receive the treatment they need. Per Ismariel Espein, President of the Venezuelan Palliative Medicine Society (SOVEMEPAL), only some 10% of patients with terminal illnesses who require medications for the alleviation of pain actually have access to such. The few who do manage to get medicines like morphine are sent it by family members in other countries or buy it on the black market at exorbitant prices.

According to Ismariel, a single vial of morphine on the black market can cost between 600 thousand and two million bolívares (12 and 40 USD), while the minimum monthly wage is only 1,307,646 bolívares (26 USD). Morphine is included on the list of essential medicines by the OMS, and what’s more, it is quite cheap — an approximate 2 USD per mg. The inflated costs of these medicines in Venezuela disables the patients from buying the doses they need, seeing as a patient with severe pain requires between 4 and 5 vials per day. The failure of the healthcare system to guarantee the availability of these medicines at a reasonable price thus places patients at a crossroads: choose between hunger and pain. Ismariel comments that many of his patients prefer to spend what little earnings they make on food to at least have some energy to handle the pain.

These are not isolated cases, as is underscored by estimates from the International Narcotics Control Board, a United Nations body in charge of monitoring the consumption of controlled substances like opioid derivatives. They find that in Venezuela, the consumption of such hovers around 0 mg. per capita in recent years, and there are not even statistics reported for 2015.

Along with the scarcity of medications, there is a lack of specialized doctors with the knowledge of how to diagnose and treat illnesses like cancer. Due to the severe economic crisis the country is currently suffering, many specialists have emigrated. For example, of the 43 palliative doctors who are members of SOVEMEPAL, only half remain in the country. Those who have stayed confront daily the frustration of not being able to count on having the resources necessary to treat their patients. They do what they can to support their patients by acquiring medications from patients who have already passed away. In the face of the impossibility of doing their jobs, they say that “given the lack of morphine, the only palliative care we can offer is psychosocial support.”

Ismariel tells us that up until three or four years ago, the Venezuelan State bought opioid medications directly from labs and distributed them for free to public hospitals. Nevertheless, imports of medications have decreased considerably since 2014 due to, amongst other factors, the falling price of oil that has left the government with little income. Additionally, the few labs that remain in the country cannot count on the resources necessary to purchase the raw materials for making medicines.

In the face of this dire situation, various medical associations — including SOVEMEPAL — have made public announcements where they underscore the gravity of the situation and call on the government to take action. Nevertheless, their solicitations have not been answered by the responsible parties in the government.

Despite the fact that health is consecrated in Venezuela’s Constitution as a “fundamental social right, an obligation of the State, which guarantees it as a part of the right to life”, the government’s lack of political will in their failure to recognize the magnitude of the crisis and accept international help has devolved into insurmountable obstacles for those who need to live and die without pain and with dignity.