In the Case of the Kaliña and Lokono Peoples v. Suriname, decided in November, 2015, the Inter-American Court relied on the GPs and other international instruments in order to determine whether Suriname had violated its obligations under the American Convention. This event, while seemingly small, increases the legitimacy of the GPs as international norms.

In the Case of the Kaliña and Lokono Peoples v. Suriname, decided in November, 2015, the Inter-American Court relied on the GPs and other international instruments in order to determine whether Suriname had violated its obligations under the American Convention. This event, while seemingly small, increases the legitimacy of the GPs as international norms.

It is neither a secret nor a surprise that the effects of the Guiding Principles on Business and Human Rights (the GPs) have not yet been felt by the communities and individuals most affected by corporate activity.  Today, as in 2011, when the GPs were unanimously endorsed by the Human Rights Council, there are good reasons for skepticism of this non-binding instrument, and for the support of the process toward a binding treaty on Business and Human Rights, which began in 2014. Among the many critiques of the GP implementation process have been: a lack of attention to access to remedies for victims; unfair, badly designed and subpar grievance mechanisms created by corporations; State failure to regulate corporations to ensure and protect the human rights of communities that are affected by their activities; corporate resistance to provide reparations for harms they cause. The problem, as with many human rights norms, is effective implementation.

While we consider treaty-based answers to the implementation gap, however, I want to highlight the implications of an Inter-American Court case in nudging forward the implementation of the GPs. In the Case of the Kaliña and Lokono Peoples v. Suriname, decided in November, 2015, the Inter-American Court relied on the GPs and other international instruments in order to determine whether Suriname had violated its obligations under the American Convention. This event, while seemingly small, increases the legitimacy of the GPs as international norms. Increased norm legitimacy, in turn, is widely recognized as contributing to better implementation. 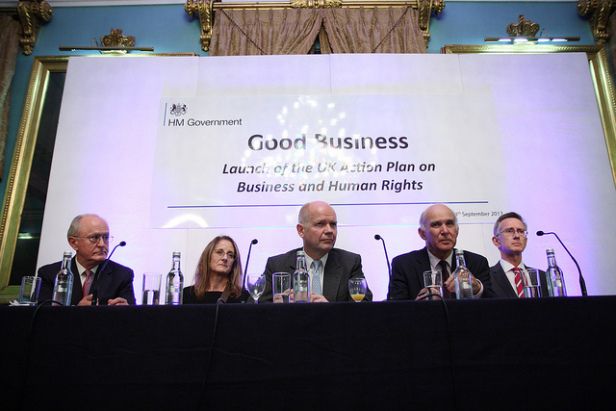 Former Foreign Secretary William Hague and Business Secretary Vince Cable with Professor John Ruggie (author of the UN Guiding Principles) and Marcela Manubens, Global VP for Social Impact, Unilever at the launch of the action plan on business and human rights in London, Photo by: Foreign and Commonwealth Office.

Legitimacy of a norm is often, but not exclusively, enhanced by a binding treaty. As the norm is legitimized, it can make human rights claims more effective, and can dampen the evasiveness of States and corporations. It also makes the internalization of these norms at the national level more likely, and increases the opportunities for calling the State to account. Increased legitimacy happens slowly, but it can be boosted by a norm-affirming event, such as the ratification of a treaty, or, as in this case, by an international human rights body taking the norm seriously.

The Kaliña case had to do with two mining corporations’ damage to the environment and violations of the rights of indigenous peoples in Suriname. In examining the conduct of the mines and that of the State, the Court relied on the commentary to Principle 18 of the GPs and contrasted its step-by-step recommendations to the actions of the mining companies. Principle 18 addresses the responsibility of corporations to identify and assess potential adverse human rights impacts, which “should” involve independent experts, and meaningful consultation with potentially affected groups. The failure of the businesses to abide by their responsibilities resulted in a finding against the State, for its own failures to regulate the activities of the mining companies. 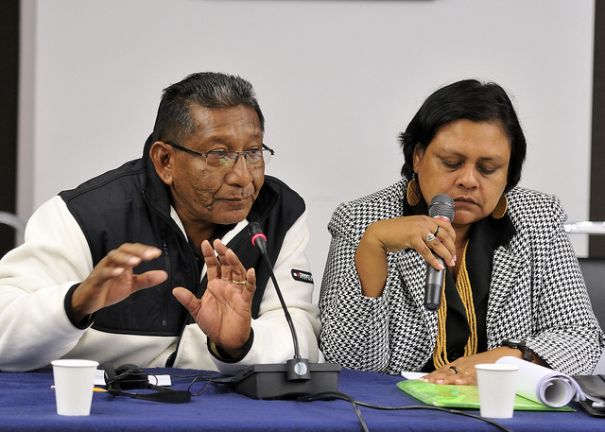 The Court held that the State of Suriname failed to “ensure that an independent social and environmental impact assessment was made prior to the start-up of bauxite mining” and also found that it “did not supervise the assessment that was made subsequently.” The State’s failures were made worse by the fact that the mining activities were to “be carried out in a protected nature reserve and within the traditional territories of several peoples.” Kaliña, para. 226.

When the Court considered whether Suriname had failed to fulfill its obligations under the Convention, it relied on its jurisprudence on violations by private individuals. How, in other words, can a State be held responsible for the actions of private actors? Back in 1988, the Court considered an enforced disappearance case against Honduras, and held that the State was liable for human rights violations committed by a private actor because  it had failed to investigate and prosecute, among other omissions. Since then, the Inter-American system has relied on its interpretation of State obligations in cases related to State failures to protect women from domestic violence, failures to regulate public and private health facilities, and, in Kaliña, a failure to properly regulate a mining company, as outlined in the GPs.

Why does the Kaliña case matter? In the quest to make BHR obligations binding, this case is instructive. Here, the bases for State liability were not the GPs, nor could they be, as the Inter-American Court only has jurisdiction to interpret the American Convention on Human Rights and to consider whether a State abides by its obligations under that Convention. However, the Court has long held that it has the authority to look to the content of other international instruments to inform its analysis of whether the State complied with its obligations to protect human rights under the American Convention. Thus, the Court considered whether the State’s failure to ensure that the corporations complied with the GPs was a violation under the Convention, and concluded that it was. In effect, by using the GPs as a guide for the state of international law in the context of business and human rights, the Court turned the weak-kneed “should” language in Principle 18, into a requirement that the State was expected to have ensured. 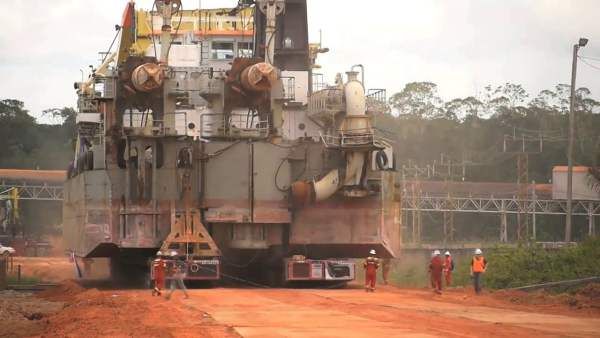 In the Inter-American system, a failure to comply (and require corporations to comply) with the GPs in a context comparable to that of the Kaliña case can be considered a failure to comply with binding State obligations under the American Convention. Given that the interpretation of State obligations for private actors’ violations has mainstreamed well beyond the inter-American system, advocates should take note, and should hammer away, insisting that States Parties to the ICCPR, regional human rights instruments and other human rights instruments, have the obligation to ensure the enjoyment of human rights, and that this also requires States to ensure that corporations abide by the obligations and responsibilities set forth under the GPs. Yes, there are usually long struggles to implement Inter-American Court rulings. And yes, there are important limitations to focusing on State responsibility that must be addressed, particularly in the face of violations by powerful corporations that openly defy state authority. However, there is something to be said for plugging the hole of States’ willful failures to regulate corporations and protect communities. In the process, there is something to be done to entrench the GPs and inch them in the direction of binding norms.

Dejusticia intervenes at UN on transnational corporations and human rights