For a stable peace, a sensible opposition 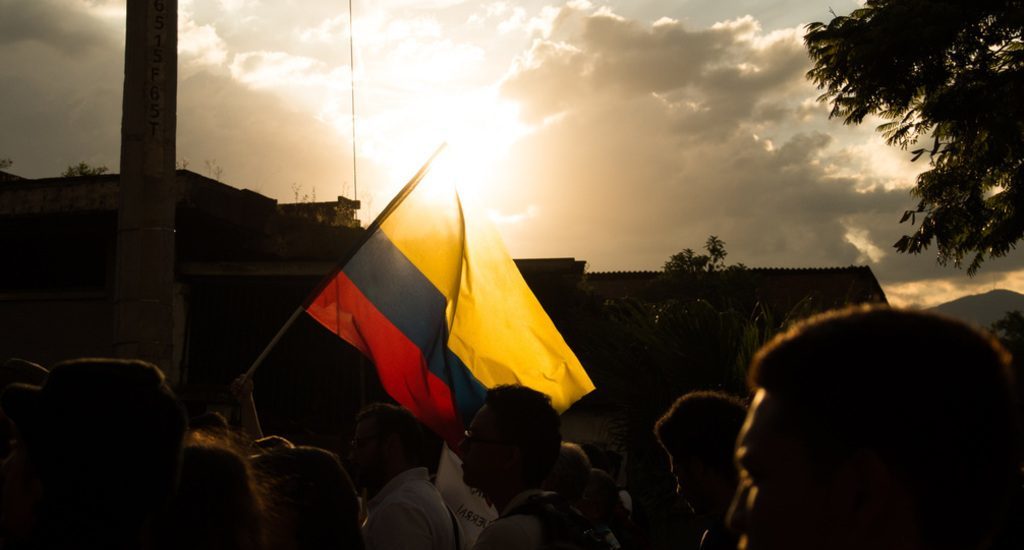 One of the most difficult wounds to heal from the armed conflict is closely related to the democratic debate. In the post-conflict period, democracies tend to be at their weakest point. Hence why a sensible dialogue between political forces is a condition for the prosperity of peace.

One of the most difficult wounds to heal from the armed conflict is closely related to the democratic debate. In the post-conflict period, democracies tend to be at their weakest point. Hence why a sensible dialogue between political forces is a condition for the prosperity of peace.

The implementation of a peace agreement that is intended to remain stable over time involves thinking about how to create robust political systems, where deliberation between strong parties, which serve as mediators between different social demands, starts with a debate of ideas as opposed to the elimination of opposing points of view. In particular, it is crucial to question the role that the political opposition has in these transition periods in order to strengthen the processes of social transformation that follow the signing of a peace agreement. Processes ranging from expanding political participation to traditionally excluded sectors, to ambitious agrarian reform policies and, in general, to the fulfillment of the socioeconomic rights of the impoverished population.

A few weeks ago, I watched with amazement, not to mention with fear, the transmission of the conference of the main opposition party in Colombia. During the event, a member of the group, which is led by Senator Uribe, the former right-wing president of Colombia, warned that if his party won the presidential elections of 2018, they “would shred apart the damn document of the Peace Agreement” between the Colombian government and the largest rebel force in the country. Uribe himself, in the Concordia Europe Summit, portrayed Colombia as a country where the rebels, whom he described as “the first drug cartel in the world,” enjoyed total impunity with government acquiescence. This is partly due to his disagreement with negotiated peace and his inclination towards military victory as the only way to resolve conflict. Conference of the Democratic Center, a right-wing party and the main opposition force to the Colombian government. Photo: Flickr- Centro Democrático

Hearing these reactions, I wondered why in a world stunned by the atrocity of bullets and bombs, where the peace process in Colombia is seen as a light of hope, political leaders in the country raise their voices vehemently to oppose negotiated peace. And, with that political position, try to threaten what could be the greatest democratic progress after a war: to silence rifles in order to debate in the political arena.

It is well known that post-conflict periods are often fraught with uncertainty. After prolonged periods of violence, the democratic institutions that intend to receive the demobilized ex-combatants and implement what was decided at the negotiating table often face difficulties. In a report for NOREF, Clare Castillejo shows how in post-conflict contexts political systems tend to put aside their deliberative essence. After studying the experience of three countries – Sri Lanka, Nepal and Myanmar – Castillejo showed how the post-war political systems are deeply fragmented, with an exacerbated multi-party system that is also polarized and tied to individual personalities.

Thus, the opposition plays a key role in democratic dialogue. As noted by the African Democratic Institute, opposition forces are crucial because they can perform at least four key functions: to denounce the government’s abuses; be a credible alternative to the government; promote and stimulate debates in parliament; and serve as a platform for future leaders. In short, the opposition can represent a true counterweight to the ruling party. However, if these functions are not adequately fulfilled, nepotism and arbitrary blockage based on ideological fundamentalism often prevails. With the aggravating fact that in contexts of transition decades of violence exacerbated political antagonisms, the possibilities of inciting violence are high. Sri Lanka is an example of how to be in the opposition during the post-conflict years. Following the defeat of the Tamil Tigers by the military in 2009, there has been widespread political discussion on how to carry out the transition after decades of identity conflict. Under the aegis of charismatic ultranationalist Mahinda Rajapaksa, the end of the conflict was intended to be done through victors’ justice, seeking to promote impunity for more than 40,000 murders carried out by state forces. Moreover, as Castillejo notes, the ruling party took the opportunity to concentrate its power, forge an authoritarian administration and foster corruption as a government strategy.

In 2015, the opposition responded to this situation with a broad reaching platform around strengthening the rule of law and creating accountability mechanisms for dealing with the legacy of violence, which led Rajapaksa to lose the presidency that year. However, there is currently a strong confrontation due to the excessive polarization that Rajapaksa has exerted after his defeat, which has been founded on the idea of betrayal to the military and a sectarian discourse around identity conflicts that fueled the war in the first place. Nevertheless, the government continues its approach of implementing more conciliatory policies that helped secure the presidency.

How to exert opposition after a peace agreement in political systems that are imperfect because of the wounds of the conflict? With a sensible opposition that brings forth a pact on what is fundamental during the post-conflict period: peace keeping. If the political work is servile to the intensification of differences to the extent that it threatens the stability after a peace agreement, we must ask as citizens if this makes sense. Now, if the opposition acts as a political counterweight, but is open to consensus that facilitates democratic strengthening, we will know that we are on the right track to heal the wounds of political systems after the war.

In Colombia, the opposition could focus on the benefits that peace brings to a country with such a long legacy of violence and on how to strengthen and improve the implementation of negotiated peace. A consensus to exercise honest political control over the ruling government, as in Sri Lanka, one that sets aside incendiary proposals that promote the return of violence. The latter are in opposition to the country.

*Daniel is a researcher at the Center for the Study of Law, Justice, and Society (Dejusticia).

Trampling on rights by judicial order: the risks of presidential appointments of judges in a personalist era

Confusion in the ICC

When the Truth Prevails, What Happens to Justice?