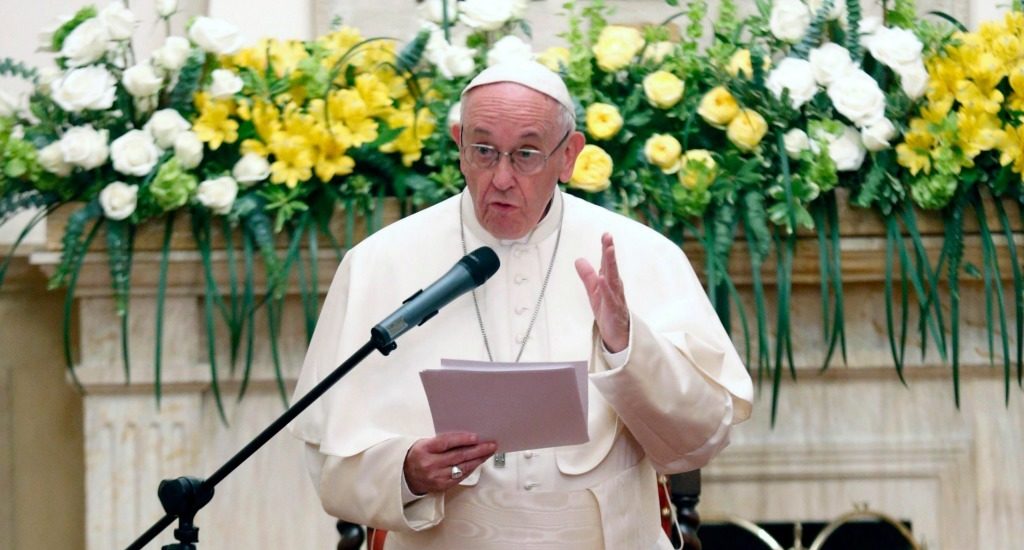 To take seriously the visit of Pope Francis is to take seriously his message on the environment. The central idea of ​​Francis’ ecological encyclical is as simple as it is conclusive: everything is interconnected.

To take seriously the visit of Pope Francis is to take seriously his message on the environment. The central idea of ​​Francis’ ecological encyclical is as simple as it is conclusive: everything is interconnected.

The central idea of ​​Francis’ ecological encyclical (Laudato si) is as simple as it is conclusive: everything is interconnected. “Just as the different aspects of the planet are interrelated, so too living species are part of a network which we will never fully explore and understand.” This is the essential intuition of an ecological mysticism line in Christianity, from St. Francis of Assisi in the thirteenth century to Thomas Merton in the last century.

But it is not necessary to be a Christian, not even a believer, to share this vision. Alexander von Humboldt perceived the same thing two centuries ago from the summit of the Chimborazo and wrote about a unique planetary “network of life”. Contemporary astronomers such as Carl Sagan and Neil Tyson propose a cosmic view of humans, based on scientific evidence that reminds us that natural beings (bacteria, genes, climate, stars) control us much more than we control them.

Within the Christian faith – and contrary to the traditional interpretation of the Bible – Francis’ encyclical argues that the task of humans is not to dominate nature, but to manage and take care of it. From this, we can draw a profound moral consequence: to respect human dignity and to respect the planet are two sides of the same coin. It is not about taking sides between people and the environment, but about eliminating the dichotomy, as science historian Naomi Oreskes writes in her commentary on the encyclical.

It is a message that takes an explicit position in current discussions. Defending human rights entails defending the rights of nature and future generations. In debates on issues like mining, the encyclical suggests that “local people should have a privileged place,” as in popular consultations. The social crisis and the ecological crisis are one; if consumerism and inequality are not reduced, there is no earth or atmosphere that will last.

The two years of record temperatures, floods and hurricanes that have passed since the encyclical have convinced me that what is extreme is not the Pope’s message, but the period in which we live. Now that scientists have officially announced that we are in a new geological age – the Anthropocene, marked by the footprint of our species – new theories and new actions are essential. I agree with Tim Morton, perhaps the most influential philosopher of the Anthropocene, when he writes that “we must change the basic ideas of what it means to exist, what the Earth is, what societies are.” I agree with Francis and Oreskes that technical and political solutions are insufficient in the face of planetary dilemmas such as global warming and that profound changes in the beliefs that guide human behavior are needed.

That is why Francis’ message is indeed radical. Because it lives up to the times.

25 Voices against Deforestation: Finalists for the Children’s Climate Prize