The weakening of rights has come in blows that are difficult to perceive, but which have a substantial impact in the lives of women and LGBT people.

The weakening of rights has come in blows that are difficult to perceive, but which have a substantial impact in the lives of women and LGBT people.

The commemoration of International Women’s Day this year has surprised us with a variety of challenges related to the latent threat of the regression of rights for women and other minority populations. The fallacy built around the term “gender ideology” (ideología de género) served this past year as a war horse to win multiple presidential elections. In reality, we face the uncertainty of knowing what, of all that was said during these campaigns, is simply demagogy and what are true political promises aimed at weakening the guarantee of rights.

The concept of “gender ideology” as an electoral tool has been studied in Latin American academia. According to Rogeiro Junqueira, it corresponds to an intervention by the Vatican that was greatly welcomed by conservative sectors not pertaining to the Catholic Church, sectors that have seen a confluence of expressions of sexism, machismo, classism, racism, and xenophobia. The researcher argues that gender ideology is a strategy that reconfigures the political agendas of Christian groups and conservative sectors to combat social advances in terms of rights, especially sexual and reproductive rights. This makes sense if we analyze the political discourses of various presidents from the region, in which discriminatory narratives do not stop with machista expressions, but extend also into racist and classist claims.

March “for life” in Peru, part of the #Don’tMessWithMyChildren (#ConMisHijosNoTeMetas) campaign. Source: Wikimedia.

Such is the case of the president of Brazil, whose rhetoric against Afro-descendents, workers, homosexuals, and women has been widely spread. This case is particularly worrying because the discriminatory discourse didn’t end with the campaign. What’s more, a few days after the new government began, the Minister of Women, the Family and Human Rights (ministra de la Mujer, la Familia y los Derechos Humanos), Damares Alves, assured that a new era had arrived where “boy wear blue and girls wear pink.” Furthering this idea, she said, “in Brazil we have ‘Pink October’, which refers to the campaign against the prevention of breast cancer in women, and we have ‘Blue November’ related to prostate cancer in men; when I said that girls dress in the color pink and boys in blue it meant that we are going to respect the biological identity of children.” This is official and openly transphobic rhetoric.

Up until this moment, in Brazil there have not been reforms that directly repeal women’s rights. Nevertheless, there is a clear absence of a gender perspective in the government’s policies, which has started to have a negative impact on Brazilian women. For example, a law was recently approved that allows anyone older than 25 without a criminal record to carry guns, which in practice means the freeing of the arms market in the country. This change in policy did not take into account that half of murders of women in Brazil are done with firearms, and 24% are committed within the home by people who were close to the deceased victims. Such numbers anticipate an increase in femicide as a result of the new gun laws.

Following the logic of reducing a gender perspective in public policy, Colombia has made the LGBT population completely invisible in terms of the government’s plan for the next four years. Colombia has also alarmingly reduced the budget for programs focused on gender equality. Paradoxically, although the government has parity in its cabinet and a minister who is openly gay, the policies of the government have not reflected an interest in protecting the rights of women and LGBT persons. On the contrary, the lack of a mention of LGBT people in the government’s plan could implicate that during the next four years they will not be beneficiaries of any policy. On the other side, it’s clear that the defunding of programs aimed at women will affect the efficacy and execution of these programs. 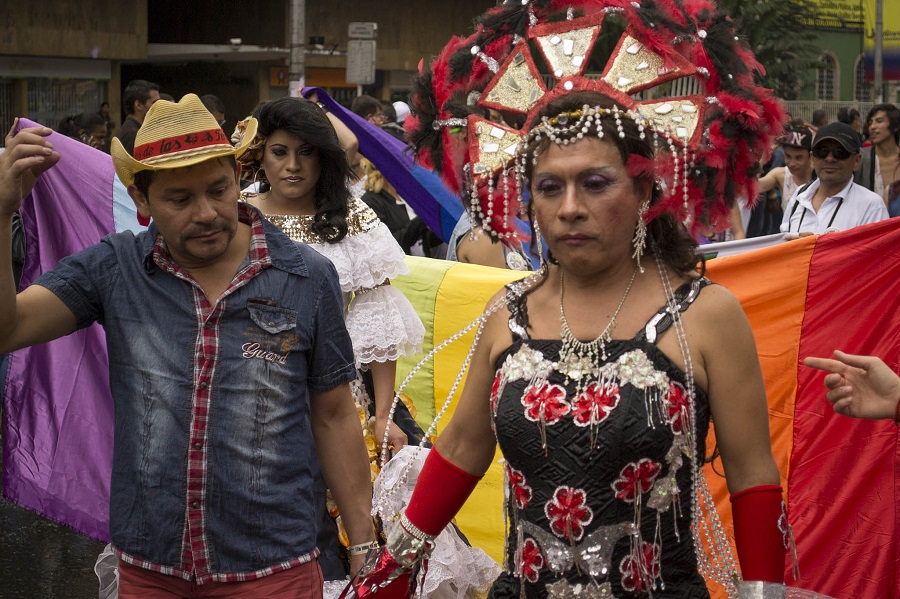 Now, this project of weakening guarantees of rights for women and other minority groups, even if it does typically originate in the government, has also been carried out by constitutional bodies. Such is the case in Bulgaria, where the Constitutional Court ruled that the European Council Convention on Preventing and Combating Violence against Women and Domestic Violence (also known as the Istanbul Convention) defies the Bulgarian Constitution. Nationalistic parties and the Orthodox Church strongly opposed the the law ratifying the convention in the analysis of the law’s constitutionality. The primary messages of the campaign refer to the dangers of gender ideology, marriage equality, and the third gender.

What is described here shows us that the roll-back of rights for women and other minority groups does not necessarily happen through legislative reforms. Reactions range from the dismantling of a gender focus in public policies to removing LGBT people from governmental policies to blocking new regulatory instruments for the prevention of violence against women. The weakening of rights has come in blows that are difficult to perceive, but which have a substantial impact in the lives of women and LGBT people.

This is only one part of the context we face in 2019, on International Women’s Day. It is a reality that asks us to be attentive to the small changes, to not underestimate their impact. It challenges us to be innovative in our reactions to these attacks. And, above all, it demands that we commit to resisting the promises that would take away our dreams of a more just and equal society.