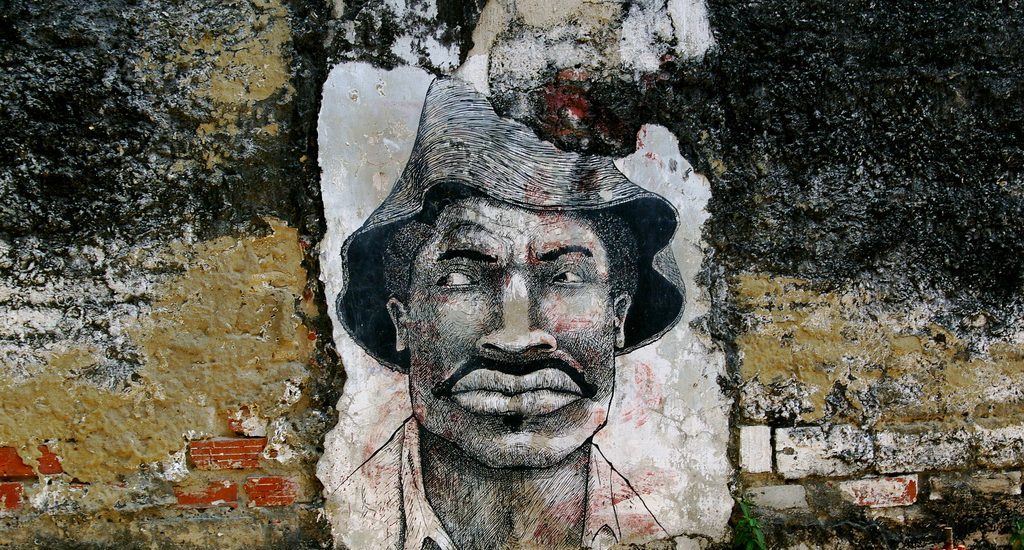 In Latin America, gentrification processes affecting social and cultural rights of economically vulnerable populations are becoming more common. In light of these scenarios, there is a clear need to demand the state to carry out urban transformations at the same time it protects memory, cultural expressions, and other elements that characterize our neighborhood.

In Latin America, gentrification processes affecting social and cultural rights of economically vulnerable populations are becoming more common. In light of these scenarios, there is a clear need to demand the state to carry out urban transformations at the same time it protects memory, cultural expressions, and other elements that characterize our neighborhood.

Transformation processes in Latin American cities brought the sharpening of unequal realities, dispossession, and socioeconomic segregation. The restoration of old architectural structures and urban centers increases property prices, resulting in the displacement of local residents and the violation of multiple rights. This phenomenon, known as gentrification, triggers changes in the resident population, housing structures, and commercial activities, and is driven by an increase in land value due to speculative investment strategies in real estate projects. At this point, it is worth asking if it is possible to intervene in this matter given the significant impact on residents’ rights, or if it is an unstoppable natural consequence of market rules in the configuration of cities.

There are serious doubts about the relevance of the term gentrification to explain the Latin American phenomenon since it was initially used to describe the realities of England and the United States. For Jonoschka and Sequera, although the context influences the strategies and the impact of gentrification, this global phenomenon shares consistent elements around the world given the desire of middle and upper classes to appropriate the central urban landscapes through real estate investment. Among the particularities of Latin America, these authors highlight: the role of local authorities in urban reorganization; symbolic violence involving the appropriation of cultural heritage; and material violence applied through the forced regularization of informal economies. Given the intensification of gentrification regionally, Fernando Carrión suggests that the revaluation of urban centers is due to a demographic transformation of countries: in 1950, the concentration in cities was 41%, while at the beginning of the 21st century this figure rose to 80%. Thus, the available space for urbanization is increasingly reduced.

Strong gentrification processes are evident in Colombia. A paradigmatic case is the district of Getsemaní located next to the historic center of Cartagena de Indias. After UNESCO declared the city as a world heritage site in the 1980s, private investors started buying houses in the inner city, generating rising real estate costs. In the last decade, due to the decreased supply in the area, investor interest has migrated to surrounding neighborhoods like Getsemaní. This has led to a decline in the local population of the working class neighborhood, which is also home to a great concentration of historical memory and processes during the independence period. In 2012. the neighbors conducted a population census, reporting a retention rate of native residents at 28%. In 2013, the same census showed a retention rate of 16.7%, demonstrating an alarming decline of more than 10% from one year to another. Regarding the economic conditions of the locals, 61% of these families live on the minimum wage.

The coincidence between this type of UNESCO recognition and gentrification is not exclusive to Getsemaní. This relationship is also evident in cities like Cuenca in Ecuador, Buenos Aires in Argentina and Salvador Bahia in Brazil. This is because the local authorities have prioritized maintenance and recovery of urban centers to attract foreign investment and turn these areas into attractive spaces for tourism. This has occurred without thinking about city planning in terms of the locals’ enjoyment and well-being.

But gentrification experiences do not always begin with the lack of state protection for residents, which facilitates the sale of real estate and the subsequent transformation of the neighborhood. There are also processes in which the state plays a much more active role and focuses on the expulsion of informal commerce through strong policies of public space “recovery.” This has occurred in Mexico, where in the mid-nineties and early 2000s the government implemented a plan for the “recovery” of the historic center in Mexico City. The plan entailed the eviction of approximately 25,000 street vendors, along with a public expenditure of more than 400 million USD, and private investment in 81 thousand square meters in houses, lodgings and offices. The resulting commercial and real estate development increased the cost of living in the area, displacing informal vendors and long-time residents.

In light of this reality, experiences of resistance developed in academic spaces and collective neighborhood actions to defend the rights of affected communities. Whereas it is not possible to advocate for the intangibility of urban centers, various groups are aiming to reduce the negative impact of urban transformations by demanding a democratization of the benefits given under the regeneration of these areas. Increasingly, the concept of  the “right to the city” gains force, which is understood as the power to demand the renewal of urban spaces together with inclusion policies and thus, avoiding the indirect displacement of locals. But beyond the aspirational aspect, to what extent is there a legal “right to the city”? For Lucas Correa, this collective nature right has three dimensions: the equal enjoyment of city spaces, the possibility of collective and participatory construction in city affairs, and the effective enjoyment of human rights in urban contexts.

The right to the city is a response to the multiple challenges of city building, like gentrification, which raises a tension between past conditions of state abandonment (that are neither possible nor desirable to return to) and urban planning processes with an economic vision.

In Latin America, gentrification processes affecting social and cultural rights of economically vulnerable populations are becoming more common. In light of these scenarios, there is a clear need to accept the influence of market dynamics on the neighborhood, but also to require the state to carry out urban transformations at the same time it protects memory, cultural expressions, and other elements that characterize our neighborhood. The challenge in urban planning is to overcome gentrification by embracing urban renewal processes that harmonize freedom and property rights with the rights of the most vulnerable, while improving their quality of life.