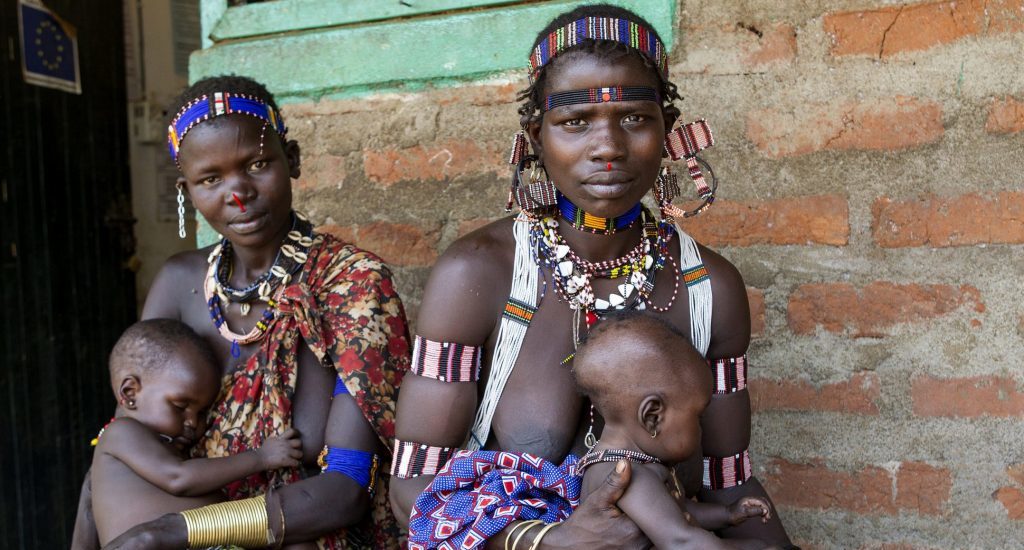 In times of an upside down world , achieving global conversations is an urgent challenge. This is suddently a new opportunity to build a global united front for a new world in which other forms of life are included.

In times of an upside down world , achieving global conversations is an urgent challenge. This is suddently a new opportunity to build a global united front for a new world in which other forms of life are included.

When Dejusticia created the Information Center for Prior Consultation, we activated a system of Google Alerts in order to map the media coverage of cases in which indigenous people mobilize for their rights. Until a couple of months ago, most alerts were generated in the Global South, but this has been changing. And somehow the world has turned upside down, with the media finally deciding to tell more stories about the North.

Among these new headlines is the indigenous mobilization against a pipeline in the United States – which included the visit of the UN Special Rapporteur on the Rights of Indigenous Peoples -, the Sami struggle to pressure investment funds to divest from companies that violate human rights, and the Pope’s speech in favor of the right to consultation and free, prior, and informed consent. All these news have taken place in the North and reflect how the struggles of peoples who have for some time been opposing exploitation on their land are finally becoming visible. This new scenario is ideal to strengthen dialogue between peoples and organizations from different latitudes and thereby increase global conversations.

In this task, I think it is fundamental reflect together on strategies that people in the South have been historically developing to face similar challenges to those happening in the North.

First, we can discuss mobilization strategies at different points of power. Southern organizations have shown that successful strategies are those that are multi-focally built. In order to protect their rights,  indigenous peoples have resorted to national courts, local congresses and international bodies. All at the same time. For example, the Sarayaku people have mobilized on all these fronts to make the Ecuadorian State comply with the sentence that the Inter-American Court of Human Rights issued in their favor.

As a second point, we can see that the more alliances, the more power that indigenous peoples can achieve through their struggle. As indigenous peoples in the South have done, working with organizations and peoples of other latitudes increases their ability to achieve their goals. Networks have become stronger and voices are louder when they have included other social sectors and have successfully mobilized farmers, students, trade unionists, and environmentalists among others. These alliances have allowed the message to reach other places and create an unexpected symbiosis to stop exploitation. Amazonian peoples, such as the Baguazo , are a living example of the success of the construction of multi-sectoral networks to stop the exploitation of hydrocarbons in its territory. Photo credit: ILO in Asia and the Pacific

Finally, in the debate, we should discuss the lessons left by the combination of strategies that have been crucial for governments to protect the rights of indigenous peoples. The battle has been waged simultaneously in the streets, in communities, and in state and private institutions. In this combination of legal, political and social strategies, new projects have been developed to democratize knowledge. For example, the Community of Akubadaura Jurists, formed a national network of indigenous lawyers who share their knowledge and experiences to legally demand the guarantee and recognition of their rights. Based on the observation that the dialogue between peoples and states is becoming increasingly technical, people have joined the network to make the opposition to projects stronger and more effective. In turn, people have created national mobilizations in countries such as Ecuador and Peru, to prove that the actions they perform against the extractive model favor all people. Using marches and occupations, they have tried to show that when protecting their territories, they also safeguard the environment and therefore, bring a benefit to all.

In times of an upside down world , achieving global conversations is an urgent challenge. For this, the North and South should talk about their demonstrations against extractive industries. This is suddently a new opportunity to build a global united front for a new world in which other forms of life are included.

Photo of mothers sitting with their infants outside a hospital in Boma, South Sudan. Credit: United Nations.