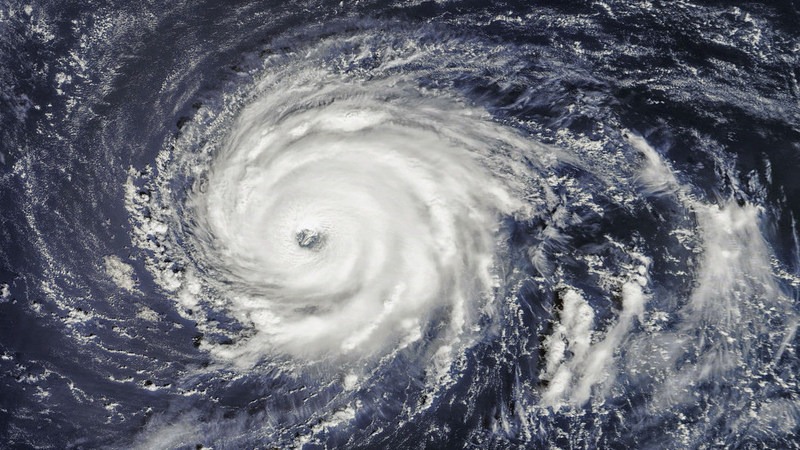 As we assess and reassess Puerto Rico in the wake of the hurricanes – as well as the many crises and hurricanes to come across the globe – we must attend to crisis, and also cannot lose our sense of the structural, the chronic, the organic.

As we assess and reassess Puerto Rico in the wake of the hurricanes – as well as the many crises and hurricanes to come across the globe – we must attend to crisis, and also cannot lose our sense of the structural, the chronic, the organic.

As Puerto Rico attempted to recover from the devastation of Hurricanes Irma and Maria, headlines covered the fact that the president of the country of which all Puerto Ricans are citizens had little empathy for the island. Puerto Rico was a “disaster before hurricanes,” had a “total lack of accountability” and was knee-deep in a financial crisis “largely of their own making,” blasted Trump on Twitter. In the meantime, three weeks after Hurricane Maria, most of the island was still without power, people were desperate for fresh water, and many still lacked means of communication. As in many other situations of crisis, accounts of the immediate overwhelmed accounts of the historical situation – in terms of both public investment and public health – that lay just below the surface of the hurricane.

Another crisis story about hurricane-ravaged Puerto Rico was, however, present a bit deeper down in the headlines. It focused on a different sort of public health crisis: the potential shortage of pharmaceutical drugs that could soon emerge in the United States. Puerto Rico is home to over fifty pharmaceutical manufacturing facilities, including subsidiaries of many of the world’s leading pharmaceutical companies: Eli Lilly, Novartis, Pfizer, Merck, Bristol-Meyers Squibb. The island produces sixteen of the top twenty drugs in the United States in terms of sales, and seven of the top ten globally. Pharmaceuticals accounted for more than 72% of Puerto Rico’s exports in 2016, and medical devices and medical chemicals another 17%, with the medical industry writ large totaling 89% of the total export economy of the island. These products include life-saving drugs such as HIV medications, cancer drugs, and immonosuppresants. Puerto Rico’s production alone accounts for 25% of U.S. pharmaceutical exports. The U.S. was so concerned about the potential for shortages that the U.S. Food and Drug Administration’s Drug Shortages Unit was in contact with manufacturers even before the hurricanes hit to plan for impacts, and created a special task force for hurricanes and drugs in the wake of Irma and Maria. Citizens-Soldiers of the Puerto Rico National Guard supplying water in the municipalities of Aibonito, Bayamón, Caguas, Maunabo and Santa Isabel. Photo by: The National Guard

What generally did not make the headlines, however, were the other important stories about public health and investment in Puerto Rico that could help one understand how, precisely, such a situation could come to pass. How did it happen that an island totaling approximately 100 by 35 square miles came to produce such a staggering amount of drugs? With all of that industry, and a critical place in the global pharmaceutical market, why was Puerto Rico still in such financial trouble, hampering its possibilities for swift recovery? And how was it possible that an island of over 3.4 million citizens of the United States, three weeks after Hurricane Maria, was still essentially without power? Both narratives of crisis – not to mention Trump’s version of “history” – elided the answers to these questions.

The United States has had military control over Puerto Rico since 1898; as in Cuba, Puerto Rico became a major hub of the sugar industry, with canefields and sugar mills dominating the island’s economy. The Jones Act of 1917 granted Puerto Ricans U.S. citizenship, though nearly half of U.S. citizens from the fifty states don’t know that Puerto Ricans are fellow citizens (see here for Puerto Ricans’ own stories about the ambiguities of their citizenship). After World War II, an initiative called Operation Bootstrap spearheaded a major shift toward an industrialized economy in Puerto Rico, employing ten-year exemptions from income and property taxes, amongst other incentives, for corporations that invested there. In less than twenty years, a largely agricultural economy became a largely industrial one; the sugar industry declined and industries such as textiles and manufacturing grew.

After the first decade of Bootstrap, the government began targeting more capital-intensive industries, like pharmaceutical companies, to invest in the island. The idea was that these would bring more permanence, as well as higher wages and employment of more skilled labor. In 1963, Puerto Rico passed a new Industrial Incentives Act which made tax exemptions a more permanent part of the legal landscape for industrial investors. The pharmaceutical industry, along with other biotech and corporations producing agricultural chemicals, expanded across Puerto Rico (see the map below for more on the industrial geography), becoming the central pillar of its industry. Over time, this led to a highly favorable situation for corporations, and a situation in which it was extremely difficult for any Puerto Rican business to succeed. As a result, it led to a dramatically low tax base for Puerto Rico. Just this past May, Puerto Rico sought bankruptcy, facing a pension crisis and $74 billion in bond obligations, largely to purchasers who took advantage of favorable tax policies.

In her book The Drug Company Next Door, Alexa Dietrich details the additional costs of Puerto Rico’s economic system for public health and for the environment. She describes how important local sources of fresh water were for the pharmaceutical industry, and the contamination of air and waterways that occurred on the island as a result of the expansion of the industry. The U.S. Environmental Protection Agency has identified 18 hazardous waste sites in Puerto Rico – called Superfund sites – half of which are sites in which groundwater is contaminated with industrial chemicals such as tetrachloroethylene. This has been compounded by a deterioration in both public electricity and water infrastructure, including water testing, due to a lack of funds to invest. The pharmaceutical industry also engaged in significant construction along the coasts, which reduced the ability to withstand hurricanes.

Over the past few days, one of the scenes that has hit the headlines is a picture of Puerto Ricans, desperate for water, filling buckets and bottles with water taken from a Superfund site. The situation is being treated by many as a crisis – and indeed, it is a crisis of enormous proportions. But it is also not just a crisis. It is chronic and structural, a form of what Robert Nixon calls “slow violence.” Slow violence is not sensational, but gradual and often silent. It rarely makes headlines.

In his work on pharmaceutical politics, Kaushik Sunder Rajan emphasizes that in order to situate these politics, one needs to determine the relationship between what Gramsci called the “conjunctural” and the “organic” – the events and points of crisis as well as the chronic, structural issues undergirding those events and crises. To pay attention to one or the other is not enough.

As we assess and reassess Puerto Rico in the wake of the hurricanes – as well as the many crises and hurricanes to come across the globe – we must attend to crisis, and also cannot lose our sense of the structural, the chronic, the organic. Drug shortages have a history, and Superfund sites don’t come from nowhere. But also, crises matter, and can change the course of events. I hope in this task we might develop a “hurricane politics,” in which it becomes easier to ask simultaneously: what is this crisis, and also, how did we get here? That may help us to see not only that the extent of the damage from many natural disasters is in fact a product of historical inequalities, but also point us toward more lasting solutions.

*Meghan L. Morris is a Post-Doctoral Fellow at the American Bar Foundation and an Affiliated Researcher at Dejusticia (the Center for Law, Justice and Society).