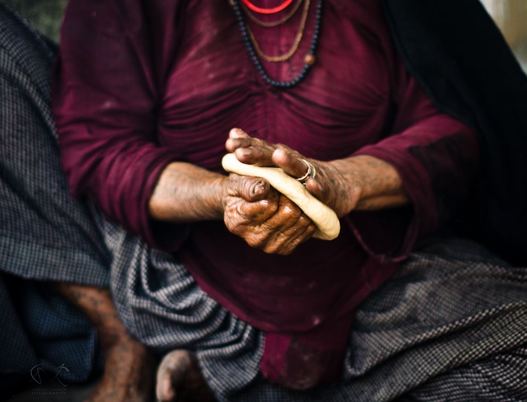 As drug policy reform takes on new meaning and energy across the hemisphere, let us also remember the historic indigenous effort to retain sovereignty over territory and sustain communities, now challenged by both drugs and the wars against them.

As drug policy reform takes on new meaning and energy across the hemisphere, let us also remember the historic indigenous effort to retain sovereignty over territory and sustain communities, now challenged by both drugs and the wars against them.

The Cherokee filed their suit because they were losing their children. Babies were being born addicted to opioids, young children were being raised by addicted parents, and addicted adolescents were winding up in jail or rehab. The pressure on the foster system was so great that seventy percent of foster children from Cherokee country in the U.S. state of Oklahoma were assigned to non-native homes. The Cherokee sued the pharmacies and drug distributors that facilitated the supply of opioids to the reservation, arguing that they failed to halt the flow of illegally prescribed opioids into the territory, allowing the epidemic to reach crisis proportions. A statement by Cherokee Nation Attorney General Todd Hembree noted that “in 2015 and 2016 alone, distributors shipped and pharmacies dispensed 184 million opioid pain pills in the 14 counties in northeast Oklahoma that comprise the Cherokee Nation – or 153 doses for every man, woman and child.” The case was the first of its kind, later joined by suits filed by Native American nations from Arizona to South Dakota to North Carolina, accusing drug companies of racketeering, deceptive trade practices, fraud, and negligence.

The Cherokee suit has been described as the first of its kind. And indeed, it certainly heralded a new era in Native Americans’ struggle to deal with the current opioid epidemic. But the suit is also part of a long history in the Americas of the intertwining of wars on drugs with indigenous sovereignty. 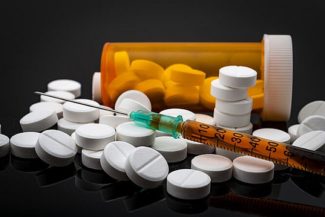 The Cherokees’ 1866 treaty with the United States – which granted them sovereignty over their land, and according to the Cherokee Nation, the right to sue in this case – eventually failed to protect their authority over the companies facilitating access to drugs in their territory. The Nation had filed suit in its tribal court, arguing that the companies had brought their products into Cherokee territory and should be subject to the Cherokee justice system. But the defendants went to federal court to halt the suit, arguing that the tribal court did not have jurisdiction over the case. The judge in the federal case ruled for the companies, finding that the claims did not involve a threat to tribal sovereignty or a commercial relationship sufficient to allow tribal jurisdiction over nonmembers. The Cherokee Nation swiftly refiled its claims in Oklahoma state court, where the case is still pending.

This strikes a parallel to the connection between drug production and indigenous sovereignty across the hemisphere. In Mexico, narco-traffickers have long used indigenous territories for marijuana and poppy cultivation and drug transit, while recruiting indigenous people as labor, often under threat or unpaid. Cartels have displaced indigenous communities in places ranging from Guerrero to the Tarahumara mountains, taking land and forcibly recruiting minors. Indigenous families have lost not only their land and livelihoods, but also their children to cartels and to the violence that overtook the indigenous territories where cartels took control. Some communities resisted, organizing to protect themselves and sovereignty over their territories against invasions by cartels that threatened to take over land and resources.

Aerial fumigation in the department of Putumayo, Colombia. Photo by: KyleEJohnson

Indigenous groups in Colombia have similarly suffered the cost of drugs and the war against them. Indigenous territories have been the site of contested territorial control by armed groups involved in narco-trafficking, and served as sources of land and labor for drug production as well as forced recruitment of indigenous children. Communities have been displaced across the country, and inadequate state support for alternative livelihoods has meant that in some sites, producing crops for the drug industry was the only way to make a living for those remaining in areas under armed control. Meanwhile, complaints from indigenous communities reported that the fumigation of illegal drug crops by military contractors – as part of ongoing U.S.-funded counter-narcotics and counterinsurgency efforts in Colombia – had destroyed crops and water sources and also caused a variety of health problems in affected communities, including birth defects and spontaneous abortions.

On their face, the stories from Mexico and Colombia may appear to represent an entirely different set of issues than the story of the Cherokee Nation. After all, these stories emerge from the production of illegal drugs, featuring cartels, illegal armed groups, and military counterinsurgency efforts, not to mention murders and forced labor. The Cherokee story, on the other hand, features an industry populated by people in suits and white lab coats, the businessmen and pharmacists who grease the wheels of the legal production of drugs sold at the local CVS and Walgreens. 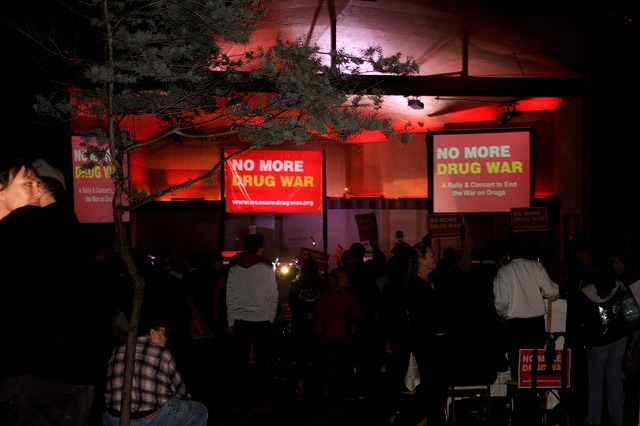 These stories do, indeed, have their many important differences that must not be overlooked. But the activities of both the illegal and legal drug industries and the struggles against them also have some critical similarities in terms of their impacts on indigenous groups across the Americas. Both industries have threatened indigenous sovereignty, chipping away at indigenous communities’ authority within their own territories and evading indigenous forms of justice. They have sickened members of indigenous groups and strained communities’ ability to sustain themselves in their territory. And they have robbed indigenous families of their children. At the same time, they have sparked new forms of indigenous resistance and insistence – even in the face of physical and legal threats – that their sovereignty over their territory and people be respected.

As writers on this blog have repeatedly shown, there are many important fronts to address in drug policy in the Americas, from harm reduction for addicts and alternatives to punitive measures for drug-related crimes to access to drugs for palliative care and effective policies for crop substitution. As drug policy reform takes on new meaning and energy across the hemisphere, let us also remember the historic indigenous effort to retain sovereignty over territory and sustain communities, now challenged by both drugs and the wars against them. We have much to learn from their struggle.

*Meghan L. Morris is a Postdoctoral Fellow in Law and Inequality at the American Bar Foundation and an Affiliated Researcher at the Center for the Study of Law, Justice and Society( Dejusticia).