Juan Pedro Lares: The freed prisoner that never was

Juan Pedro Lares, a 24-year old Colombian-Venezuelan young man, who was abducted by a hundred civilian-dressed members of the Venezuelan Intelligence, the National Guard, the police, and armed civilian groups from his family’s home in July of last year was finally set free . But a feeling of injustice still lingers.

Juan Pedro Lares, a 24-year old Colombian-Venezuelan young man, who was abducted by a hundred civilian-dressed members of the Venezuelan Intelligence, the National Guard, the police, and armed civilian groups from his family’s home in July of last year was finally set free . But a feeling of injustice still lingers.

Last Friday, 1st of June, was the happiest day of my professional career, and perhaps one of the most emotionally uplifting days of my life. As I attempted to tell my boss the news over the phone, my words were so incomprehensible between sobs that he began to think that something terrible had just happened. In fact, it was the opposite.

Juan Pedro Lares, a 24-year old Colombian-Venezuelan young man, who was abducted by a hundred civilian-dressed members of the Venezuelan Intelligence, the National Guard, the police, and armed civilian groups from his family’s home in July of last year was finally set free. This arrest was meant to taunt Juan Pedro’s father, Omar, one of the mayors who had vocally expressed opposition to Venezuelan President Nicolas Maduro’s policies. Having been referred to us by our NGO partner in Venezuela, Provea, we have been accompanying his family from the very beginning to obtain the release of Juan Pedro. 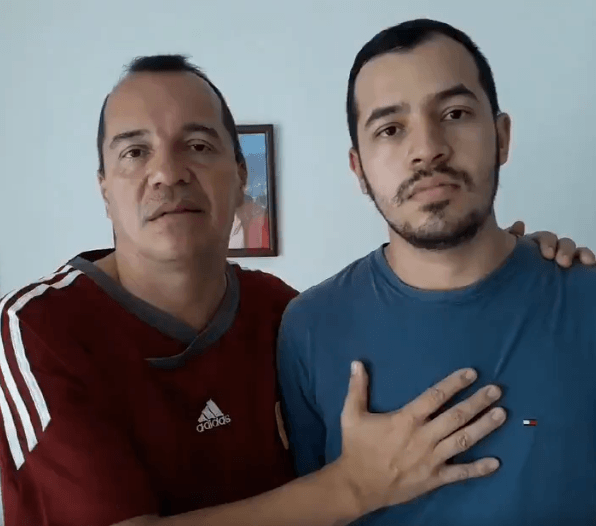 A photo of Omar and Juan Pedro after his release. Credit: Omar Lares

Nicolás Maduro was coming off of an electoral victory on May 20 that has not been recognized  by most foreign governments. Moreover, his government has been under intense international pressure following a peaceful take-over of El Helicoide by the prisoners on 16 May that rocked the already crisis-ridden country, with fears of a potential massacre of the prisoners by the government as a response. With this context, Maduro later announced that he would free those who have been detained for “political violence”, “for the sake of peace and dialogue”. By the end of Friday, some of the most high-profile political prisoners such as former Mayor Daniel Ceballos and retired general Ángel Vivas finally walked out of jail, but with restrictions from leaving the country or speaking publicly and in social media, and some being required to report to the authorities every 30 days. The Maduro administration paraded its benevolent act of freeing 80 prisoners, only 38 of whom were actually political prisoners (the rest were in jail for “ordinary” cases such as robbery, kidnapping and fraud), according to Foro Penal.

Through all of this, Ramona, Juan Pedro’s mother, sat patiently outside El Helicoide (the notorious prison in Caracas that holds many of Venezuela’s hundreds of political prisoners) for 12 hours. “My heart is about to explode from my chest, Kriz,” Ramona would tell me during her day-long wait. Finally, in the evening, still wracked by nervousness, she was able to take her son home. 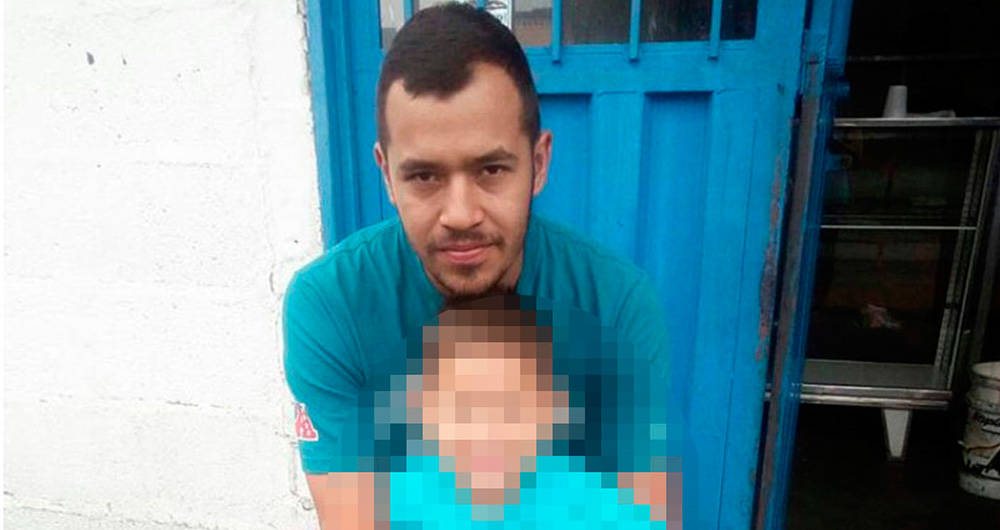 While the families and advocates of these newly freed persons, including our staff at Dejusticia, tearfully embraced each other in joy and relief, a much deeper sense of injustice lingered. As these high-profile prisoners walked out of the front door with government propaganda machinery in full gear, Ramona was told to go to a police station in a private car, casually ask for Juan Pedro, and quietly leave through the back door–none of the usual fanfare, flashing cameras, and much less a recognition of the fact that he was at all detained. In fact, throughout this whole time, Juan Pedro’s name never appeared in the registry of El Helicoide, because he just could not be charged of any crime. As I’ve said in an earlier article, his only crime was to be his father’s son. His father, mother and younger sibling managed to flee when the government agents attacked their home. He was taken as a way to put his family in a constant state of terror for an indefinite length of time. This is a feature of enforced disappearances.

The government’s muted release of Juan Pedro shows the gravity of its error. This was a shameful abuse of power by a government whose sense of invincibility robs innocent people like Juan Pedro, who as a young man would not even visit his father at the mayor’s office, of their youth and their mother’s embrace. Over the course of his detention, he fell ill, battled depression, and made do with the two-liter rations of water that a relative would bring to him daily during the extended periods when El Helicoide did not have any water. Along with his family and other NGOs in Venezuela, we exhausted every legal avenue we could, knocked on every door we found, and tugged at the shirts of anyone who held a microphone. Inevitably at some points, helplessness would seep in, and we kept asking ourselves, what else could we do? 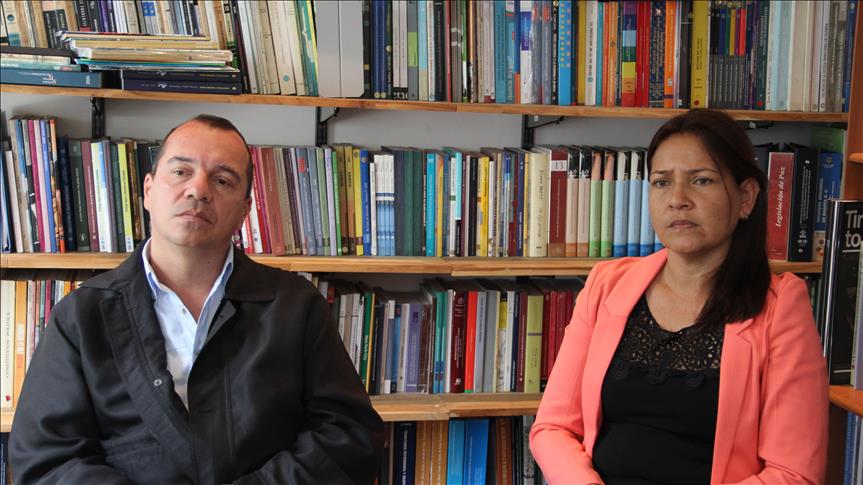 Omar Lares and Ramona Rangel in an interview before their son was released from the Helicoide. Photo credit: Dejusticia.

Juan Pedro is now safely with his family, in part facilitated by the Colombian Foreign Ministry, but the scars of his traumatic experience, and the months that his father and mother tirelessly pleaded for his liberty before every TV camera, radio station, newspaper outlet, parliament, international body, and court in Venezuela, Colombia and in the United States to tell and relive, over and over, their pain and the daily horror of their lives, will never be erased.

Is this the basis for a path of “peace and dialogue”? Whose “political violence” should we really be talking about–of those who had been detained or of their captor?

How does one celebrate freedom, if the freedom that is returned should never have been taken anyway?

See an earlier article on the abduction of Juan pedro Lares here.

To read about a broader context of what has been happening in Venezuela, see “Resilience in non-democratic contexts: The Challenge of being useful under the Venezuelan 21st century dictatorship” by Rafael Uzcátegui in the edited volume Rising to the Populist Challenge: A New Playbook for Human Rights Actors.