The Judiciary Branch: Investigated and Accused in Latin America 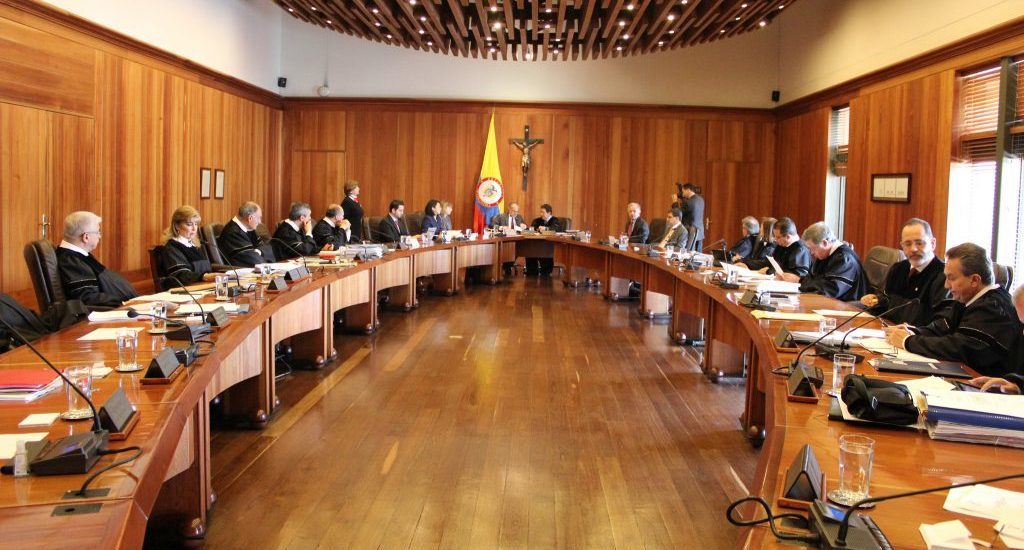 National attorney generals and Latin American high court magistrates are being investigated and accused of having committed crimes. The cases vary and the region must ask: how to ensure that these processes are not used in retaliation for their actions? And at the same time, how to ensure that when it is necessary to investigate and prosecute, procedures function properly?

National attorney generals and Latin American high court magistrates are being investigated and accused of having committed crimes. The cases vary and the region must ask: how to ensure that these processes are not used in retaliation for their actions? And at the same time, how to ensure that when it is necessary to investigate and prosecute, procedures function properly?

In 2017, the Costa Rican General Attorney was temporarily suspended for allegedly hiding information during the investigation of a case known as the “cementazo,” which involves businesspeople and politicians. Just a few days ago, the national Supreme Court asked Congress to lift the jurisdiction of one of its magistrates for being allegedly involved in a case of influence peddling.

In Peru, in 2017 Congress approved opening an impeachment process against the General Attorney because he allegedly failed to investigate some businesspeople associated to a corruption scandal known as “Lava Jato,” at a time when the General Attorney’s Office is investigating ex-presidents, politicians and Congress members. And a few days ago, the Inter-American Court ordered Congress to archive a procedure against four Constitutional Tribunal magistrates for having adopted a determined decision in a case involving human rights violations.

In Guatemala, in 2017,  three magistrates of the Constitutional Court were denounced before  Congress for supporting the suspension to dismiss the commissioner of the International Commission against Impunity in Guatemala (CICIG), which was declared a “non grata” person by the president of the Republic. He, in turn, is being investigated by the General Attorney’s Office and the CICIG for corruption charges.

In Colombia, in 2016, a magistrate of the Constitutional Court was suspended for allegedly requesting money in a case to favor the interests of a businessperson; and there is an ongoing investigation of a Supreme Court of Justice magistrate for participating in an alleged network of corruption that grants favorable decisions to Congress members investigated by the Supreme Court.

All these cases have in common that Congress participates, at least in some way, in the investigation and accusation of these high officials. Several constitutional designs establish it this way, and usually, also foresee a system of cross-checks in which high officials in the judiciary branch investigate and prosecute members of Congress and high executive branch officials.

In light of this context, I propose that the region reflects on three elements. First, is Congress the most appropriate institution to investigate and prosecute attorneys and judges? We should analyze the experiences of countries, examine whether investigations have been objective, whether they have been carried with impartiality, whether mechanisms have been used in retaliation against judicial decisions, if there have been any “pacts of impunity” between officials, and if the procedures have respected due process, among other issues .

Second, we must have adequate and effective investigation and trial mechanisms for high ranking judiciary members, which at the same time prevent these processes from being used  to harass or persecute judges and attorneys. It is essential that these mechanisms respect due process, objective investigation, the right of defense, and the impartiality of the judge. The procedure should be clear and regulated, the behaviors must be predefined, including those deemed as “unworthy” or “misconduct,” and the bodies of the process must meet fair trial standards.

Third, the high authorities in the justice system must take several steps forward. They have to adopt serious transparency and accountability policies that allow them, among other things, to deal with the conflicts of interest that exist between judicial officials, businesspeople and politicians. But in addition, they must carry out the processes required to fight corruption, including that which afflicts the judiciary branch.

It is a good time for the region to analyze the existing designs, evaluate their practical operation, and think about the required adjustments.

Populism and imprisonment in the Americas

An independent court for peace