We received the 2017 Collective Leadership Award, awarded by Semana Magazine, the Leadership and Democracy Foundation and Telefónica. These are the words of our Director.

We received the 2017 Collective Leadership Award, awarded by Semana Magazine, the Leadership and Democracy Foundation and Telefónica. These are the words of our Director. 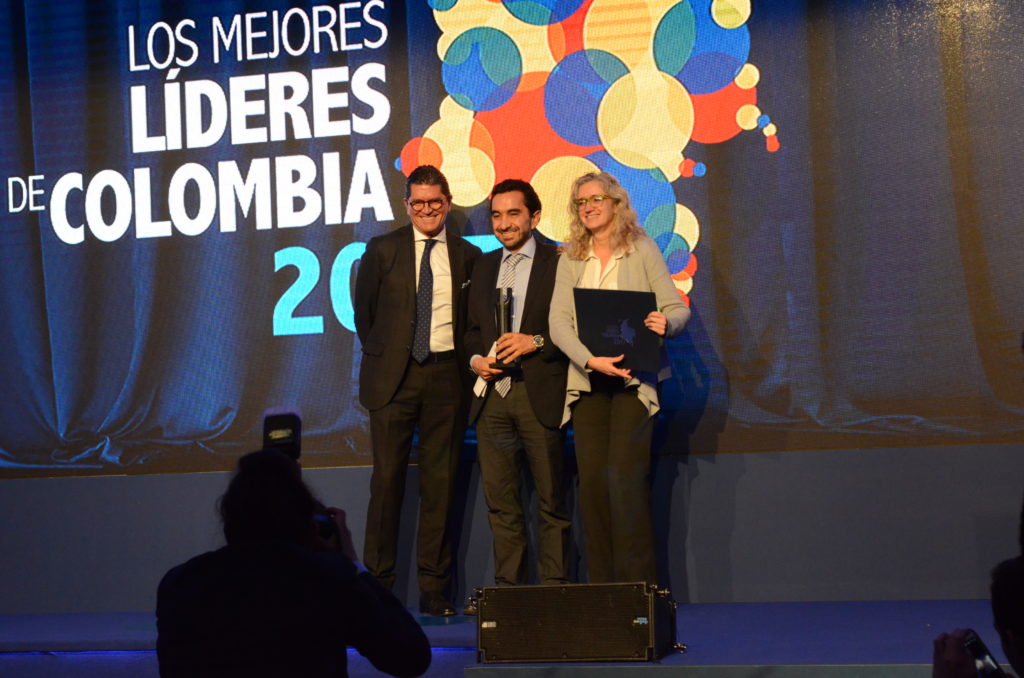 In the name of Dejusticia’s staff, I am grateful for the honor of receiving this recognition.

Beyond the selection of Dejusticia, I would like to thank the very idea of encouraging collective work, which is much needed in a country and a planet where individualism, and even narcissism, are increasing.

Long before the epidemic of selfies took over the world, we Colombians invented the pinnacle of selfishness, known in the country as the eleventh commandment. The “fend for yourself”, the “do not make yourself an easy target” (or dar papaya in Spanish) were the clearest expressions of our mutual distrust, which was further ingrained by our indecent social inequality and accentuated by war. It is not that we have lacked desire or talent: it is that we have lacked teamwork. As Yu Takeushi, the legendary mathematics professor at the National University, said, “a Colombian is smarter than a Japanese, but two Japanese are smarter than two Colombians.”

This is how we were when Narcissus resurfaced from the waters and was re-born in the Trumps and Kardashians of the world.  Along with the opportunities for connection, social networks brought self-promotion and excessive egos. According to a study by Professor Jean Twenge, the majority of young millennials surveyed believe that they are smarter than the average person in their generation. The idea that the vast majority could be above average, of course, is a statistical impossibility. The same study shows that the use of the first person singular in books has increased, and the use of “we” has declined.

Because in Colombia power and grammar have gone hand in hand, some of our politicians have added two other pronouns to the repertoire of egomania. The leader who speaks of themselves in the third person singular has become common, as if they were quoting someone who in reality is none other than themselves. Others, imbued in the national tradition, turn to the majestic plural, replacing the “I” with a false “we.”

I would like to believe that the challenge posed by this award requires us to think and act in terms of “we.” A real us, one that lives up to a country that is happily ending a war, but has not yet been able to find the words and ideas to live in peace. A country that leaves behind the economy and society of the past  – which destroy nature and deepen social, racial, and gender inequalities – and finally, embraces the society of the future, which will be founded not so much on the competition for natural resources, but on knowledge and collaboration, as thinkers such as Yochai Benkler have written.

If Dejusticia has made any contribution to this task, even if it has been a modest one, it is because we have tried to build an “us,” both internally and externally. Inside Dejusticia –  ever since we were a group of eight colleagues and friends until now, that we are a larger community bringing together several generations and regions – we have done everything in our power to maintain personal relationships characterized by affection, horizontality, sense of humor, and the joy of being together. For example, all the columns that we publish go through a round of comments by e-mail, open to the whole group, where the critiques of newly-hired researchers weigh as much, and is expressed with as much freedom, as those of senior staff.

Outside Dejusticia, we have made an effort to work collaboratively with many actors and sectors, from other research centers and NGOs, to state entities and social movements. One of these movements, the indigenous one, has taught us the right word and concept for this type of work: minga. In the collective effort of mingas, each person contributes what they have and can, trying to sum rather than divide. When the polarization of the peace process is affecting the 2018 elections, perhaps there will no more important challenge for us – and with “us” I mean not only Dejusticia, but also the media, civil society, and the country in general – that to find ways to deal with our disagreements without discrediting the other.

One of those ways, of course, is to strengthen the rules of the game and democratic institutions: those found in the 1991 Constitution, the rule of law, and human rights, at the same time we resist the attacks of right and left-wing populism spreading throughout the neighborhood and the world.

I will end with an allusion that may sound cliché, because it seems that these days there is no speech that does not quote a poem by Borges. The one I have in mind is part of his most famous work. Its title, “The Righteous”, refers to those anonymous heroes who save the world with their daily small acts of profound humanity. In a verse, Borges says that one of those heroes is “the one who discovers an etymology with pleasure.” I invite you to engage in this pleasant exercise using a word that we celebrate in cycling, but not in daily life. That word is “gregarious.” Or in Borges’ most eloquent words in another verse of the poem: the gregarious is an anonymous hero because “they prefer when others are right”. Well, collective leadership depends as much or more on the gregarious than on the individual leader. And one of the keys for a group to endure is that its members are willing to be gregarious today, leaders tomorrow, and the day after tomorrow be gregarious again.

The word gregarious comes from the Latin “grex”, which means group or flock. Very different, almost opposite words emerged from this Latin word. Hence the terms “congregate” and “aggregate,” but also “segregate.” We humbly see this award as an incentive for Dejusticia to try to continue congregating and aggregating, as we continue working against segregation.