The changes we have triggered on Earth shatter the distance and sense of remoteness that have governed our relationship with other species and the environment. This is a call to once again recognize our profound interdependence with our environment and protect it—if not for nature’s sake, then for our own.

The changes we have triggered on Earth shatter the distance and sense of remoteness that have governed our relationship with other species and the environment. This is a call to once again recognize our profound interdependence with our environment and protect it—if not for nature’s sake, then for our own.

Humans are driving Earth’s sixth mass extinction. Of the estimated 8.7 million species that exist, one—our own—has been responsible for fundamental changes in the environment that will likely cause the disappearance of up to one million species in the coming decades. One species, killing off a million.

These findings are from a report the Intergovernmental Science-Policy Platform on Biodiversity and Ecosystem Services (IPBES) recently approved in Paris, following over three years of exhaustive work by 550 scientists and experts from over 100 countries covering the entire planet, except the poles and open oceans.

While past mass extinctions were caused by severe ice ages, volcanic eruptions, and, yes, the infamous asteroid, IPBES says the key drivers of the current mass extinction are “(1) changes in land and sea use; (2) direct exploitation of organisms; (3) climate change; (4) pollution and (5) invasive alien species.” In short, human activities.

The potential impacts of biodiversity loss are staggering. The disappearance of one-eighth of the species we know exist (that’s not yet taking into account the species that died before we had a chance to discover them) is a tragedy in itself. It’s made even worse by its knock-on effects: it’s not just animals and plants that stand to be lost; it’s human lives, too. According to experts, the rate of biodiversity destruction “endangers economies, livelihoods, food security and the quality of life of people everywhere.”

Impacts on people result from the repercussions biodiversity loss has on the availability of ecosystem services—the benefits we derive from nature. These range from crops providing food to trees cleaning the air we breathe to mangroves protecting us from floods. The report shows that 23% of the world’s land is already less productive due to degradation from changes in its use, and pollinator loss is projected to reduce global crop output by up to $577 billion if it continues at its current rate.

The effects go beyond food production and, consequently, food security. The report explains that, if things continue as they are, it will be difficult to reach 80% (35 out of 44) of the targets of Sustainable Development Goals related to poverty, hunger, health, water, cities, climate, oceans, and land. These targets are not merely a concern for environmentalists. On the contrary, they have clear implications on the lives and well-being of billions of people, making biodiversity loss everyone’s problem. It is an even more urgent concern for the poor and vulnerable, who have the least resources to adapt yet who suffer disproportionately from our continued failure to realize these goals.

For many, however, biodiversity loss seems so remote an issue as against the more pressing demands of our daily lives, that we have basically swept it under the rug for someone else to deal with later on. The classic response to conservationists’ concerns about biodiversity has been, “Why should I care about polar bears and their sea ice if I don’t even earn enough to feed my family?” This strikes directly at the heart of proposed solutions that focus purely on environmental conservation while ignoring socio-economic realities, and which tend to fail miserably. Yet, in the face of the current situation, it bears considering that a vast array of ecosystem services, from pollination to soil nutrient-renewal, largely affect our ability to put food on the table. The findings of the IPBES Report renew the challenge of designing conservation policies that incorporate socio-economic realities. Addressing this tension is necessary, and we believe it is still doable. 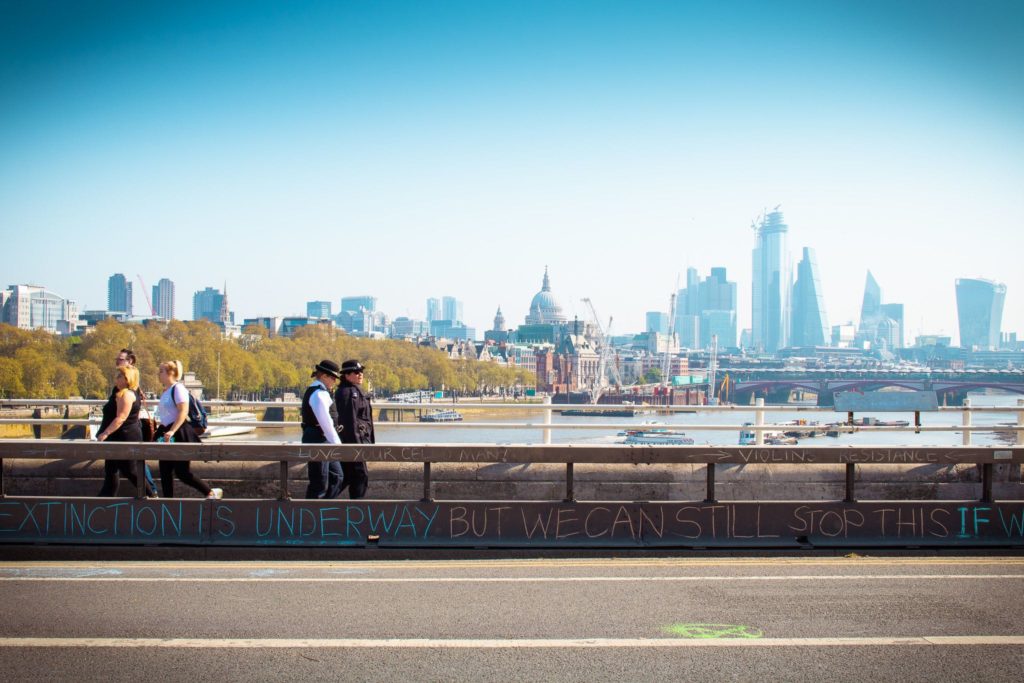 In terms of how, globally, we need to recognize nature as the foundation for development, as the IPBES suggests. The principal admonition in its report is instructive: conservation and economic development cannot be reconciled unless governments, industries, and communities worldwide enact “transformative changes.”

These transformative changes call for a paradigm shift in how we measure development, from one predominantly focused on increased economic growth and productivity (exemplified by GDP, which remains the most popular measure of a country’s status) to one that views nature as the foundation for development and its necessary element. Under the latter, nature is considered a crucial, indispensable resource that must be protected and, so, considered in the development of all kinds of policies, including economic and resource-use policies. Nature-based planning requires rechannelling current subsidies from industrial-scale projects employing unsustainable practices toward initiatives that have preservation and restoration at their core, like regenerative agriculture or sustainable hunting. This is not meant to stifle growth, but merely to place reasonable limitations on it in accordance with the demands of conservation and sustainable development.

In terms of who must act now, the climate justice narrative may provide building blocks for solutions: we have a common but differentiated responsibility to conserve the Earth and its natural resources, and solutions can arise from reallocating a greater burden to act to those who have benefited disproportionately from resource use and are in a position to make changes without their basic rights being violated. This means the rich (both in the Global North and the Global South and, also, large corporations), who have historically profited massively from the earth’s resources and are now in a position to change their consumption habits and invest in innovative and sustainable forms of production, should take more urgent and decisive action. It also means that those pressed with more desperate concerns about feeding their family should be allowed to earn a living wage and meet their basic human rights before being saddled with the burden of resource conservation. Those in a far better position to do so must compensate for this gap by doing more to protect our communal resources.

Regardless of who is responsible for the biodiversity loss that has occurred to date, it is clear that, if we are to survive, we have the collective obligation to minimize it. From the conservationist standpoint, E.O. Wilson’s Half-Earth Project is perhaps the most ambitious initiative to preserve biodiversity. It aims to cover 50% of our planet with conservation areas to protect at least 85% of the earth’s species, in partnership with indigenous peoples. However, conservation needs to go beyond leaving spaces untouched. Projects that promote humans and other species living alongside each other, such as the Human-Feline Coexistence Plan, and agricultural practices that leverage the intrinsic connection between certain crops and nature, are more feasible in the long term and should be encouraged. Socio-economic realities implore conservation initiatives to not lose sight of the human component of biodiversity.

Ultimately, while we have caused species extinction, we remain capable of saving what’s left. The changes we have triggered on Earth shatter the distance and sense of remoteness that have governed our relationship with other species and the environment, as David Wallace-Wells illustrates in The Uninhabitable Earth: “you do not live outside the scene but within it, subject to all the same horrors you can see afflicting animals.” It’s a call to once again recognize our profound interdependence with our environment and protect it—if not for nature’s sake, then for our own.

Not Pretty in Pink: The Undisclosed Fashions of Farmed Salmon

Join our Petition in Change.org: We want zero deforestation in the Amazon