Migrants and Work: Lessons from Lebanon 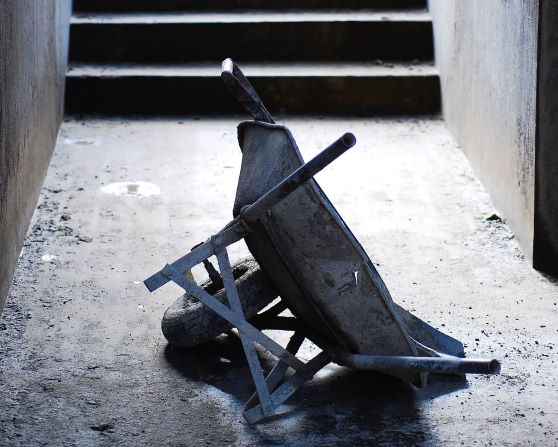 Before the innumerable challenges that come with Venezuelan migration, we don’t need to improvise. We need to learn from countries like Lebanon that have already tried.

Before the innumerable challenges that come with Venezuelan migration, we don’t need to improvise. We need to learn from countries like Lebanon that have already tried.

Lebanon is a country of many contrasts. On its streets you can find women in hijabs walking alongside women in mini-skirts. Buildings filled with bullet holes stand alongside those newly built. Old, rusted cars stop alongside new Mercedes at traffic lights.

Lebanon has been receiving people from other countries for decades. The country has attracted economic migrants from countries like the Philippines and Ethiopia, in addition to receiving three waves of refugees: from Palestine in 1948, from Iraq in 2003, and currently from Syria. With 70 years experience addressing the challenges of migration, as well as being the country with the greatest per capita numbers of refugees in the world, it is a place well worth learning from.

Lamentably, this country is an example of many bad practices. I say lamentably not because their experience has been useless, but because the policies that the country has adopted have been misguided, affecting the people who arrive to the country in search of better economic opportunities or refuge. It’s sad to see how the country has spent years contending with these challenges, without managing to improve its policies. 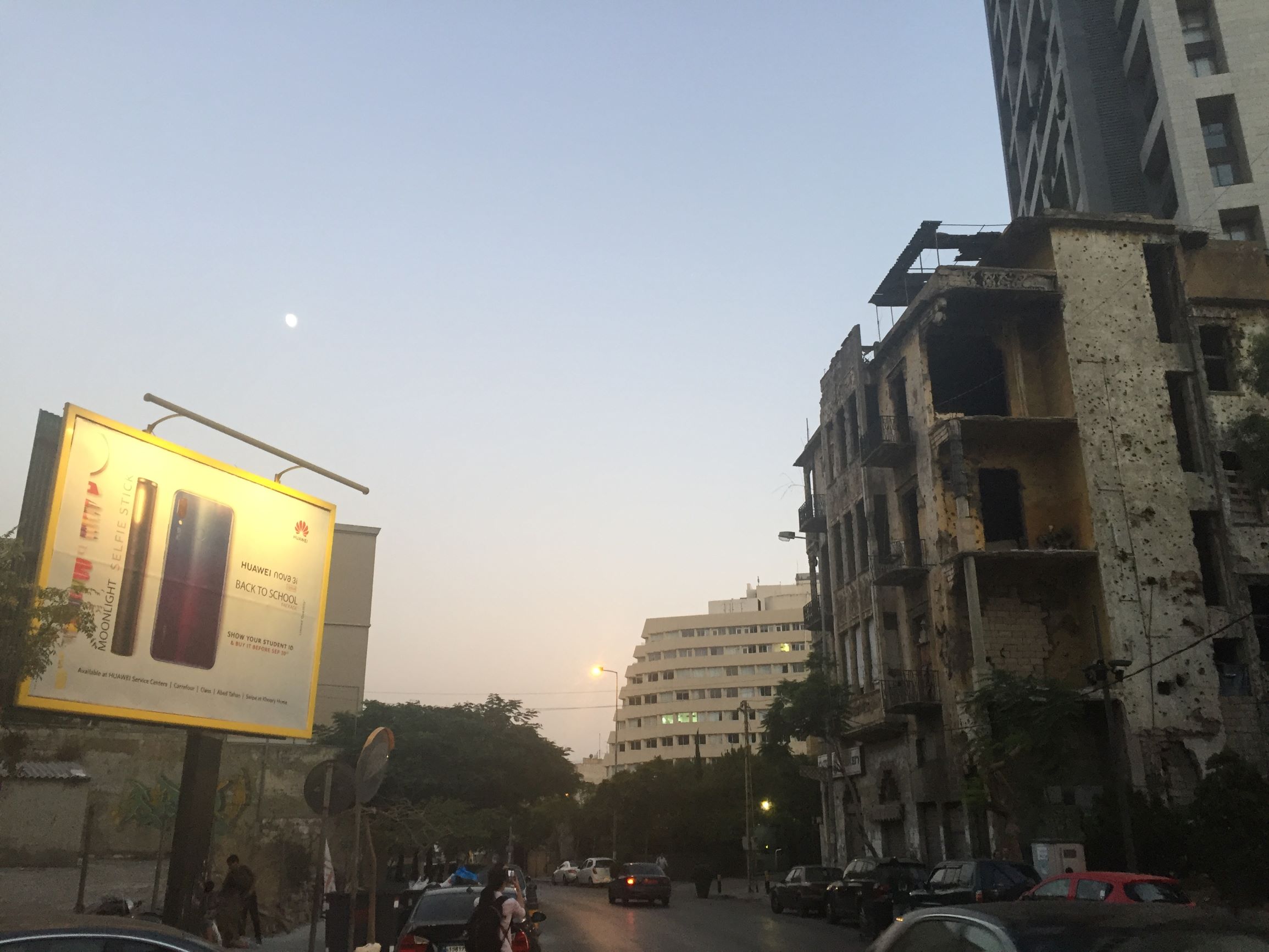 Incredible as it is, the discourses of fear in Lebanon are almost identical to those of Latin American countries currently facing massive migration from Venezuela. I almost have to ask myself if there’s a recipe for creating these discussions. I don’t know—but I do know that there ought to be one for combating them. Although the discourse invokes work, health, education, and security, I’ll be focusing on work, because poorly-designed labor policies are the beginning of a cycle of poverty: a home without work increases the probability that the children won’t study, limiting their access to a balanced diet, affecting both their physical and academic development. But how can we avoid migrants from “taking” local jobs? There are two answers that are both simple and contrary to current Lebanese policy: by not exploiting and not excluding.

First, we must not promote exploitation. The Lebanese government opted for a sponsorship system (kafala in Arabic), in which the legal status of a migrant depends on a sponsor (kafael) for the entirety of their stay.

Imagine that you are a migrant that left everything behind: your house, your neighbors, your friends, maybe even your family. You arrive to a new country without money and without the necessary documents to receive a visa—but you need money to live. The only legal way to stay without fear of being deported is to find a sponsor. So far, so good.

So you begin to work for the sponsor. The idea behind all of this is that the government removes itself, as the sponsor “assumes” the legal and economic responsibilities for you. This person keeps the work and residency permits, provides security, and reports to the authorities if you run away. This person is even in charge of paying your return ticket to your country. This is a win-win for the government: it allows migrants who have work to enter, it avoids increasing unemployment, and it holds no cost for society. Easy, right? 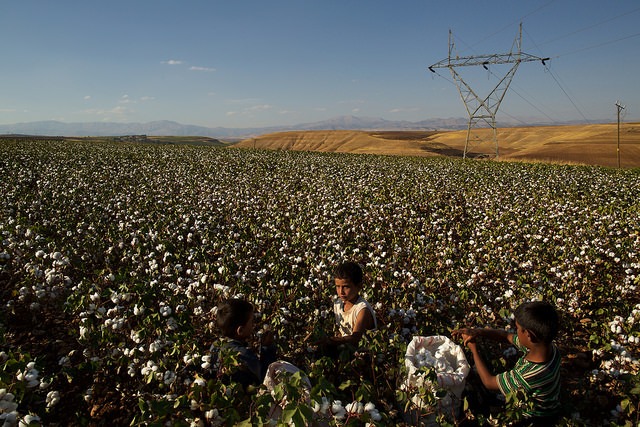 Syrian refugees are at especially high risk of labor exploitation in surrounding countries. Lebanon’s labor policies have made this population even more vulnerable. Image source: Trafficking in Persons Office, Flickr (CC BY 2.0)

This is also a win-win for the sponsor. Essentially, the sponsor receives a slave. The sponsor has all the power in the world over you, and with that, the ability to incite fear: “if you don’t do what I want, you’ll have to leave the country.” That easy. Many times, sponsors hold employees in their houses and take their identification documents. If that weren’t enough, employees cannot end their contract without formal consent from their employers. You can’t simply walk away. Even if the employee is brave enough to risk leaving, reporting is incredibly difficult. There are many barriers: a lack of legal council, fear of being deported, and visa restrictions that limit one’s ability to stay while the case unfolds.

Second: we must not promote exclusion. The Lebanese government only allows Syrian refugees to work in three sectors. If you’re Syrian, you can only work in agriculture, construction, or the environmental sector. “Environmental” sounds confusing, but it’s effectively a way of saying “trash.” “Environmental” means you can choose between working in agriculture, construction, or collecting waste. In this way, the government can “assure” that Syrian refugees do not take local jobs, but instead dedicate themselves to tasks no Lebanese citizen wants to do.

This policy is discriminatory and does not promote social mobility. Limiting options for work to just three low-skilled employment sectors doesn’t mean that Syrians stop working in other sectors—it just means that they do so illegally. This places refugees in competition with the poorest of the local population, resulting in price-wars and salaries falling below the minimum wage. To give one example, daily salaries have fallen some 60%. This creates further tension between local communities and Syrians. In fact, some cities have opted to prohibit Syrians from working at all.

Those that benefit, on the other had, are the richest. Competition for resources and lower salaries is led by those employers that see opportunity for economic benefit. “Landowners, owners of enterprises, and other members of the Lebanese middle to upper class are benefitting from the refugee crisis, while the poorest and most vulnerable households and their children are the ones who are most threatened by it,” summarizes the International Labor Organization.

These are just two of the many lessons that Lebanon has to give. Public labor policies are fundamental because of the effects that they have on households. Governments cannot run from their responsibilities, passing them along to citizens. They absolutely must not give infinite power to employers, running the risk of worsening exploitation. While in the case of Lebanon, the limiting of work sectors only applies to Syrian refugees, the lesson is transferrable to all migrants: guaranteeing that those arriving to a country have a source of income must also allow for competition with local citizens. Limitations don’t stop migrants from searching for resources; what it generates instead is a perverse price-war that affects locals as much as it affects migrants or refugees.

Voltaire once said, “Is there anyone so wise as to learn by the experience of others?” Before the innumerable challenges that come with Venezuelan migration, we don’t need to improvise. We need to learn from countries that have already tried. We must take the good, and we must not repeat the bad.

It is not only sugar: soda also uses more water than you can imagine

The false publicity of sodas in Colombia