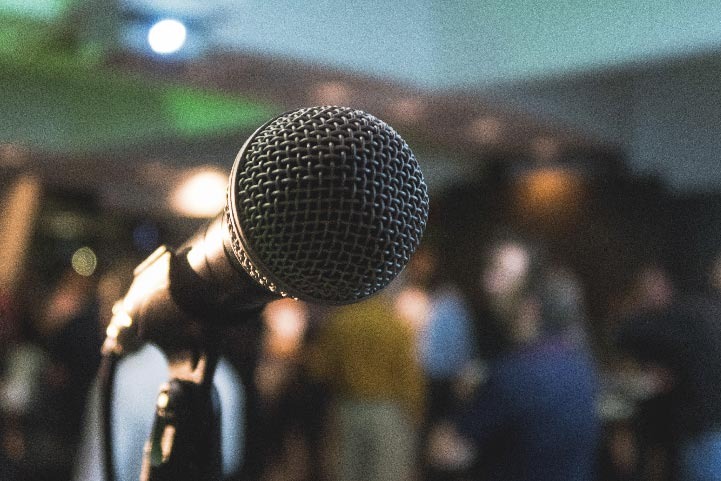 I was struck by her message and her innovative and thoughtful way of thinking about comedy.

I was struck by her message and her innovative and thoughtful way of thinking about comedy.

“And that is what happens when you soak one child in shame and give permission to another to hate.”

I really like stand-up comedy and a couple of days ago, I was fortunate to find Hannah Gadsby and her show “Nanette,” a comedian who decided to give up comedy at the end of her monologue. She decides to resign because, through her career as a comedian, she realizes that genuine connection between people emerged through stories and not jokes. (My recommendation, rather than reading my blog, is to watch it first on Netflix).

I was struck by her message and her innovative and thoughtful way of thinking about comedy. Even Rolling Stone claimed that the monologue is a “game changer” that “will likely go down as one of the greatest stand-up sets of our time.”

I want to share some of her reflections, though I should caution that the blog is full of “spoilers.”

The routine begins with a “master” class on the structure of a joke. There are two essential parts: the “set-up” and the “punchline.” According to Gadsby’s formula, the set-up is the preparation, the context, the creation of tension, and the “punchline” is an unexpected result that releases that tension and causes laughter. However, a joke is not a complete story. Almost always many other things occur after the laugher, which, critically, may not always be so fun.

I feel like, in a comedy show, there’s no room for the best part of the story, which is the ending. You know, in order to finish on a laugh, you have to end with punchlines. Like, take my coming-out story, for example. The best part of that story is the fact that Mom and I have a wonderful relationship now. Gadsby focuses her comedy routines around her sexual orientation, and in “Nanette,” she tells us that her jokes have been inspired by her own life throughout her career. She confesses that her experience as a lesbian created moments of hilarity shared with the public, but in reality also generated deep feelings of anger, frustration, and pain.

I do think I need to quit comedy though…I built a career out of self-deprecating humor. And… I don’t want to do that anymore.

In each moment of increased tension, Gadsby grants the audience an escape route through her “punchline.” Tension and relief follow sentence after sentence, until suddenly the tone changes. The theatre is suddenly swept with silence. The audience does not dare make a sound, and Gadsby, masterfully, gives them a split second of space before continuing with a sentence even more intense than the previous one.

Through an example, she refers to a story that she typically tells as a monologue. She once approached a woman to flirt, only to have the stranger’s boyfriend arrive moments later and threaten to beat her. The boyfriend, realizing that she was also a woman, recanted and told her that “he would never hit a woman.”

But in order to balance the tension in the room with that story, I couldn’t tell that story as it actually happened. Because I couldn’t tell the part of the story where that man realized his mistake. And he came back. And he said, “Oh, no, I get it. You’re a lady f*****. I’m allowed to beat the shit out of you.” And he did.

To truly connect with the other, one must know the full story and not just the “punchline.” Gadsby confesses that her pain has been instrumentalized, manipulated, and stripped of its context to make a good joke.

(…) the only way I can tell my truth…is with anger…But what I don’t have a right to do is to spread anger. I don’t. Because anger, much like laughter, can connect a room full of strangers like nothing else.

Because I take my freedom of speech as a responsibility, and just because I can position myself as a victim, does not make my anger constructive. It never is constructive. Many times humor has been accused as being close to bullying. Oftentimes, it is dominant groups that are the ones using satire, stereotypes, and mockery of the “other” to achieve laughter. Self-flagellation, or what Gadsby calls “self-deprecating humor,” is frequently the response of those who have suffered these abuses; these jokes cause her audience to laugh, some with guilt and others in solidarity. However, although this is a very effective manner of transmitting the message, it is very strenuous and destructive for the messenger.

Today, “Nanette” draws attention to a very relevant issue today. Feeling angry is okay, especially if someone, like Gadsby, has faced very painful experiences. However, her decision not to propagate this anger is responsible. In addition to entertainment spaces, such as stand-up comedy, anger tends to play out in other contexts and spaces, and organizations and activists are trying to do something similar to what Gadsby does, but for human rights defenders. Some of these many initiatives include: “Desarmar la palabra” in Colombia, #WeCounterHate in the United States, or the “No Hate Speech Movement” in Europe.

Spreading rage can be very dangerous, as Hannah Gadsby notes in her monologue, as it is highly contagious. In a fiery and enraged context like the current one, it is necessary to approach and recognize the “other” in their difference. I think this is the most valuable invitation in “Nanette”: to feel empathy for the other and take the time to listen, from the core to the ending.