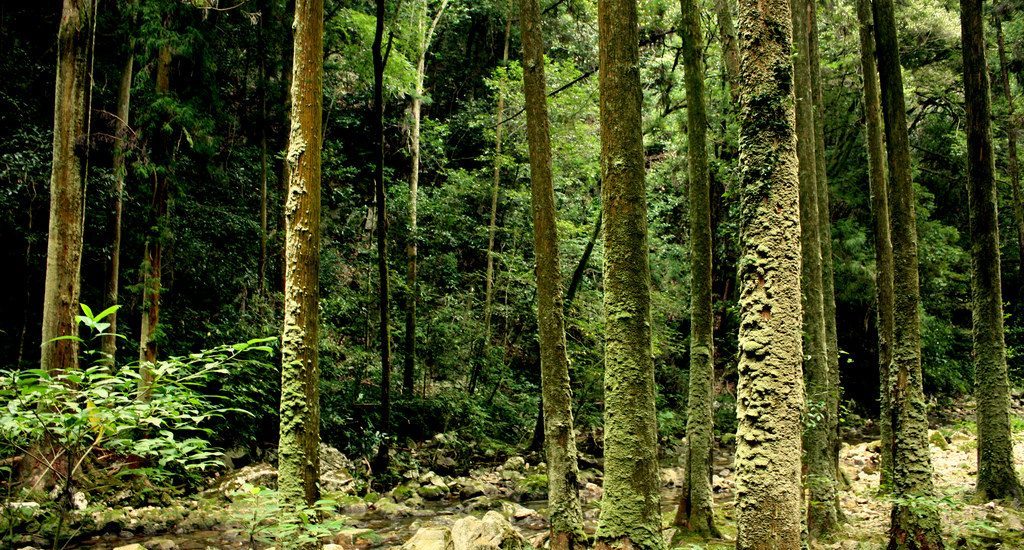 Clean air, fresh water, food production, climate regulation, biodiversity protection and carbon storage are just a few of the ecological benefits we receive from nature. Should we pay for those services? How do we value them? Should we pay for the fact of preserving or because it helps humans?

Clean air, fresh water, food production, climate regulation, biodiversity protection and carbon storage are just a few of the ecological benefits we receive from nature. Should we pay for those services? How do we value them? Should we pay for the fact of preserving or because it helps humans?

How much does the air we breathe cost? Should we pay to enjoy beautiful landscapes? Is it possible to put a price tag on the pollination process? How can we value, in economic terms, nature, a public good we cannot even measure? At first blush, these questions may seem to belong to an era of gearing up for a catastrophic future, one where nature is a rare if not disappearing commodity whose eclipse must be halted now. But that future is not a distant reality especially for countries facing the highest risk to climate change-related disasters. These questions are in fact more than ever imperative .

Clean air, fresh water, food production, climate regulation, biodiversity protection and carbon storage are just a few of the ecological benefits we receive from nature (in economic terms, we call them “environmental or ecosystem services”). Should we pay for those services? How do we value them? Should we pay for the sake of preservation or because it helps humans? Payments for environmental services, (PES), follow the “beneficiary pays principle” approach, which states that communities and individuals who use their land or other environmental goods in a way that contributes to the provision of environmental services should be paid.

PES is an increasingly contested policy. There are three main arguments criticizing PES. First, some argue that the idea of paying for environmental services is anthropocentric (to regard humankind as the most important element of existence), as it gives an instrumental value to nature, depending on how useful it is for humans. Instead of recognizing nature’s intrinsic value, the anthropocentrism behind PES leads to an economic perspective in which nature’s exploitation, consumption and commodification are central. According to this critique, quantifying the value of environmental conservation, or understanding it in terms of goods and services, threatens environmental sustainability as it remains subject to how profitable conservation is in the short-term. Patrollers working in the jungles around Macooih, Vietnam. Each patrol group is composed of community members who are tasked with maintaining the general well-being of the forest. This is made possible through the Poverty and Environment Fund with the approach known as payment for forest ecosystem services. Photo by: Asian Development Bank.

Second, seeing conservation as a means to an end–to produce revenues that serve humans’ self-interest–rather than as an end in itself, could create the idea that conservation is merely a source of income for landowners today. This idea does not take into account the value nature could have for future generations. In addition, chances are humans could find ways, other than conservation, to obtain the same benefits from nature, leaving conservation in jeopardy.

Finally, one last critique to PES is that it could be used as a property rights-based mechanism that might result in a general privatization of open access resources, such as water or air. For example, George Monbiot, The Guardian columnist, criticized PES as they appoint “the landlord as the owner and instigator of the wildlife, the water flow, the carbon cycle, the natural processes previously deemed to belong to everyone and no one.”

In spite of the theoretical objections to PES, this economic tool has been used in developed countries and has gained force in developing countries that are trying to combat climate change, adapt to its devastating effects, limit the amount of greenhouse gases emitted by humans, and preserve their biodiversity.

The lack of a legal definition for PES has left some room for various interpretations on how to develop PES transactions within each country’s particular legal framework. However, PES are strong mechanisms to protect the environment Countries from the Global South such as Costa Rica, Uganda, and recently Colombia, share a view point that sees environmental services as a product of the interaction of communities with nature. These countries are examples of different ways to implement PES schemes to protect nature and reduce poverty. Costa Rica’s hillsides, where wildlife and native vegetation are protected under PES schemes, have shown how this economical tool can be used as a long-term government program. PES was introduced in the 1990’s as a way to pay landowners to maintain the native forest, rather than cut it, in order to reduce Costa Rica’s deforestation rate. Twenty years later, Costa Rica’s national PES model is considered the world’s most successful scheme with nearly one million hectares of forest conserved by payments for their protection. Some studies have shown that PES “increased participating farm forest cover by about 11% to 17% of the mean area under PES.” It is a hybrid model consisting of state regulations (revenues from forestry tax and fuel tax), market like mechanisms and subsidies. One of the main challenges to Costa Rica’s program is the need to increase its social impact, as the payments tend to go to large farms and private companies instead of poor communities.

PES programs have also been used as a tool for protecting endangered species. In Uganda, a PES Fund was launched in 2015 to reduce poverty and train local people on how to maximize biodiversity maintenance through land-use. As a result, forest conservation is seen as an opportunity for local communities to get paid while meeting environmental objectives such as protecting Uganda’s chimpanzee populations that live outside protected areas.

If a country does not have significant access to international grants or national funding sources, another way to implement PES is through stand-alone agreements between buyers and sellers or through public-private schemes. In these schemes, project sellers are mostly local communities that identify, structure and implement the PES program directly with the buyers. Colombia’s BanCO2 is an example of this kind of small-scale scheme. This program, created in 2015, brings together families that work as “guardians” of ecosystems with citizens or private companies who want to pay for their ecological footprint.  According to the World Bank, a PES mechanism implemented in Quindíoshowed that “PES recipients converted over 40 percent of their farms to environmentally-friendly land uses over 4 years.” The Colombian government also sees PES as a tool capable of substituting 50,000 hectares of coca for native forest, a requirement included in the peace agreement signed with the FARC guerrilla in 2016.

There is no concrete position as to how each country should implement PES.  However, PES offer a valuable tool to further environmental goals. These examples show how PES can be a way to break the dichotomy between protecting nature, as a result of recognizing its intrinsic value, and protecting it for humans’ benefit.