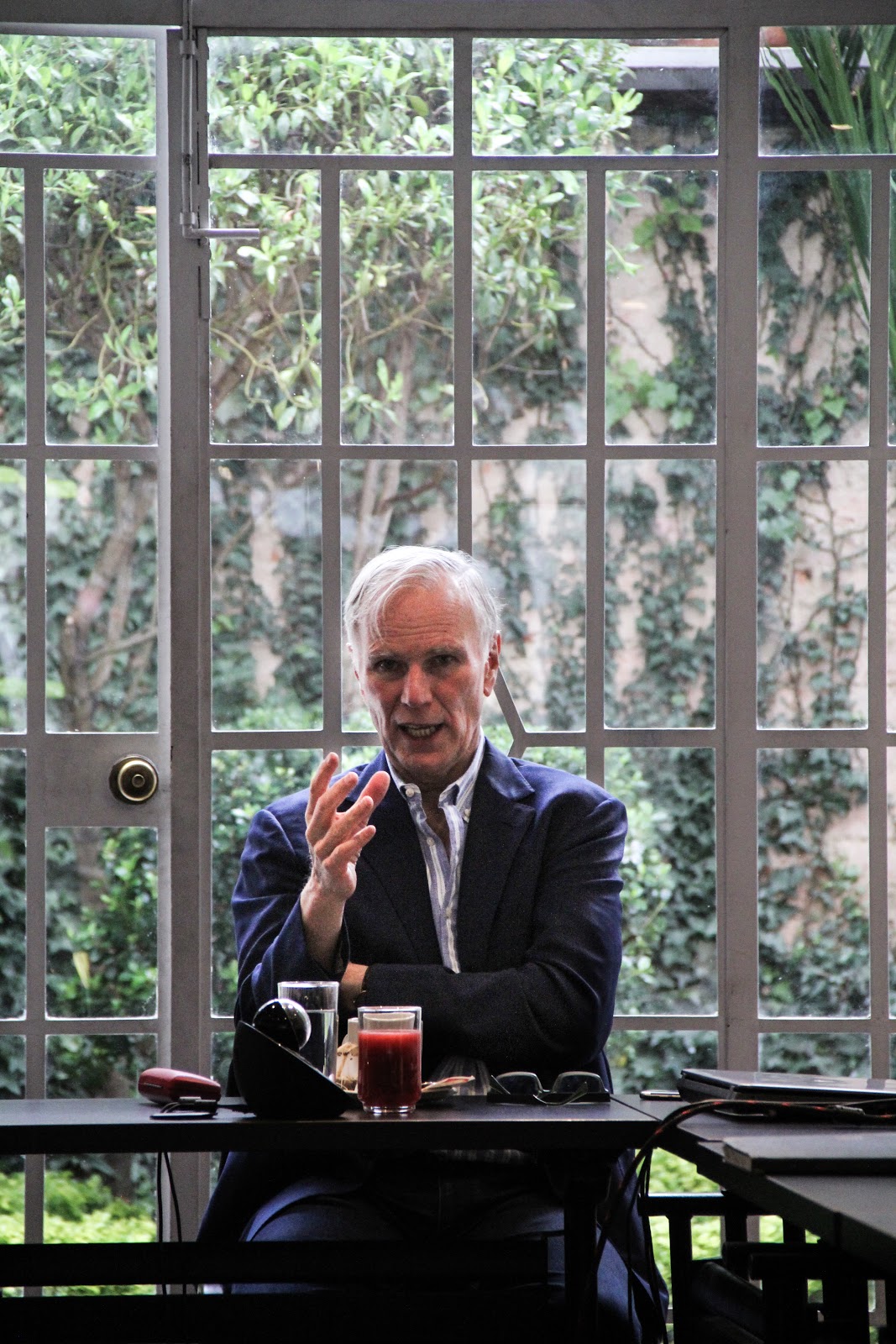 Creativity, networking, and learning to recognize one’s own errors: this is what the NYU professor believes the global human rights movement can do to pick itself up and press on. The United Nations’ Special Rapporteur on Extreme Poverty and Human Rights was in Colombia on invitation from Dejusticia.

Creativity, networking, and learning to recognize one’s own errors: this is what the NYU professor believes the global human rights movement can do to pick itself up and press on. The United Nations’ Special Rapporteur on Extreme Poverty and Human Rights was in Colombia on invitation from Dejusticia.

Philip Alston, co-director of the Center for Human Rights and Global Justice (CHRGJ) of New York University (NYU) and professor of law on the same campus, is a man who, at age 67, does not need to raise his voice when referring to grave violations of human rights––or to speak with intelligence on his reflective and self-critical posture regarding the current role of those who, like himself, defend them.

The Australian, who studied economics and law at the University of Melbourne (Australia) and at the University of California, Berkeley (United States), has been, in his roles as an investigator and as a member of the United Nations, a witness and protagonist in the transformation of the human rights movement for more than 30 years. From 2004 to 2010 he served as the UN Special Rapporteur on Extrajudicial, Summary or Arbitrary Executions, where he reported on situations in Sri Lanka, Nigeria, the Democratic Republic of the Congo, the Philippines, Israel, Lebanon, Albania, Kenya, Brazil, the Central African Republic, Afghanistan, and the United States. In 2014 he was appointed by the UN as the Special Rapporteur on Extreme Poverty and Human Rights.

We are in a moment when academics, such as Stephen Hopgood of the University of London, claim that we are confronting “the endtimes of human rights.” Critics say that activists are failing to defend common liberties, and that their strategies––which rely more on constant criticism of the establishment than on the search for concrete solutions to overcome inequality––have been futile in the face of the populist governments that are being established around the world.

Such critics speak of a period of collective fatigue, provoked by the clear tendency of these populist governments to restrict spaces for civil society through policies and actions disguised as being “for the common good.” They are governments which, sheltered by democratic constitutions, have gradually taken charge of preventing human rights defenders from acting. In countries such as Venezuela, Turkey, Nigeria, and Egypt, protests have become raids, where activist leaders are jailed for indefinite periods of time because “a few” must not disturb the “public order.”

But Philip Alston does not share the idea that “there is nothing to be done” in this context. To him, “dejection and desperation are not only useless, but also counterproductive.” Although activists have lost a great deal of energy in managing feelings of exhaustion, it is urgent and necessary to not only look into the mirror and reflect on the mistakes that have been made, but also to understand that this “crisis” is the result of new and complicated challenges that require creative and innovative solutions in response.

“Since the fall of the Berlin Wall we had believed that the fight for human rights would continue improving, that nations were coming to understand the importance of their protection––but instead, what we have seen in the past few years is the emergence of substantial roadblocks. When Donald Trump, in the United States, calmly says that torture should be acceptable in certain circumstances, it is a blow to those of us who had thought that speaking of torture was a thing of the past. The worst of it is that one would think that these are the positions of authoritarian governments, but this is not the case,” says Alston.

(You may also be interested in The Future of Human Rights: From Surveillance to Symbiosis)

For Alston, the most problematic tendency is that, in nearly every country around the world, strings are being pulled to block citizens from expressing their discontent in the face of injustice: “There are governments that see NGOs as enemies that must be eliminated. In Australia, for example, there are campaigns to reduce investment in groups fighting for human rights, there are restrictions on protests, there are restrictions on the freedom of information; in Israel, there have been grave attacks against journalists and there are movements to prevent foreign NGOs from operating within the country; and in the United States we have policies that are extremely anti-protest. We are not only talking about China violating human rights, or Venezuela, or Russia, or India. This is occurring everywhere.”

In response, Alston believes that activists need to reorient their communication strategies towards messages that are less reactionary—they must demand that authorities respect human rights, but, more constructively, they must also demonstrate how activism can create useful information for their defense. “We tend to assume that our role is to criticize everyone, and we are convinced that what we are doing is correct because we represent “human rights”—these assumptions have prevented us from evaluating ourselves on whether what we are doing is helpful or harmful. Activists have become very closed-minded, believing that all governments are acting in bad faith and are working against them; they have used this as an excuse to shield themselves from criticism and suggestions. This goes against the idea of reinventing ourselves.”

A viable alternative, according to the professor, is to increase solidarity among activists around the world, in order to understand how similar organizations function and how we can act together to generate better impacts—from the ground up. Alston believes that the key is to take advantage of new technologies. “The open databases that we have access to today were inconceivable not long ago. There are already activists who are developing mechanisms to interpret and disseminate this information. We have algorithms that cross-reference characteristics and help us to better understand and communicate problems such as poverty. These are new avenues that have hardly opened and that we are just beginning to explore—because now, it is not enough to simply tell governments that they must change. If we criticize corruption, we must also propose how we can achieve greater transparency. Not that these answers alone will solve corruption, but they are the contribution that we must make.”

Fighting for human rights, says Alston, “is not a lost cause, but neither will it ever be a cause that is entirely won. It is a constant struggle that requires knowing how to combat frustration. When one wants to create a change, this change becomes a great threat to those who want to see things continue as they are. They will do everything they can to frustrate you. But frustration is something that is internal. You can allow yourself to feel frustrated, or you can wake up every day, convinced that you can be a part of the transformation.”