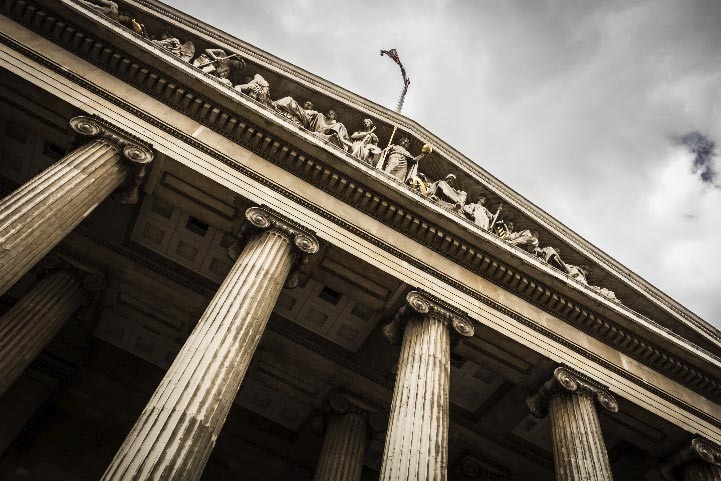 Unfavorable news, a negative opinion of an opinion leader, or even an unfounded rumor can affect companies whose value depends to a large extent on the confidence of their shareholders and the public in their good behavior and the possibilities of obtaining profits by investing in them.

Unfavorable news, a negative opinion of an opinion leader, or even an unfounded rumor can affect companies whose value depends to a large extent on the confidence of their shareholders and the public in their good behavior and the possibilities of obtaining profits by investing in them.

At the beginning of 2018, one of the most important information leaks of recent times was revealed: the firm Cambridge Analytica illegitimately obtained information on more than fifty million Facebook profiles and used them to predict and influence the electoral decisions of voters in the United States during the last presidential election. As a result of this news, the market price of Facebook’s stock declined by six percent, approximately 25 billion dollars – the approximate value of Instagram in 2014. The discovery and public exposure of this violation of rights, in this case to privacy, led to a dramatic loss of the value of the shares of one of the most powerful companies in the world.

This reflects one of the most important assets of companies in the contemporary market: a good reputation. Unfavorable news, a negative opinion of an opinion leader, or even an unfounded rumor can affect companies whose value depends to a large extent on the confidence of their shareholders and the public in their good behavior and the possibilities of obtaining profits by investing in them. Obviously, there are companies that maintain their good reputation thanks to the quality of the products and services they offer, their social responsibility, their customer service, and their good marketing strategies. But others, seeing their reputation in danger, make use of legal tools, such as lawsuits or lobbying in Congress to silence those who speak against them.

One of the strategies to protect these companies’ reputation is to use the justice system to silence those that speak against them, a practice otherwise known as SLAPP (Strategic Lawsuit Against Public Participation). This consists of the filing of lawsuits or legal actions against individuals or groups of individuals in reaction to political or general interest activities that compromise the reputation of corporations or persons with political and economic power.

One of the paradigmatic examples of this type of behavior is a case called Protect Our Mountain Environment Inc. v. District Court of the County of Jefferson in the United States. Protect our Mountain Environment (POME) was a Colorado environmental group that tried to stop a real estate project through legal action. POME lost the litigation and the company that owns the project sued it for more than forty million dollars. Years later, the Court ruled in favor of the environmentalists and dismissed the company’s claim, but the damage was done: the movement had dissolved, its leaders were demoralized, and the responsibility was diluted. The case of the mining company Tungkum in Thailand demonstrates another example. Tungkum sued the media and journalists for the dissemination of a report in which it was stated that the open pit gold mine operated by the company generated negative environmental impacts; the journalists are still in trial. The French company Vinci is also representative of these cases. Vinci denounced the NGO Sherpa for defamation after it publicly showed the alleged use of the company’s forced labor in Qatar. In Colombia, the way to avoid damaging the reputation of a company that appears to be involved in bad business practices seems to take other forms. On the one hand, there is the use of administrative procedures to protect the free market and the rights of consumers to avoid public interest criticism. This was recently done by the soft drink company Postobón, which filed a complaint against the NGO Educating Consumers for publishing information related to the possible health effects of excessive consumption of sugary drinks. At the beginning, the company managed to stop a commercial from being issued and was able to continue with an advocacy campaign against a proposal to tax sugar-sweetened beverages. On the other hand, the State can be the one to promote the reputation as a right and commercial asset over other types of considerations through regulatory frameworks, such as access to public information or the right to the truth of the victims. An example of this is the recent Law of Procedure of the Special Jurisdiction for Peace (JEP).

The JEP is the Special Tribunal created by the agreement between the Colombian Government and the Revolutionary Armed Forces of Colombia (FARC) in order to legally close the Colombian armed conflict, punish those who committed the most serious crimes, and provide legal security to those who fought or participated in the conflict. Currently, the JEP not only has competence to resolve the cases of former guerrillas and members of the Colombian Armed Forces, but it can also learn about crimes committed by state civil agents and third-party civilians—people who, without being a direct party to the conflict, allegedly participated in crimes—as long as these are presented voluntarily.

What is the problem with maintaining the reputation of companies in the context of the JEP? It’s simple. The combatants that go to the JEP commit themselves to tell their version of the facts regarding the crimes they committed, in exchange for a reduced penalty. In this context, I could mention companies and businessmen who participated in the crimes, either directly or as funders, or even with the force of arms. This is not an unconfirmed hypothesis: a recent study by Dejusticia and the Transitional Justice Network of the University of Essex shows that even solely in cases of paramilitaries (undertaken since 2006 before the General Prosecutor’s Office of the Nation and consigned in sentences issued by courts of Justice and Peace), economic actors were mentioned 766 times for their alleged participation in crimes during the armed conflict. Apparently, to prevent third-party civilians from being mentioned in the JEP judgments, the Congress included in the Law of Procedure a section that established that the reputation of third parties must prevail in any case. Thus, in order to safeguard the reputation of a third-party (a company, an employer, a political candidate, etc.) mentioned by a former guerrilla, a soldier, a policeman, or a victim as part of a crime, Congress prohibits discussion of these individuals when they are not directly part of the trial.

Just as some states in the United States have tried to stop the avalanche of attacks on participation in public interest debates that affect the reputation of companies and individuals, in Colombia some organizations, such as Dejusticia and the Colombian Commission of Jurists, have tried to stop the strategy of muzzling judges to avoid damage to the reputation of companies that might have participated in the armed conflict. Having quality public information to understand the role of companies and entrepreneurs in our country is key to democracy and public deliberation. The strategies are different, but they point to the same issue; we have to stop them.

Santrich Case: Dejusticia Defends and Respects the Autonomy and Independence of the Special Jurisdiction for Peace (JEP)