Professional secrecy in abortion cases: the inhumane dilemma between prison and death 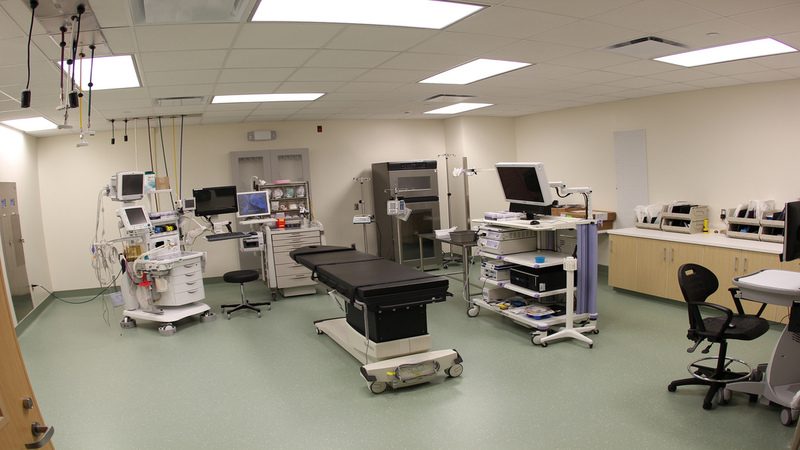 In 2013, a 28 year-old woman went to a hospital in Argentina for health complications resulting from an incomplete abortion. Seeing the severity of the damages, the medical staff at the hospital took care of her immediately. However, the more they learned about the patient’s condition, and after realizing that she had gotten an abortion, the doctors began to treat her differently. They reduced the medication dose so that she would feel pain for what she had done and, later, one of her doctors filed a complaint with the police. The woman was taken to the police station, although her wounds had not yet healed completely.

Professional secrecy is the legal concept that requires health professionals to keep any information that the patient provides confidential. The violation of professional secrecy by doctors and health personnel who report women who have received an abortion seems to be a common practice in Latin America. In 2016, in Ecuador, a 26 year-old, mother of two children and domestic worker, underwent an abortion in poor conditions, which resulted in serious health complications. The doctors who treated the woman reported her and she was imprisoned under the legal concept of preventative prison. As a result, her children had to move with relatives who lived in another province and she had to finish recovering from her health effects while in prison.

Further back in time, in Colombia, in 1998, Alba Lucía Rodríguez, a 19 year-old rural woman who became pregnant due to rape, began to experience strong contractions. Frightened and away from a hospital, she went to the bathroom of her house, where her dead daughter was born. In light of the severe blood loss, Alba Lucía went to a hospital. The doctor who treated her reported her to the authorities and she was sentenced to 42 years and 5 months in prison for the crime of aggravated homicide. 2013 protest in Madrid in favor of reproductive rights. Photo by: gaelx

According to research by the Guttmacher Institute, although in several Latin American countries the voluntary interruption of pregnancy is a fundamental right under certain circumstances, clandestine and unsafe abortions remain the first choice for many women seeking to terminate their pregnancies. By August 2017, about 760,000 women had been treated in the region for complications arising from incomplete abortions. Similarly, until 2014, the health effects of abortions performed in poor conditions were the cause of at least 10% of maternal deaths.

Women who survive unsafe abortions tend to experience long-term health effects such as chronic pain, pelvic inflammation, and infertility. And in general, rural women are the ones who are impacted the most, given that in the countryside multiple barriers to access adequate abortion procedures and health guarantees persist.

Meanwhile, according to the latest research by Dejusticia on professional secrecy and abortion, three types of regulations regarding doctors who report women who have had an abortion prevail in Latin America. First, countries like Ecuador, El Salvador, and Chile establish the duty of physicians to report all cases of abortion as part of the exercise of their profession. Second, legislation in Brazil regulates reporting under certain circumstances. Finally, countries like Uruguay and Argentina protect, in all cases, professional secrecy. In the case of Colombia, the Constitutional Court has ruled in several instances in favor of the protection of professional secrecy, but there is not a specific position regarding abortion.

International human rights organizations, including the Committee on Social, Economic and Cultural Rights (ESCR) and the Convention on the Elimination of All Forms of Discrimination Against Women (CEDAW), have established the protection of professional secrecy as a guarantee to women’s access to sexual and reproductive rights. The Code of Medical Ethics also stipulates the obligation to protect the confidentiality of information provided by the patient to health professionals. These protection mechanisms meant, for example, in the case of Alba Lucía, that the Inter-American Commission on Human Rights (CIDH) could rule that the sentence was disproportionate, that evidence obtained by means of the violation of professional secrecy should not be considered and that, in this case, the doctor’s reporting had deepened situations of discrimination and violence. However,  the persistence of clandestine and unsafe abortions, along with legislation that does not guarantee the protection of professional secrecy, set a scenario in which women who get or want to get an abortion are vulnerable in two ways: by putting their lives and health at high risk or by by risking that a health professional reports them. Although an exact figure of how many women are reported when they come to the hospital seeking help for incomplete abortion procedures is unknown, it is not unreasonable to think that the behavior of doctors remains a strong barrier for women who have had abortions to seek medical help.

In light of the fear of being reported by the doctor and being involved in criminal proceedings or even go to jail, many women prefer the option of hiding, which, many times, compromises their life and health in the long run. Therefore, the protection of professional secrecy in abortion cases is a fundamental guarantee for women to exercise their right to terminate a pregnancy –in those countries where abortion is legal under certain circumstances–  and the rights to life and health. If doctors continue to violate professional secrecy and report abortion cases, women will continue to be subjected to an “inhumane dilemma: death or prison,” as the National Chamber of Argentina has warned.

* This article is based on the reflections of the latest Dejusticia publication:  Jail or death. Professional secrecy as a fundamental guarantee in abortion cases, written by Ana Jimena Bautista, Anna Joseph and Margarita Martínez. Available here.

The debts we owe to female coca growers

In the country side, life is much harder for women than for men

Where are these so-called monsters born?

War machos: sexual violence in Peru during the armed conflict

A nation, half men and half women: feminists demand justice