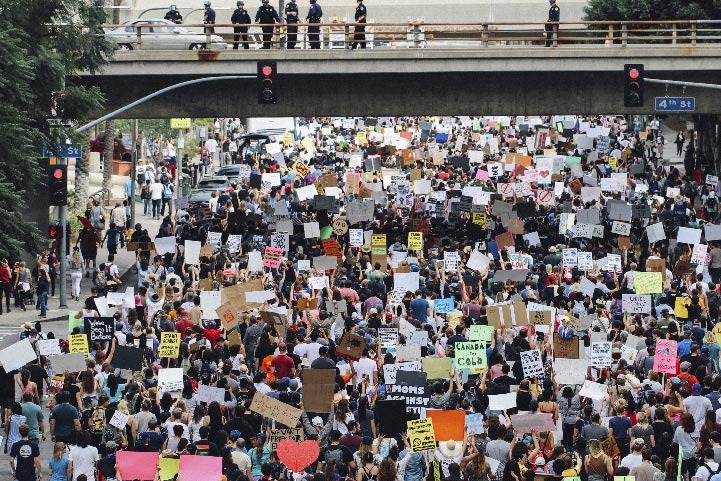 In spite of the Argentine Senate’s decision, this mobilization showed the force of the feminist movement, destabilized conservative sectors, placed abortion at the center of the legislative debate, and, above all, gave a feeling of victory to women.

In spite of the Argentine Senate’s decision, this mobilization showed the force of the feminist movement, destabilized conservative sectors, placed abortion at the center of the legislative debate, and, above all, gave a feeling of victory to women.

Women from Argentina have managed to give feminists across the continent a sense of collective euphoria. Seeing streets covered with green bandanas symbolizing the fight for legal abortion was, for many, the hope that it is possible, little by little, to have control over our own bodies and decisions. The emotions that were awoken, the dream that was built regionally, and the stories behind each woman that went out to demonstrate culminated in the most important slogan of the campaign: in the streets and online, women were saying “Que Sea Ley” (English: Let It Be Law). These words became the mantra of those who defend legal abortion in Argentina, and were the way of naming a movement that, in spite of the unfavorable decision of the Senate, made history in the country—so much so that, during the days leading up to the decision, people were saying goodbye with a cordial Que Sea Ley, as if the words were some kind of code for a conspiracy.

There is something in this message, in those three words, that continues to fascinate me. I believe that it clearly reflects the ways that many feminist movements (and, in general, progressive movements) in Latin America have devoted their causes to law and have associated legal change with social change. In the past few years, various feminist groups have adopted strategies that increasingly involve the law and that carry with them the idea that institutions can be useful in counter-majoritarian movements. The goal is that injustices be recognized by the law, and that that which is just be law.

The phenomenon of legal mobilization—the strategic use of law to change the social conditions of certain groups—is relatively recent in Latin America and is related with new understandings of law and social change. In the second half of the 20th century, movements aligned with the left (including feminist groups) followed the idea that social change was synonymous with revolution. What they sought was the elimination of oppressive institutions, including law. Law was not seen as an instrument of change, but as an enemy of the people. How did we go from having such distrust in legal reform to committing our struggles to it? How did we go from distrusting the law to shouting let it be law in the streets? Without a doubt, the democratization processes of the nineties, the creation of progressive tribunals, and the wave of social constitutionalism at the end of the 20th century closed the gap between feminist movements and legal protagonists. This opened opportunities for many activists to approach law as a possible instrument of change and institutions as potential allies.

In twenty years, legal mobilization—accompanied by mass marches, advocacy in media, and alliances between activists—has given victories to many women, especially in cases of abortion. Although Latin America continues to have one of the most restrictive systems in terms of abortion, the movement for legalization has occurred in many countries in the region and has progressively turned towards partial decriminalization. In 2006, the Colombian Constitutional Court decriminalized abortion in three cases, thanks to one of the most emblematic mobilizations of the Colombian feminist movement. The following year, in Mexico City, abortion was declared legal for any reason in the first trimester. In 2012, a similar regulation was adopted in Uruguay and abortion during the first weeks of pregnancy was decriminalized. In 2017, the Chilean Congress abolished the system of total punishment that governed abortion, instead adopting a system of cases similar to that of Colombia. All of these achievements were thanks the advocacy of the women that bet on the courts, the assemblies, and the law.

These victories have reinforced faith in the law, have highlighted women as important political actors, and, in many cases, have also led to concrete change. However, in countries that have adopted a partial decriminalization of abortion there is still a pattern: despite legal advances, informal rules continue to create unjust barriers for women in practice, and, in many cases, prevail over the formal rules of the law. I venture to say that this does not just happen with abortion and the rights of women. All counter-hegemonic movements that achieve legal advances eventually, over time, become disillusioned with the gap between law and practice. And that’s not the only disappointment. There are also those that are harder to cope with, the ones that occur when the law simply does not work. What happened in Argentina last week is proof: although the impact of mobilization transcended purely legal change, many of us felt cheated by the law.

Is this to say that we should renounce legal mobilization to avoid suffering and disappointment? No. And I say no for a particular reason. Just as we feminists have wanted to appropriate the law to address injustices, law has traditionally been appropriated by ideas that reproduce inequality, essentialize women, limit our decisions over our bodies, and legitimize the division between productive work and reproductive work. In the face of unjust legislation, the most logical path is to mobilize ourselves for just legislation. As the professor Julieta Lemaitre says, the use of law can help social movements make sense of violence and injustice, reassert identities, and recreate lives and experiences. In this way, even though we are disappointed, even though we have an ambivalent relationship with the law, legal mobilization helps us by sending the message that we, too, can use law in our favor.

In spite of the Argentine Senate’s decision, this mobilization showed the force of the feminist movement, destabilized conservative sectors, placed abortion at the center of the legislative debate, and, above all, gave a feeling of victory to women. The mobilization said to the world that feminists can take to the streets and petition institutions at the same time. Many of us know that the legalization of abortion is only a matter of time, that “sooner or later, it will be law.”