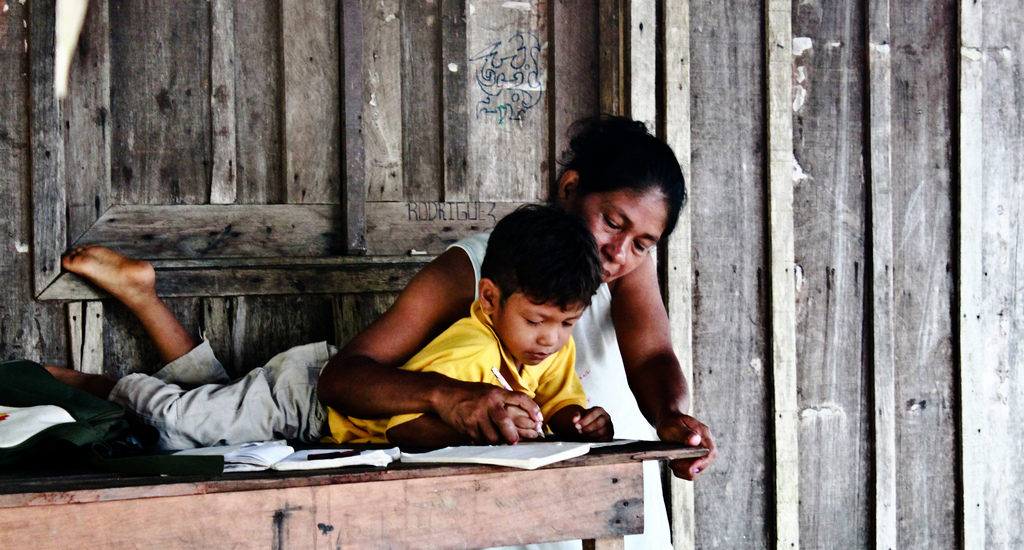 This case, like the other ethnic land restitution cases, seems to reflect an emergent ethnic public policy that considers not just the need for collective reparation, but also for guaranteed social rights and ethnic rights in order to ensure the survival and wellbeing of ethnic communities in their traditional lands.

This case, like the other ethnic land restitution cases, seems to reflect an emergent ethnic public policy that considers not just the need for collective reparation, but also for guaranteed social rights and ethnic rights in order to ensure the survival and wellbeing of ethnic communities in their traditional lands.

What does it mean to make collective reparation to indigenous and Afro-Colombian communities (often referred to, along with the Rrom, as “ethnic communities”)? This will be a key question to be addressed in the implementation of peace accords eventually reached with the FARC and ELN. A future ethnic reparations program need not reinvent the wheel, however; reparations programs from other countries, as well as recent precedent from Colombia in the form of land restitution to ethnic communities carried out since 2011, offer important lessons for the present moment. At Dejusticia, we are currently evaluating the implementation of these land restitution decisions to identify better practices for a future expanded reparations program and support post-conflict ethnic justice.

Collective reparation for conflict-related harms is not the only pending debt the Colombian government has to ethnic communities, however: ethnic communities are also disproportionately likely to be deprived of basic social rights (whether owing to discrimination or to lack of State services in their territories) and constitutionally-guaranteed ethnic rights, and still have not received reparations for violence, exploitation, genocide, and slavery they have historically suffered. The “Ethnic Chapter” of the revised peace accords with the FARC, published on November 14, explicitly acknowledges this historical violence as a context and justification for taking a differential approach to reparation for ethnic communities. Failure to recognize and remedy historical discrimination and violence against minority groups as part of transitional justice efforts prevents the transformation of material conditions that characterized the previous unjust political context—calling into question to what extent such processes can be said to mark a true transition. Consider, for example, the recent experiences of South Africa and Canada.

Although these issues—conflict reparations, historical reparations, indigenous rights, and social rights—are generally theorized discretely by academics, the Colombian experience to date has demonstrated that in practice they must be addressed simultaneously, through coordinated policy, in order to ensure the survival and empowerment of ethnic communities. Indigenous activists sometimes refer to such a policy as “ethnic public policy with a differential approach” (política pública étnica con enfoque diferencial). 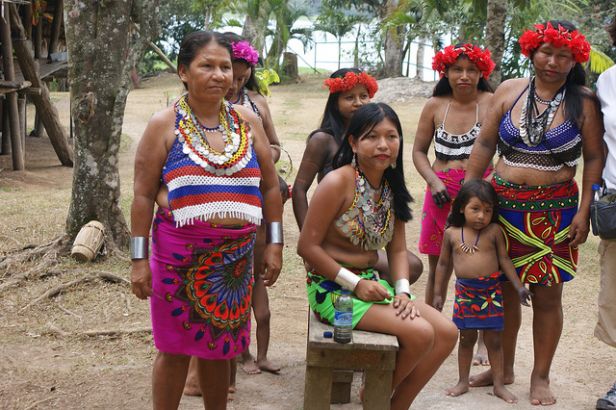 Colombia has already made some limited collective reparation to ethnic communities in the form of land restitution under Decrees 4633 and 4635, which supplement the “Law on Victims and Land Restitution” (Law 1448 of 2011) with special provisions for the reparation of indigenous and Afrodescendant communities. To date, five such court decisions have been handed down to restore the territorial rights of four indigenous communities and one Afrodescendant Consejo Comunitario (“Community Council”). This institutional experience offers key lessons for the design and implementation of future reparations programs. The cases demonstrate the promise of holistic programs that address material and symbolic measures together, but also highlight problems that can be caused by failures of institutional coordination and political will, and failures by judges and functionaries to account for cultural differences (such as linguistic differences and forms of traditional authority and social organization) in writing and implementing the decisions. (The difficulty, and necessity, of careful “cultural translation” in designing and implementing indigenous reparations programs in particular seems to be a constant, from Guatemala to New Zealand.)

These land restitution decisions are striking because in many ways they resemble structural social rights litigation, reflecting an understanding that restoring territorial rights to ethnic communities requires resolving serious structural injustices (commonly including the continuing presence of armed groups; illegal mining; lack of infrastructure, adequate health services, housing, and education; and severe food insecurity) that prevent these communities from living securely in their territories. The decisions order national and departmental institutions to coordinate to remedy these problems, generally with close court oversight. The interconnected orders in these decisions hint at the seeds of a future ethnic public policy.

Consider the case of the Embera Katío people, subjects of the first ethnic land restitution decision, which was handed down in 2014. About 1,450 families make up the Embera Katío community of the Alto Andágueda indigenous reservation (resguardo indígena) in Chocó. The community has been seriously affected by the armed conflict: since the 1980s, their territory has been used as a hideout and transit zone for paramilitaries, drug traffickers, and paramilitary successor groups commonly known as “bacrims.” Since the massive entrance of drug traffickers into the area in the late 1990s, violence, homicides, and forced displacement have skyrocketed; as recently as 2012, the military bombed a community inside the resguardo, causing the displacement of over 2,000 residents. 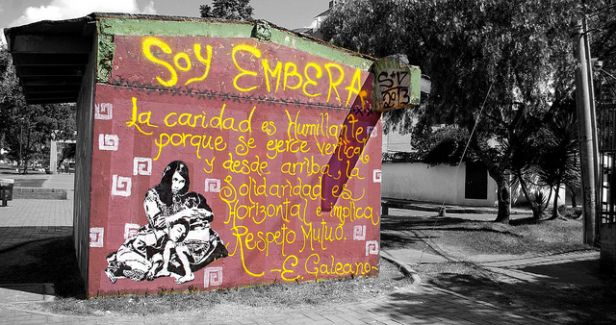 Their traditional territory is also rich in gold, a source of conflict in the region since colonial times. Since 2008, the Colombian government has granted mining concessions over as much as 62 percent of the territory of the resguardo; by law, these concessions should be subject to a process of free, prior and informed consultation (FPIC) with the community. But they have not been. Although the land restitution judge ordered that the contracts be suspended until they could be properly consulted with the community, illegal mining continues in the resguardo. Furthermore, those who currently live in the resguardo suffer from serious food insecurity largely caused by military aerial fumigation with glyphosate in recent years, and malnutrition is common.

What does it mean to restore territorial rights to a community living in these conditions? In such cases, the land restitution judge’s task is considerably more complex than issuing a declaratory judgment that the land in question belongs to the community—indeed, in this particular case the community’s legal title to the land was never in question. Rather, in order to return to and live peacefully on their land, the Embera Katío need guarantees: more than just a legal declaration of ownership, they need physical security from armed actors, social security (including adequate food, housing, and health care), and support for the “life plans” (planes de vida) of community members that allow their communities to thrive in their traditional lands. The judge’s orders in the decision reflect these needs, including, among others: orders to create individual and collective security plans, end fumigation, carry out FPIC, build health clinics and hire doctors, and hold workshops to identify inter-ethnic conflicts and work toward peaceful conflict resolution.

Despite the wide range of legal guarantees the community received in the decision, however, the implementation of the decision has been slow and difficult. Discussions with lawyers for the community and information received from government agencies responsible for the implementation of the decision reveal that a lack of institutional coordination has hampered the creation of health infrastructure and housing, still incomplete more than two years later; illegal mining inside the resguardo continues, and local authorities who oppose it continue to receive threats; and linguistic and cultural differences between the community and government functionaries present serious challenges for the implementation of educational, vocational, and welfare programs. As a result of these and other problems, many Embera Katío families remain displaced in cities like Bogotá and Medellín, and the families in the resguardocontinue to live in precarious conditions.

This case, like the other ethnic land restitution cases, seems to reflect an emergent ethnic public policy that considers not just the need for collective reparation, but also for guaranteed social rights and ethnic rights in order to ensure the survival and wellbeing of ethnic communities in their traditional lands. Nonetheless, lack of institutional coordination, high-level policy conflicts between respect for ethnic rights and other governmental priorities (most prominently, resource extraction), and government agencies’ still-minimal capacity to work with ethnic communities continue to pose serious barriers to the success of these cases in practice. By evaluating both the successes and challenges of ethnic land restitution to date, we hope to provide insights that will improve both the design and implementation of collective reparations to ethnic communities in the future, embodying a broader vision of ethnic justice.

*Helen is a J.D. Candidate at the University of Texas School of Law (expected May 2017), and holds an M.A. and B.A. in International Studies from the University of Oklahoma. Her work at Dejusticia focuses on indigenous and Afrodescendant rights and land restitution. She has previously worked at the UN High Commissioner for Refugees in Mexico City, the Inter-American Court of Human Rights, and the Western District of Texas

Cosigo, the Amazon and Prior Consultations

The Wiwa People and the Ranchería Dam (Documentary)