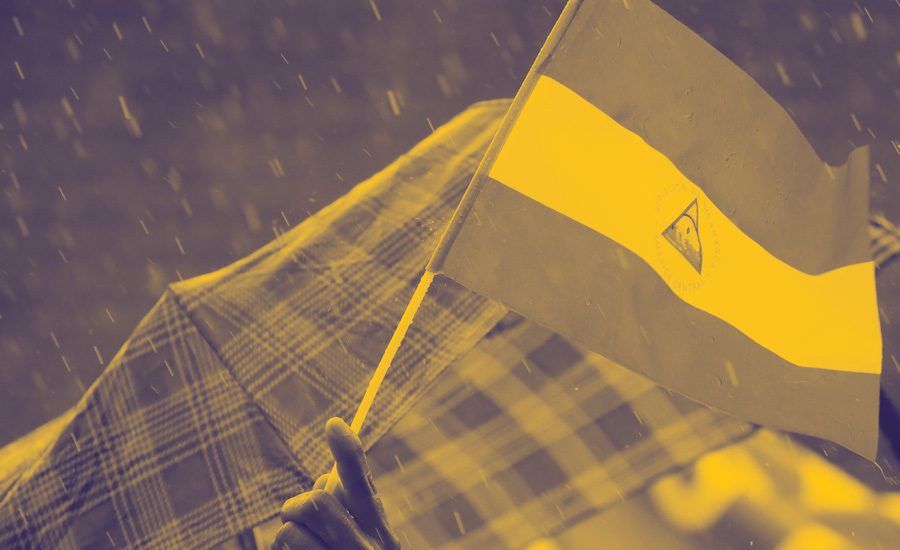 Defending human rights in the face of authoritarian tendencies is difficult and in many cases implies risks to both one’s freedom and life. |

Although the fight against authoritarian tendencies cannot be addressed simply with rights and the people who defend them, we believe that these types of strategies, insofar as they articulate different social sectors, contribute to the deepening of democratic practices.

Although the fight against authoritarian tendencies cannot be addressed simply with rights and the people who defend them, we believe that these types of strategies, insofar as they articulate different social sectors, contribute to the deepening of democratic practices.

Human rights in Latin America are at risk. In the last five years, 42% of the countries in the region experienced decreases in liberties. In the same period, countries considered Not Free increased from 2 to 4, or Partially Free from 4 to 8, according to the Freedom House index. Even if these global measurements already prove problematic, additional data suggests a trend towards increasing human rights violations, reflected in the fact that 68% of murders of human rights defenders in the world occur in Latin America.

This weakening of rights and freedoms is associated, among other factors, with the strengthening of diverse forms of authoritarianism, a simple word that encompasses complex practices that usually involve the concentration of power in one person, group or party, the breaking of constitutional norms, and abuses of power. How can these authoritarian tendencies be confronted to reduce their impact on human rights? In this blog we reflect on the various mechanisms that civil society has used to resist and transform authoritarian tendencies in the region.

Authoritarian tendencies in the region

Authoritarianism is not a phenomenon particular to Latin America, but it has accompanied the history of the region. A hope of overcoming this emerged at the end of the 20th century. The countries with dictatorships distanced themselves from them and turned to human rights as part of the road to more democratic regimes. Albeit with important variations from country to country, constitutional reforms since then and into this century have adopted broad lists of rights and mechanisms to enforce them, meanwhile international human rights standards have expanded and diversified thematically.

More rights have not prevented authoritarianism from re-emerging and changing its dynamics. Police repression, restrictions on the right to protest, persecution against members of the opposition, civil society organizations and human rights defenders, increased threats to freedom of the press, attacks on judicial independence, hate speech and rights violations of minorities, among others, belong to the list of recent authoritarian trends in the region. These trends occur both in regimes considered authoritarian and in contexts where governments instrumentalize democracy and its rules.

Although human rights organizations have documented and denounced these trends, the general silence in the face of them is deafening. The voices that seem to be heard more and more loudly are those of people who justify and favor the use of these practices. Some studies suggest that societal support for the restriction of human rights in Latin America is associated with worldviews that see authoritarianism as a form of protection, especially against minority groups that “must be controlled.” This would explain, for example, why in El Salvador President Bukele’s measures against persons deprived of liberty are not massively rejected by the citizenry. These visions conceive of human rights as a weakness of the rule of law, which can be overcome with an iron fist.

Defending human rights in the face of authoritarian tendencies is difficult and in many cases implies risks to both one’s freedom and life. In practice, it is a matter of defending rights against narratives used to justify authoritarianism that interpret society’s deepest fears, such as insecurity or unemployment, and that tend to be very popular because they take on forms that are very simple and easily disseminated. In the face of these narratives, talk of rights seems to be a discourse disconnected from the most pressing realities. In some contexts, rights can even be seen as the defense of those who are painted as real threats to society, such as people deprived of their freedom or “external enemies,” such as migrants.

However, the human rights agenda is not one of impunity and disorder, but rather one of dignity. Rights were a victory for humanity during centuries of struggle for freedom and equality. They are also limits to power that protect us all equally. The loss of the rights of some represents, in the long run, the risk of loss of rights for all.

In Venezuela, faced with the difficulties in carrying out human rights work that have been documented by Dejusticia, several organizations have opted to form alliances among themselves in order to strengthen each other. This institutional strengthening has included strategies such as changing their security policies based on good examples from their peers. They also exchange successful experiences on both human rights activism and how to finance their work. In addition, Venezuelan organizations have cultivated relationships with organizations in other countries to increase visibility and to help denounce human rights abuses committed in the country.

Another way to combat narratives of criminalization and stigmatization used by authoritarian regimes is through social media campaigns that are linked to broad social mobilizations. In 2021, several organizations in Mexico launched the national campaign “To know them is to recognize them” (“Conocerles es reconocerles”), in order to promote recognition of the work of human rights defenders and journalists who face frequent threats by armed civilians, organized crime gangs, members of the National Guard, public officials and others. By posting their stories on Instagram, Facebook and Twitter, as well as videos and a podcast with their stories and achievements, the campaign highlights their experiences and seeks to generate greater solidarity towards their work.

These strategies are just some of the examples of resistance to stigmatizing narratives and other authoritarian measures that violate human rights.  In subsequent posts we hope to explore strategies with different rationales and delve deeper into the levels of effectiveness of these measures. However, in this column we focus on these because they show two key aspects worth strengthening in the struggle against authoritarianism: the importance of taking seriously the stigmatization against groups and discourses of rights protection, and the centrality of collective and community work.

Although the fight against authoritarian tendencies cannot be addressed simply with rights and the people who defend them, we believe that these types of strategies, insofar as they articulate different social sectors, contribute to the deepening of democratic practices. In any case, this is a struggle in which communities, society in general, and institutions must all be engaged.

The Right Against Sexual Preference Discrimination

The Doors that are Opening from Havana