Returning to the colonial space 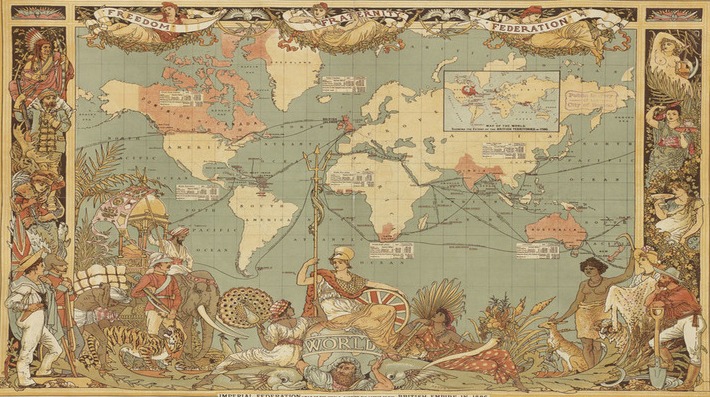 The international phenomenon of land grabbing, which in its most recent manifestation already ten years old, could be seen as a form of neocolonialism that connects Global South countries around a common problem and resistance.

The international phenomenon of land grabbing, which in its most recent manifestation already ten years old, could be seen as a form of neocolonialism that connects Global South countries around a common problem and resistance.

Countries as diverse as the Democratic Republic of Congo, Pakistan, India, Algeria and Indonesia have all in common that they were once colonies of Western states and gained independence after World War II. This, unlike most Latin American countries, which became independent during the nineteenth century. Colonialism, seen as a form of political and economic domination under a Western cultural project, seemed to be a thing of the past. But if we pay attention to Bruce Gilley´s recent call to resume an alleged ‘colonial governance agenda’, we realize that it is not.

Out of all the different ways in which the world could adopt colonialism, global contemporary dynamics around land markets seem particularly disturbing. This market involves the appropriation and use of territory (which was typical among old colonial empires) and is now common across the Global South. Its operation relies on using representations of the territory and of the other in ways that facilitate land appropriation. Thus, the international phenomenon of land grabbing, which in its most recent manifestation already ten years old, could be seen as a form of colonialism that connects the Global South around a common problem and forms of resistance.

This approach is illustrated by a global process and the way in which it connects with the Latin American regional context. International land grabbing has operated through a form of representation of space that emphasizes the availability of empty and suitable lands for capital investment. As stated at the time by then UN Special Rapporteur on the Right to Food, Olivier De Schutter, it is “an easy notion to manipulate” because, in many cases, the ’empty’ lands are exploited by farmers, itinerant shepherds, or ranchers without property titles.

The dimensions of these transactions are not negligible: the latest report of the NGO International Grain shows that, between 2008 and 2016, there were 496 massive land acquisitions that covered more than 30 million hectares in 71 countries. The geographical distribution of acquisitions shows that they took place especially in the Global South. This is corroborated by the list of the ten countries that have received investments in land both by foreigners and local businesspeople, which mostly coincide with countries in Africa and South America. In contrast, among the ten countries that invest most in lands, there are some old imperial powers, but also states facing recent economic development (eg. Saudi Arabia, Singapore and Brazil).

List of the top 10 countries that have invested the most and that have received the highest investment in land. Source: Land Matrix . Available here.

Land investors include governments and companies seeking to produce food so that their countries are less dependent on fluctuations in international markets. However, other economic actors, which in principle have nothing to do with agricultural production, have also been involved as in the case of pension funds. For them, land is part of an investment portfolio that includes the carbon market, precious minerals, environmental services and water sources. Something that has been called the ‘consensus of commodities’ and revolves around natural resource extraction.

This global land market dynamic, in which new countries and both local and foreign economic actors are involved, has been characterized as a form of contemporary colonialism or neocolonialism, which had already showed signs since the earliest land purchase by Persian Gulf oil powers in Africa.

Recipient countries, which more often than not converted the opening to international investments into a state policy, hoped to increase their reserves of foreign currency, create jobs, benefit from technology transfer, reduce poverty, and develop the countryside. However, as it had happened in traditional colonial settings, the benefits were accrued by the (transnational and local) investors. Meanwhile, the environmental (pollution of water sources), social (landlessness, domestic shortages, displacement) and economic (food import, low tax revenue) impacts are internalized by Global South countries that sell or rent the land.

Colombia has not been exempt from this global dynamic. Currently, the country is having a discussion about which rural development model is suitable for a wide area in the east known as the Altillanura. This region is home to a large portion of the 22 million hectares of agricultural land in the country and whose exploitation based on an agroindustrial model would allow Colombia to become one of the ‘pantries of the world’. Organizations like OXFAM have questioned this approach because, they argue, land access for rural communities should be prioritized as a tool to reduce inequality and eliminate one of the historical causes of the armed conflict, rather than allowing land concentration in the hands of powerful businesspeople, who are likely to invest in monoculture for food and biofuels export.

Meanwhile, companies like Cargill have acquired more than 50,000 hectares of land in the region. This has been possible because the Altillanura has traditionally been depicted as far away from the main urban centers of the country, with poor infrastructure and high rates of poverty and “backwardness”. Therefore, it was argued that there was a need for large capital investment to achieve development. In this process, the original inhabitants and their production systems were ignored and branded as inefficient and inadequate for the different soil types in the region.

These representations were common at some point to refer to the Brazilian Cerrado, where an agroindustrial reactivation of the southwestern region resulted in large local landowners converging (fazenderos) and foreign companies exacerbating the dispossession of the ancestral lands of Guarani indigenous people. Many of the ethnic group members have killed themselves prey of despair by worsening living conditions, while others have been killed for demanding back their territories. This example is one of the most dramatic cases today, illustrating the effects that new forms of colonialism around land could produce.