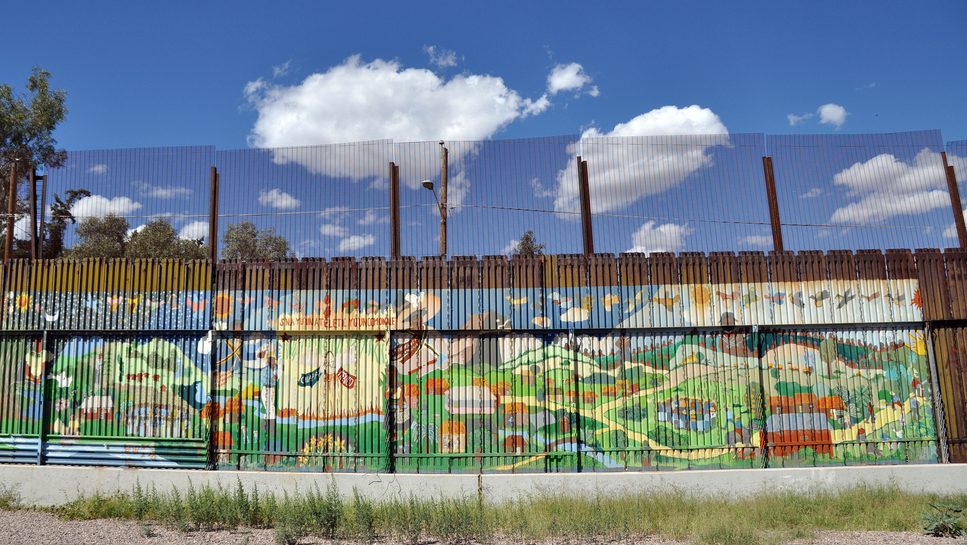 Every day thousands of Venezuelans come to Colombia fleeing the crisis. Johan, who used to work as a telecommunications engineer at Movistar, is one of them. Today, after living three months in Bogotá, he sells candy in Transmilenio. Meanwhile, in Texas, United States, Sonia cleans houses. In Mexico she lived in the state of Tamaulipas, where she ran her own restaurant. Johan and Sonia are two of the 25.3 million people in the world, according to UNHCR, who have been forcibly displaced “because of persecution, conflict, violence and human rights violations” and who had to cross the borders of their countries in search of protection and opportunities to survive.

Johan decided to leave his country after fearing that he would be trapped in case of a definitive closure of the borders. Violence in the streets, the repression of protests, and permanent violations to freedom of expression and the right to human health (because of food and medicine shortages) made Johan’s life in Venezuela unsustainable. In contrast, Sonia fled Mexico after being tortured and sexually abused by police officers. The officers accused her of participating in drug trafficking because she refused to pay a bribe. After being detained for more than a year, a judge declared her innocent and ordered to open an investigation against the police. In retaliation, Sonia and her family received threats and decided to leave to the United States.

Not all forcibly displaced persons arriving in other countries find the same response to their humanitarian needs. The attention they receive will depend on multiple factors such as the existence of policies and programs, the availability of resources, the country’s experience in managing migratory flows, and the political position of the current government on migration.

Immediately after Sonia entered the United States, she was arrested by the police and taken to a detention center. She was detained for about 5 months with restricted access to communications and visits. During that time, Sonia submitted her application for asylum with support from American Gateways. Today, she is allowed to stay and work legally in the country.

When Johan crossed the border, the Colombian immigration officer authorized his entry as a “tourist” for 180 days. This type of visa does not recognize the serious humanitarian situation of Venezuelans like Johan. It does not allow him to work, or access health services (except in medical emergencies). Although UNHCR has encouraged governments to consider Venezuelans escaping the crisis as refugees, and Colombian law provides the same status to anyone forced to leave their country due to generalized violence or other circumstances that “have seriously disturbed public order,”  there are time and information barriers to access this procedure.

For example, prospective applicants are only allowed to submit the application at the time of entry or within the next two months, a time frame that is insufficient considering the conditions in which they arrive and that their priority is to find shelter and food on a daily basis. In Johan’s case, no one told him that he could seek asylum in Colombia and the two months to submit his application have already passed.

The stories of Johan and Sonia show two types of response to a humanitarian need in the Global North and South. They also evidence the impacts (both positive and negative) of these responses. The cases of the United States and Colombia are interesting to analyze given their particular experiences with migratory flows. Historically, the United States has been the main recipient country for persons forcibly displaced across the Americas. It has a structured immigration system with judicial and administrative channels to access humanitarian visas and an organized civil society to represent the rights of this population. Colombia, on the other hand, has been for the most part a country where people leave due to the armed conflict and for economic reasons. The massive arrival of Venezuelans is the first large-scale migratory crisis to which the Colombian state must respond.

The immigration policies of the United States and Colombia have much to learn from each other so that those in the situation of Johan and Sonia can access the protection they need. Colombia needs to strengthen its attention channels and information dissemination measures so that it can provide a rapid, clear and flexible response. An example of this effort is the creation of a special residence permit for Venezuelans who have legally entered the country, which provides work permits. Likewise, civil society should enable spaces for discussion on migration policies and undertake legal and humanitarian assistance actions aimed at this population.

The U.S. should review the use of detention as a means to control migration, as this not only violates the right to liberty, but has had serious impacts on the physical and mental health of those who enter the system looking for protection. In addition, immigration policy reforms must be a state decision and not just a decision by the current government. Given the serious impacts of measures like the recent suspension of the refugee program by the Trump administration, it is key that factors aside from political ones are taken into account when making decisions.

The tragedy of forced displacement violates the fundamental rights of those who, like Johan and Sonia, must abandon their families, their homes and their jobs in order to survive. Thus, recipient countries must have policies that guarantee the life, integrity and family reunification of forced displacement victims. In conclusion, states must remember that human rights are not lost when crossing a border.

* Lucía is a reseacher at the Center for the Study of Law, Justice and Society (Dejusticia). The stories in this blog are the result of interviews conducted by the author in the context of her work as a researcher at Dejusticia (Colombia) and legal assistant at American Gateways (United States).