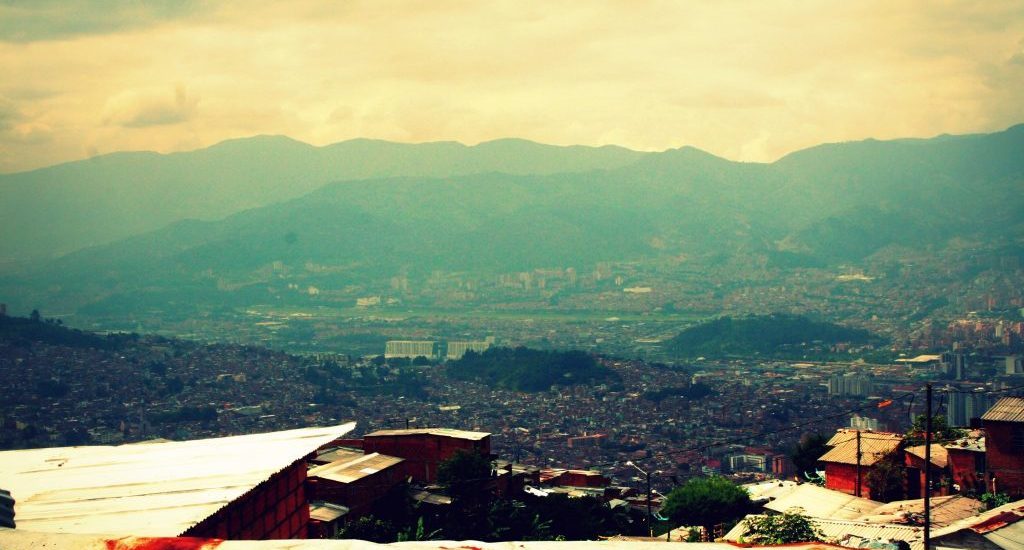 Colombia is undergoing a transitional justice process, in which society wants to know who participated in the internal armed conflict for economic purposes. The recently created Truth Commission must be a space to facilitate this discussion and unveil the role that economic actors played during the war.

Colombia is undergoing a transitional justice process, in which society wants to know who participated in the internal armed conflict for economic purposes. The recently created Truth Commission must be a space to facilitate this discussion and unveil the role that economic actors played during the war.

The responsibility of economic actors** in serious human rights violations has been systematically ignored by the different transitional justice systems implemented around the world. This is what Leigh Payne and Gabriel Pereira hope to address in their chapter in the report Increasing Accountability: the Role of the Truth Commission in the Unveiling of Corporate Responsibility in the Colombian Armed Conflict. The publication is an effort by Andhes, Dejusticia, and Oxford University to contribute to the work of the Commission for the Clarification of Truth (Truth Commission), which was created a few months ago in Colombia.

On February 19th,  Colombians woke up to a controversial story: three brothers had allegedly used a chain of supermarkets to supply the FARC and launder money from drug trafficking. Increasing Accountability aims to contribute to the construction of truth regarding the participation of economic actors in transitional contexts, such as the three brothers referenced in the news. It also seeks to provide information and tools so readers can form their own opinion regarding these events.

Bohoslavsky and Opgenhaffen claim that the role that banks played in the Argentine dictatorship is the missing piece in the puzzle behind the truth on the economic backing of the regime. Koska presents a similar scenario for the Truth Commission created in post-apartheid South Africa. Meanwhile, Carranza explains the responsibility of economic actors as something that is just emerging in current transitional justice scenarios. In Increasing Accountability, Payne and Pereira present a different panorama. The Corporate Accountability and Transitional Justice Database (CATJ) proves that even in the postwar period, the role of businesses and economic actors in perpetrating severe atrocities was discussed. In this context, more than 300 companies were brought to trial both at the International Military Tribunal in Nuremberg and in the criminal proceedings carried out by allied military courts and some United States courts.

One of the most famous trials before military courts in the United States was the Flick case, where six entrepreneurs were tried for their involvement in war crimes and crimes against humanity committed during World War II. Specifically, the cases dealt with the entrepreneurs’ contribution in the deportation and enslavement of civilians in occupied countries and territories, who were forced to work in iron and coal mines and in the production of iron and other materials. The entrepreneurs were also behind the looting of industries in France, Poland and Russia. Frederich Flick was sentenced to seven years in prison for his participation in these crimes.

Time passed and new attempts by different societies emerged in order to hold economic actors accountable for acts they committed in the context of atrocities. Through their research, Payne and Pereira found that a total of 83 legal actions involving companies and employers. In addition, out of 39 truth commissions, 22 recognized the participation of economic actors in human rights violations. Within these, there were more than 330 mentions identifying economic actors.

An example of these efforts is Brazil’s Comissão Nacional da Verdade, which sought to review the serious human rights violations committed between September 18th, 1946 and October 5th, 1988, the period covering the military dictatorship. This commission carried out an exhaustive study of the relationships between the business community and the repressive regime in a context of a political war. The CATJ mentions 123 economic actors in its report. Manifestation in favor of the truth commission and the denunciation of human rights violations during the military dictatorship. Photo by: Circuito Fora do Eixo

One of the most recurrent violations was the implementation of blacklists with names of workers fired for political reasons and who, as a result, were not supposed to be hired by other companies. A former employee of a multinational company based in Switzerland and operating in Brazil testified on this, informing the commission: “I worked in an entity called AAPSA, Association of Personnel Administrators of Santo Amaro. There, I shared knowledge from the human resources office and received information about lists of people who we should be careful in hiring, because they were labeled as “activists”, people who organize themselves inside factories.” This, according to the same report, implied the existence of a complex apparatus of monitoring and repression of union activity.

Meanwhile, in Colombia, as shown by Laura Bernal and Daniel Marín in the chapter they wrote for Increasing Accountability, there has not been an explicit take on the role that all actors played in the armed conflict. When analyzing the Colombian cases under the CATJ, they found that the Justice and Peace process presented the best opportunity to unveil the role of economic actors in armed violence in the country. The Justice and Peace framework was designed to investigate, prosecute and punish members of the United Self-Defense Groups of Colombia and other armed groups operating outside the law. The process relied on ex-combatants own statements, for which they were granted a substantial reduction in the penalty they would otherwise receive for the same crimes under ordinary courts.

Between 2005 and 2015, the CATJ mentioned 439 cases of corporate complicity in the trial court decision stage of Justice and Peace. All of these cases were mentioned in the background section of the decisions, where judges reconstructed the social, historical and cultural contexts in which the paramilitary phenomenon developed in Colombia. However, since the Justice and Peace judges only have jurisdiction to try members of armed groups operating outside the law, all this information has to be sent to the Attorney General’s Office and other competent bodies to investigate economic actors. Therefore, these mentions have not actually implied advances in the investigation, judgment and punishment of economic actors. The Truth Commission is a perfect scenario to deepen the understanding of Colombian society regarding the role that businesses played in the internal armed conflict. Thus far, what is known indicates that economic actors had at least a double role, in which they were victims and victimizers. As Bernal and Marín suggest, it is not possible to understand the business sector as a monolith; the dynamics of a truth commission lend themselves to knowing the different historical nuances. For example, there is a difference between the small trader in a border area that is harassed by an armed group to finance its operations and a business conglomerate that agrees to give part of its profits to an armed actor in order to obtain security in its commercial operations. As a society, we want to know who participated in the conflict for economic purposes or through their commercial activities. The Truth Commission must be a space for this.

* Economic actors include but are not limited to companies, businesses, entrepreneurs, and political actors with vested economic interests.