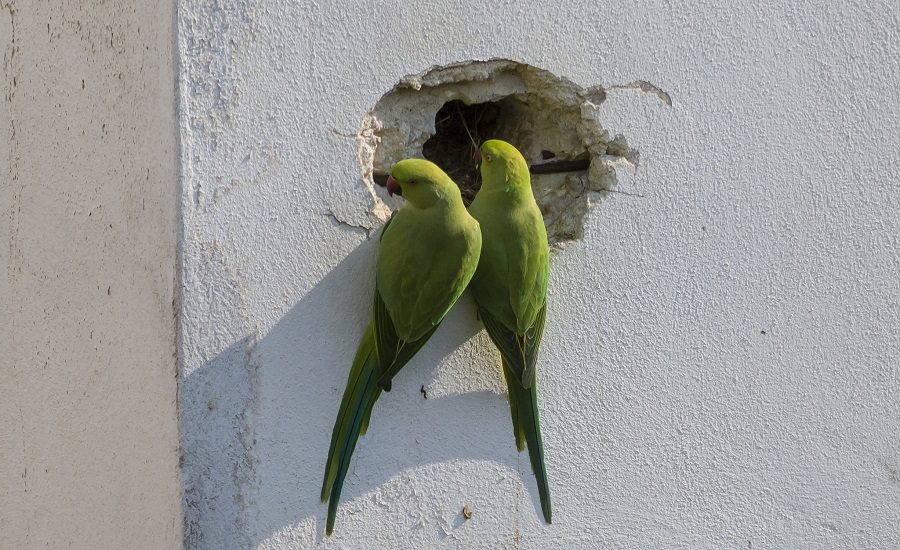 Birds face a variety of risks simply for coexisting with us, because we are a harmful species that grows egotistically and disproportionately.

Birds face a variety of risks simply for coexisting with us, because we are a harmful species that grows egotistically and disproportionately.

A few weeks ago I had the good fortune to participate, or rather observe and record (I took minutes on the event), a workshop on creative activism led by the wonderful Ishtar Lakani, a South African who works in the organization Sex Workers Education and Advocacy Task Force (SWEAT), and who defines herself as a rebel. Like a good creative leader, Ishtar began her talk by inspiring us. Creative activism tries to fuse art and activism, tactically applying creativity to generate more effective actions. To inspire us, Ishtar showed us several initiatives around the world, one of which in particular motivated me to write this column.

“I am here” (Estoy aquí) is a simple project with Chilean animals, which consists of tying helium balloons to street dogs with messages such as “Pet me” and “I’m thirsty”. The project then waits and records the reactions of the passerbys that the dogs run into. The video is moving—in general because, as a dog-lover, any picture of any dog captivates me. However, Ishtar’s reflection is that this initiative managed to “make visible the invisible.” With just a few balloons, they managed to bring attention to beings that generally pass by unnoticed. What’s more, the project called people to action, pushing them to effectively interact with the dogs. 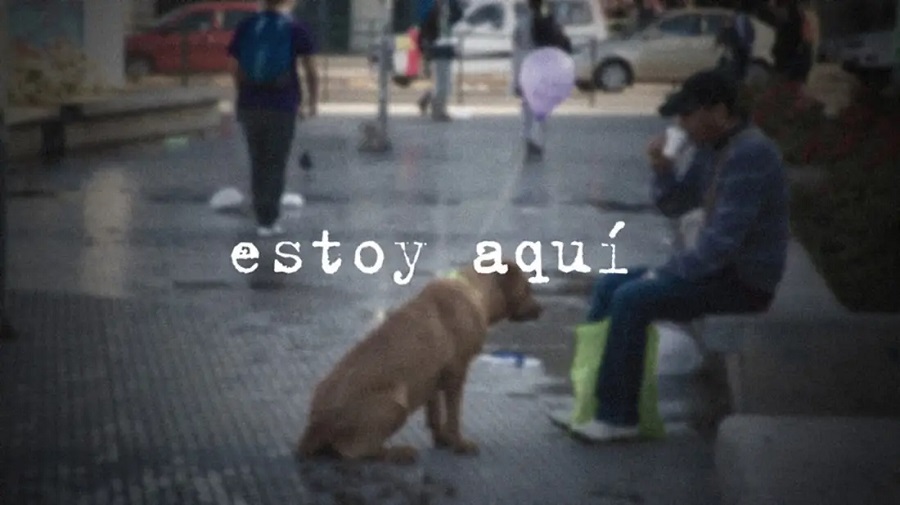 This column, however, is focused on even smaller beings, beings who, due to the unsustainable growth of large cities, go more and more unnoticed. These are birds—more specifically, native birds.

In December of last year I was walking my dog. She, like all dogs, is curious and stops to sniff everything. In the middle of our walk she stopped, and I stopped with her to see what had caught her attention (it really can be anything). I realized that it was a baby bird—VERY much a baby—that had fallen from a tree. I thought that it was dead because the closest tree was very, very tall, infinite in proportion to the size of the little fledgling. (A suggestion, dear reader: if you ever find a fledgling the first thing you should do is try to find its nest and, if possible, return it. That isn’t what I did.) Nevertheless, the bird was alive, and clearly I couldn’t just leave it to its fate.

I took the bird (impressive, I must say), and ran to my grandmother’s house (which was the closest). I googled what to do, and in that moment became the baby’s caretaker for several weeks. I called him Rubén (second recommendation to the reader: don’t get attached to the fledgling). I cared for it until I couldn’t have it anymore, as it seemed it had a broken leg and needed care that I wasn’t able to give. It is a wild animal, after all. Following the suggestion of a neighbor who also “gathers birds” like me, I took Rubén to the Rescue and Rehabilitation of Wild Animals Unit (URRAS) at the Department of Veterinary Medicine at Universidad Nacional. There the specialize in medical, nutritional, and biological care of wild Colombian animals, victims of illegal trafficking and fortuitous accidents. 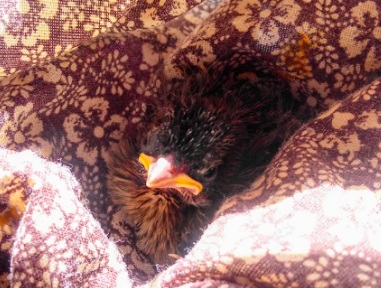 Camilo Hernández, veterinarian specialized in wild animals, explained to me that birds face a variety of risks simply for coexisting with us, because we are a harmful species that grows egotistically and disproportionately. They have difficulty nesting because there is less and less flora and native trees; they face risks of contracting respiratory diseases like anthracosis, which shortens the life of the bird in its periods of reproduction, among many others. In contrast the function and environmental contribution of these small beings is very large: granivores contribute to the spread of seeds, insectivores and raptors help control plagues, and vultures and their families take care of carrion.

The birds are not-so-silent victims of contamination and urban deforestation. The mayor of my city, to “recuperate public spaces” has cut down some 87,373 trees in the last two years. Each one of these chopped trees was a home for displaced wild fauna. By perceiving “incidental” accidents as “natural” processes we are detracting from the impact of logging. Some people talk about how the Mirla from cold climates attacks other birds and their nests because of extreme territorialism, or how the Chamon attacks the eggs and fledglings of other species to replace them with their own. This could have been Ruben’s case: when there are fewer trees, the birds are corralled in fewer spaces, which increases the frequency of these inter-species aggressions.

I’m finishing writing this column in the early morning. The first up are the birds, to sing, and the only ones who can listen to them are those that wake early with them, before the traffic of the city drowns out their song. Maybe Ruben is singing, too.