The debate about a tax on soft drinks is on the table. In another blog, I explained why the World Health Organization (WHO) recommended fiscal measures as an effective way to tackle the increasing number of people suffering from obesity and overweight in the world. Generally, taxes have been considered a cost-effective tool to mitigate negative market externalities by discouraging certain behaviors (i.e. consumption of alcohol or tobacco, the use of plastic bags, etc.) and encouraging other ones (i.e. healthy lifestyles, recycling, etc.) In response, the sugary drinks industry has argued that taxes on these beverages do not work, decrease the number of jobs available, force the closing of small business, and disproportionately affect low-income people.

Despite the industry’s efforts to undermine taxes on sodas and other beverages with a high sugar content, the current trend points at several countries in the Americas passing and implementing legislation of this kind. The first places to implement a tax in 2014, Mexico and Chile, were quickly followed by the city of Berkeley, the Navajo Nation, Dominica, and Barbados the following year. In 2017 alone, the cities of Oakland, Albany, Boulder, and Philadelphia passed their own tax and in 2018, similar legislation was implemented in San Francisco, Seattle and Peru.

The trend in the Americas mirrors a global trend across Europe, Africa, the Middle East, Asia and the Pacific. 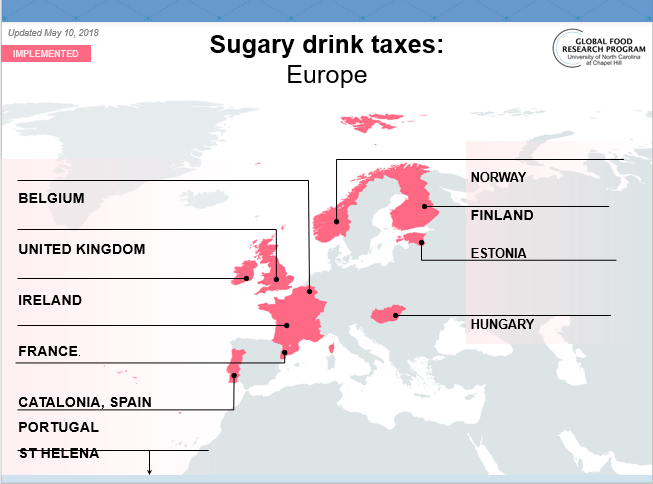 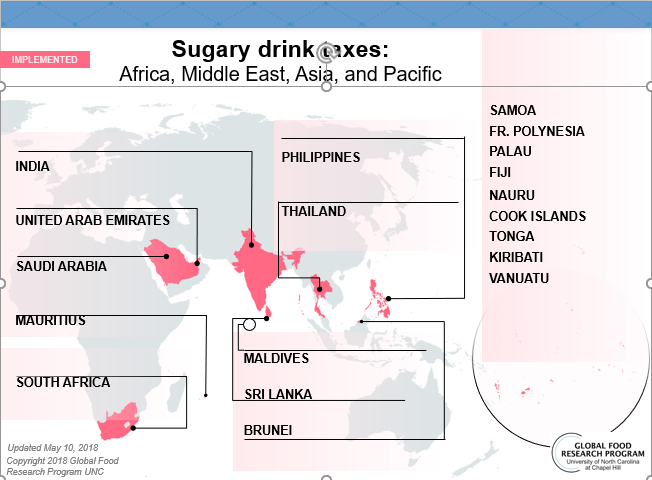 The increasing number of cities and countries implementing a tax on soft drinks is a strong enough reason to think seriously about this public health measure. But is this just a general trend that other Latin American countries should simply replicate or are there substantial reasons to justify it?

A study published by the British Medical Journal analyzed the short term change in purchases of soft drinks in stores one year after Mexico implemented a 1 peso per liter tax. The study found that the average volume of taxed beverages purchased monthly was 6 percent lower in 2014 compared with the expected purchases with no policy change. Moreover, the reductions accelerated, reaching a 12 percent decline by December 2014.

The reduction in the percentage of people buying these drinks shows that the tax is working. The question then, is which demographic group is actually buying less? What is the profile of the people reducing their consumption?

DO SOFT DRINKS BEVERAGES AFFECT THE LOW-INCOME PEOPLE THE MOST?

Lower income households are generally more sensitive to consumption taxes. The British Medical Journal study mentioned above showed that the reduction in purchases of taxed beverages was greater among low-income households: “The reduction was greatest among households of low socioeconomic status, averaging −9.1%, and reaching −17.4% by December 2014.”

The question then, is not whether low-income people are going to be affected, but rather whether this impact is necessary to protect their right to health. For this discussion, it is important to note that increasing overweight and obesity rates are not only a problem in high-income countries, but across the globe. The WHO has recognized that there is a ‘global obesity epidemic’. Moreover, in most industrialized countries but also middle-income countries, low-income households are the most vulnerable to overweight and obesity. In recent decades, Latin America has experienced a transformation in nutrition trends: the rates of overweight and obesity are increasing at a fast pace, while the levels of under-nutrition remain constant, hence a double burden on public health. If fiscal measures effectively tackle a public health problem where those most vulnerable suffer the consequences of the epidemic, why should not governments take action?

WHAT WOULD BE THE ECONOMIC IMPACT OF THE TAX?

If the previous reasons were not sufficiently convincing, another reason for many governments to implement such a tax is directly related to revenue. There is no existing estimate of the total treatment cost of non-communicable diseases (NCDs) –including cancer, cardiovascular disease, and diabetes– in the Americas since most of the available data is country specific. However, the Panamerican Health Organization (PAHO) has alerted that  “NCDs have been determined a major risk to economic loss by global business leaders and decision makers, placing them among other severe risks such as underinvestment in infrastructure, fiscal crises, and unemployment.” As a consequence, the PAHO has recommended states to implement cost-effective preventative policies including taxes on tobacco products, alcohol, and sugary drinks. In countries where the state in in charge of providing healthcare and the latter is publi ally funded, is a state duty to take measures that prevent a rise in NDCs and guarantee a better service to everyone. While raising money to make health systems sustainable should not be the main reason for a tax on sugary drinks (given that the central purpose of this policy is to incentive healthy live styles), revenue collection certainly adds a reason for those who doubt their usefulness.