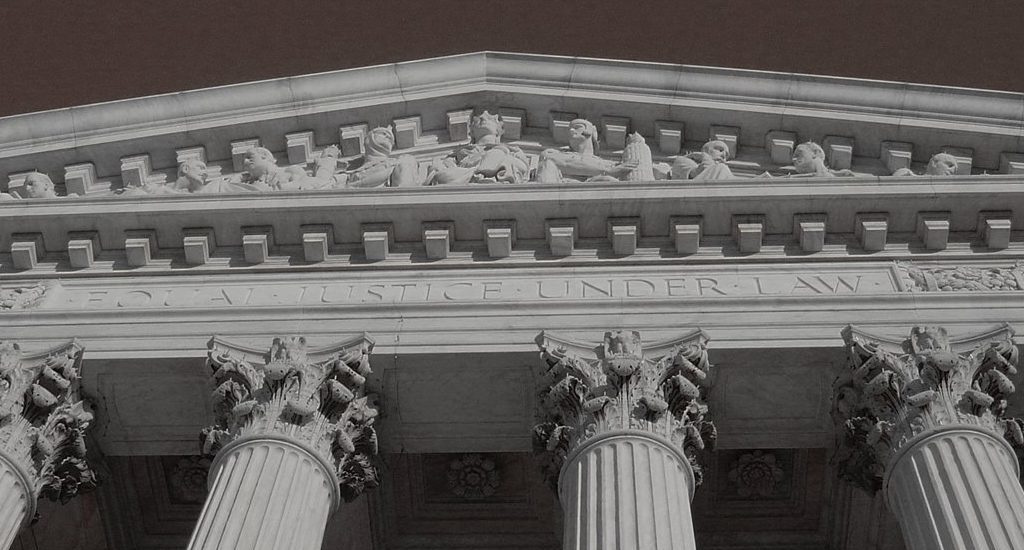 The United States Supreme Court’s decision in Jesner v. Arab Bank, PLC will determine whether or not the ATS may be used in cases against corporations, carrying implications for actors working on corporate liability issues across the globe.

The United States Supreme Court’s decision in Jesner v. Arab Bank, PLC will determine whether or not the ATS may be used in cases against corporations, carrying implications for actors working on corporate liability issues across the globe.

Just over a month ago, the U.S. Supreme Court determined it would hear an appeal in Jesner v. Arab Bank, PLC – the first Alien Tort Statute (ATS) international human rights case to be heard by the high court since Kiobel v. Royal Dutch Petroleum in 2013. The ATS, passed as part of the U.S. Judiciary Act in 1789, has been used over the past several decades to bring claims in U.S. federal courts for human rights violations committed in other countries, from Nigeria to Thailand to Peru. The Arab Bank case was filed by families and estates of victims killed in terrorist attacks in Israel, the West Bank, and the Gaza Strip, who argued that the bank had provided financial services to Palestinian militant organizations, which facilitated terrorist activities. The Court’s decision in this case will determine whether or not the ATS may be used in cases against corporations, carrying implications for actors working on corporate liability issues across the globe. There has been significant debate around how the position of the Trump administration may influence this decision, and the use of ATS for corporate liability moving forward. While the Obama administration had supported the use of the ATS against foreign corporations in Kiobel – though it argued it should not be applied to conduct occurring outside the U.S. – it is not clear where the new administration will fall on the matter. It is certain, however, that like Kiobel before it, the stakes of the Arab Bank case are high for plaintiffs, businesses, foreign countries, and U.S. foreign policy – issues which have all been matters of public debate throughout the course of the case.

That said, what is less often discussed in relation to Arab Bank – or any ATS case, really – are the implications that the Court’s decision might hold for property disputes. This lack of buzz is likely due to the fact that, on its face, Arab Bank is not a case about property at all. Neither, for that matter, are most of the other cases that plaintiffs have filed against corporations under the ATS. These cases generally involve allegations of corporate involvement in extrajudicial executions, torture, and arbitrary arrest and detention, not property claims. Nevertheless, many of these cases do fundamentally involve issues related to property, from disputes related to expropriation, theft, or displacement to those involving property damage due to pollution. In the case of Arab Bank, some activists hoped that a successful legal strategy against bank financing of Palestinian militant groups could open the door to suits against banks financing the expansion of Israeli settlements in the West Bank.

There are several reasons why property disputes are obscured in corporate ATS cases. The most obvious reason is that the Supreme Court’s 2004 opinion in Sosa v. Alvarez-Machain limited application of the ATS to claims to violations of international law norms that have no less “definite content and acceptance among civilized nations than the historical paradigms familiar when [the ATS] was enacted.” The “historical paradigms” to which the Court referred are offenses against ambassadors, violations of safe conducts, and piracy. Children play in Hebron. One of the most volatile places in the Westbank, Hebron is patrolled by IDF soldiers protecting the roughly 400 Israeli settlers living in the middle of the Palestinian old city. Photo by: Ronan Shenhav

In several subsequent cases, courts interpreted the standard laid out in Sosa to exclude property claims. Kiobel is an example of this. When the Kiobel plaintiffs first filed their complaint in 2002, it included allegations of destruction of private property, in addition to torture, extrajudicial execution, and arbitrary arrest and detention. When the district court considered a motion to dismiss by Royal Dutch Petroleum in the wake of Sosa, it found that property destruction did not violate the law of nations unless executed in the context of genocide or war crimes. This ruling was consistent with a general trend in ATS cases decided prior to Sosa in which courts had dismissed claims of destruction of property, trespass, and conversion on similar theories. This trend is interesting in light of the fact that the very first case to refer to the ATS – Bolchos v. Darrell, in 1795 – involved a successful claim regarding property in slaves.

In many other ATS cases, plaintiffs don’t plead property-related claims, even when the facts of the case are saturated with property disputes. Given the history of dismissal of claims related to property, this omission in many cases is likely strategic. Some cases in this vein involve situations in which plaintiffs allege corporate involvement in the extrajudicial execution or torture of people who protested the corporate appropriation of, or damage to, property (see, for example, Bowoto v. Chevron, in which plaintiffs filed claims for the extrajudicial execution of individuals who were protesting displacement from and destruction of property as well as environmental damage from oil company operations). Others involve plaintiffs who bring claims regarding extrajudicial executions which may have occurred in the context of expropriation of land or destruction of property. The ATS cases against Chiquita Brands, for example, were filed in the wake of a 2007 guilty plea by the company to financing a specially designated global terrorist organization, the United Self-Defense Forces of Colombia (AUC). The plaintiffs in several of the cases claimed to have lost family members to executions carried out by the AUC in the context of a period of paramilitary violence that also involved expropriation of land. The majority of the complaints filed against Chiquita, however, do not raise property claims. There are plenty of possible arguments about why property claims should or should not be actionable under the ATS. My point here is not to make an argument either way. But to fully appreciate the stakes of the Court’s upcoming decision in Arab Bank, as with Kiobel before it, it is important to understand the ways in which property disputes are explicitly or implicitly central to corporate ATS cases. In addition to the more obvious ripple effects the Arab Bank decision will have on foreign policy, corporate liability, human rights, and national security, it will also have important ripple effects regarding property. These effects will not be the result of Arab Bank either restricting or maintaining plaintiffs’ access to U.S. federal courts as a forum for bringing property claims against corporations under the ATS, since such claims are usually dismissed or are not stated in the first place. They will result from the fact that even when corporate ATS cases appear not to be about property disputes, they often are. This means that a shift in the availability of U.S. federal courts for plaintiffs’ non-property claims against corporations will affect if and how related property issues emerge, are handled out of court, and are or are not litigated in particular fora. Although the precise nature of these effects is as uncertain as the speculation regarding the Court’s upcoming decision, there is little room for doubt that the stakes are high – even where they might not be immediately apparent.

Meghan L. Morris is a Doctoral Candidate in the Department of Anthropology at the University of Chicago and an Affiliated Researcher at Dejusticia (the Center for Law, Justice and Society). An earlier version of this blog post appeared in February 2013 on PropertyProf Blog.