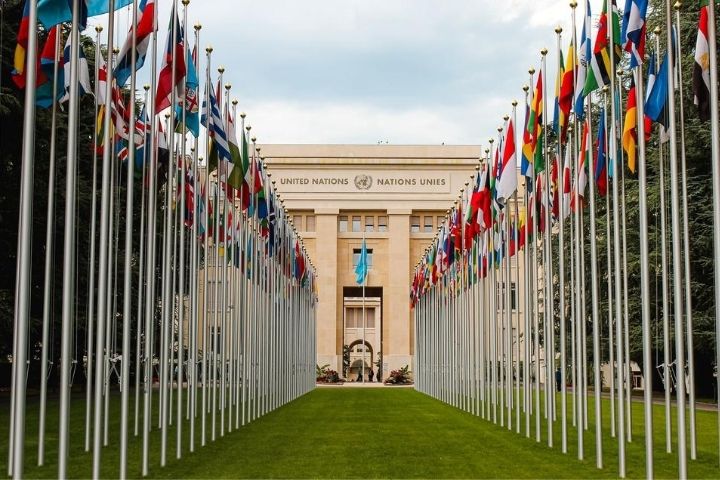 "If the Duque government truly wanted to strengthen the human rights committees, it would support measures for States (which are those who nominate and select the committee members, but who are in turn monitored by them) to establish merit-based procedures which are public and transparent". | Mat Reding for Unsplash

Above all of this disorder, something remains constant: the Duque government’s decided interest to weaken international supervision of human rights not only in the Interamerican system, but also in the United Nations.

Above all of this disorder, something remains constant: the Duque government’s decided interest to weaken international supervision of human rights not only in the Interamerican system, but also in the United Nations.

The Duque government’s public policies are like a quilt pieced together with rags. They are policies without clear goals, without a strategic vision, and which the government manages with a lack of professionalism. An abundance of embarrassing incidents have occurred, from the accusations of diplomats abusing and mistreating citizens to the well known conversation between the Ambassador Francisco Santos and the Foreign Minister Blum on the Trump administration and other sensitive issues. These incidents even extend as far as Duque’s embarrassing presentation before the United Nations of a report regarding the links between armed groups and the Venezuelan government which included misleading photos.

Above all of this disorder, something remains constant: the Duque government’s decided interest to weaken international supervision of human rights not only in the Interamerican system, but also in the United Nations. To name but a few examples:

– The Duque government’s efforts to politicize the Interamerican Commission of Human Rights (IACHR) through the candidacy of Everth Bustamante, whom a group of independent experts deemed did not fulfill the condition of “independence and impartiality” which is necessary to be a part of the Commission. The Bustamante candidacy ultimately provoked a diplomatic rupture: the Colombian candidate was defeated on home turf in the OAS General Assembly which the Colombian government itself organized in Medellin.

– Recently, the Director of the National Agency of Legal Defense of the State demonstrated the new government’s interest in promoting a reform to the cases dealt by the IACHR. This occurred not too long ago: the reform included supposed “strengthening” proposals that mask attempts to weaken international supervision.

– With regard to the United Nations, the Duque government has prevented UN independent experts from visiting Colombia and meeting with victims to undertake investigations and reports. The former Special Rapporteur on the situation of human rights, Michel Forst, reported at the time that the now Prosecutor Barbosa did not reiterate an official invitation to make a follow-up visit to the country. The news outlet, Semana, reported that other experts had also confronted limitations regarding their visits to the country.

– What’s more, for months there were delays in the renewal of the UN office of human rights in Colombia. The government resisted renewing the mandate unless the office promised to meet its demands which included a prohibition regarding the use of the term “armed conflict” in its reports (which the Duque government requested be replaced with the phrase, “complex situation”), and that the UN office of human rights obtain the consent of the government before naming its director.

The Duque government has directed its newest attack on human rights institutions against the UN’s Human Rights Committee (also known as the UN human rights treaty body). Specifically, the Colombian government wanted the members of this committee, who are independent experts, to be limited in their actions and announcements through the implementation of a “code of conduct.” That is to say, a manual in which the States establish  restrictions regarding what the members of the committees can and cannot pronounce.

The government knows that this proposal seems reasonable. All together, the Human Rights Committees consist of more than 170 members, and because of this, proposing new uniform regulations of conduct that prevent conflicts of interest and abuse of responsibilities appears to be a basic question of transparency and governance.

However, the Duque government’s proposal is dangerous, given that if it were adopted, it would directly affect the independence of these bodies, which to function properly, must have the autonomy to act without State interference. For example, if approved:

– The proposal would limit the competency of these committees to adopt their own rules of procedure. These independent bodies bring cases in which the States are parties, and because of this, States should not be able to impose regulations upon these bodies. As an analogy, it would be as if the Colombian government wanted to impose rules on its own Constitutional Court.

– These rules would give States the opportunity, in practice, to affect the independence of various committee members through intimidation, potentially coercing them into deferring to States and their politics.

– These rules would create norms that go beyond those included in the treaties which created these committees and conferred upon them the competence which they currently possess.

The Duque government’s proposal, therefore, aims to create a mechanism through which States can control bodies which should be independent. These bodies should also maintain the capacity to make decisions according to their own expert analysis and in response to the facts of a case or situation, regardless of what is in the best interest of the government in question. That is the essence of a supervision mechanism.

As expected, the Duque government was not the creator of such a sophisticated trick. Rather, it simply adopted a proposal that had already been rejected, and that at the time was promoted by a group of States that wanted to weaken the UN human rights committees. This group was led by, none other than, Russia and China. Egypt also supported the proposal (in the name of African countries), and Iran and Cuba also fervently backed it. A great combination!

Mechanisms already exist which prevent committee members from having conflicts of interest and potentially abusing their power and which also do not invade upon the body’s competency. One of these mechanisms is the “Guidelines on the independence and impartiality of members of the human rights treaty bodies,” also known as the “Addis Ababa Guidelines,” adopted in 2012. These guidelines complement the rules of procedure of each of the committees.

If the Duque government truly wanted to strengthen the human rights committees, it would support measures for States (which are those who nominate and select the committee members, but who are in turn monitored by them) to establish merit-based procedures which are public and transparent. These true strengthening measures would assure that candidates have the knowledge and the ethical qualities which  experts should strive to possess, and that States in turn would abstain from voting for candidates  who do not meet these high standards.

States should abstain from tactics like those Colombia used through its most recent candidacy to the Interamerican Commission, and instead of monitoring the conduct of those who are already members of these bodies, States should repeat what Colombia’s regional neighbors did upon seeing Everth Bustamante’s resume (voting for more qualified and impartial candidates). Doing otherwise is to abuse state power through undermine institutions that are fundamental to preventing the further weakening of human rights and democracies from within.

* Director of the International Area, Dejusticia.

** Director of the University of Virginia Human Rights Clinic

How is the implementation of the Agreement on Victims going?

The selection of the Justice of Peace

The Amnesty Law: a First Step

The reduction of violence in the year that ends