Given the stereotype of Colombia as a traditional, machista country, it was refreshing for me to see how the country used an effective separation of Church and State to be a leader in protecting the rights of women and LGBTI people. However, the growth of conservative morality and religious based movements and the tactics they are using to oppose such rights is uncomfortably similar to those I have witnessed in the United States.

Given the stereotype of Colombia as a traditional, machista country, it was refreshing for me to see how the country used an effective separation of Church and State to be a leader in protecting the rights of women and LGBTI people. However, the growth of conservative morality and religious based movements and the tactics they are using to oppose such rights is uncomfortably similar to those I have witnessed in the United States.

As a feminist raised in the United States, my political formation was informed by constant, exhausting battles with the religious right regarding women’s and LGBTI rights. Thus, when I moved to Colombia five years ago, it was refreshing to witness a more effective separation of Church and State in the political sphere. Alarmingly, this separation seems to be disintegrating, as fundamentalist Christian churches and politicians grow in number and power, which has already begun to negatively impact women’s and LGBTI people’s rights. 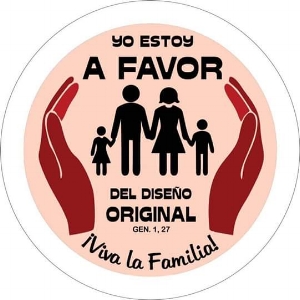 For decades, in conservative areas of the US, fundamentalist Christian groups and churches have been highly organized and exercise significant political clout. The religious right is politically savvy, and effective at using fear tactics to frame women’s and LGBTI people’s rights as attacks on “religious freedom” and “family values.” Thus, every small advance in women’s and LGBTI rights is met with swift and severe pushback from the religious right, and, at least to me, it seemed that for every step forward progressives made, the religious right would force us to take two steps back. It was not until very recently that it became acceptable for politicians to openly support marriage equality, legislation to prohibit discrimination based on sexual orientation or gender identity, or women’s reproductive rights.

Given this background, when I arrived in Colombia five years ago, I was pleasantly surprised to see that while individuals may disapprove of progressive victories based on their religious beliefs, this did not seem to result in a powerful, organized, broad-based political resistance. The Catholic Church has historically exercised an important role in Colombian politics, but that role was diminished after the adoption of the 1991 Constitution, which separated Church and State. Thus, while in the US, influence from the religious right led to numerous state-level initiatives to prohibit same sex marriage, the Colombian Congress was mostly silent when the Constitutional Court implemented marriage equality. While in the US Planned Parenthood faced relentless attacks by a Republican-controlled legislature, the most well-known private abortion providers in Colombia operated in peace. 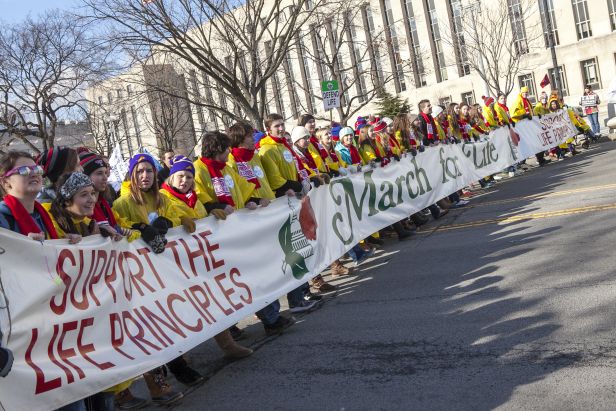 It is therefore alarming that this period of relatively politically apathetic religious groups seems to be ending. Advances in the protection of women’s reproductive rights and LGBTI rights, the result of determined civil society actors and a progressive Constitutional Court, have moved ahead of large swaths of Colombian society, in particular conservative catholic and fundamental Christian sectors. But now, perhaps the Court has simply moved too far too fast for these sectors, they have had time to regroup, or Christian churches with charismatic pastors and large congregations are growing in political aspirations and clout. Whatever the reason, religiously motivated voters and political actors are growing as a force to be reckoned with in Colombian politics.

This development should be concerning to human rights defenders. Three recent examples of the impacts of Christian and conservative catholic push back against women’s and LGBTI rights are illustrative of the potential of this growing political movement to set back hard fought advances.

First, ten years ago, the Constitutional Court decriminalized abortion in certain circumstances. Since then, private abortion providers have operated in relative peace. However, starting in 2015, religiously based protests started popping up at the more well-known clinics around the country. These protests are led by an international organization, “40 Days for Life,” whose ultimate goal is to end all access to abortion, threaten to restrict women’s already tenuous access to exercise their reproductive rights. 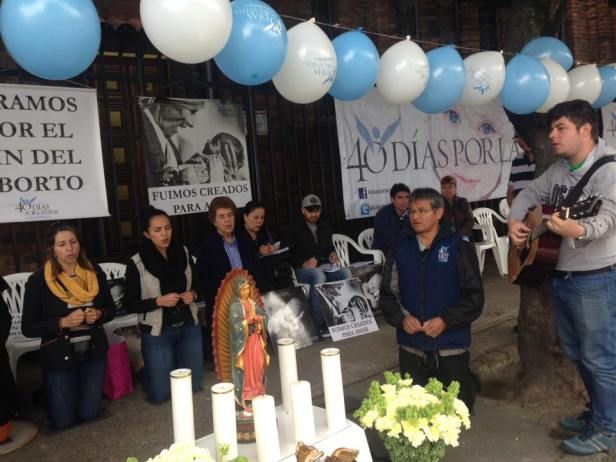 Participants in the international campaign “40 Days for Life” protest outside a clinic that provides abortions in Bogotá, Colombia.

Second, in the past two years the Constitutional Court approved both same sex marriage, and the right of same sex couples to adopt children. In response, conservative senator Viviane Morales organized for months to collect signatures and convince a Senate Commission to approve a project to put to the right of anyone other than heterosexual, married couples, to adopt children to a national vote. Her slogan was to protect children and “traditional family” values.

Third, in 2015, the Constitutional Court of Colombia ordered the government to ensure that school codes of conduct required respect for diverse sexual orientations and gender identities. This was one positive outcome of a heartbreaking tragedy in which a gay high school student committed suicide after being bullied by his classmates. To comply with this order, the Ministry of Education, in collaboration with the United Nations, drafted language to prevent discrimination against LGBTI students and recognize transgender students. As a result, a conservative member of parliament, Ángela Hérnandez, organized marches throughout the country to protest these codes of conducts, and “protect children.” My initial reaction to the news of these marches was to roll my eyes. But then I saw photos of thousands and thousands of people marching in cities across the country. In the end, the scandal was such that the President was forced to publicly address the issue, and change the codes of conduct. Additionally, this scandal prompted the eventual resignation of the Minister of Education from her post. 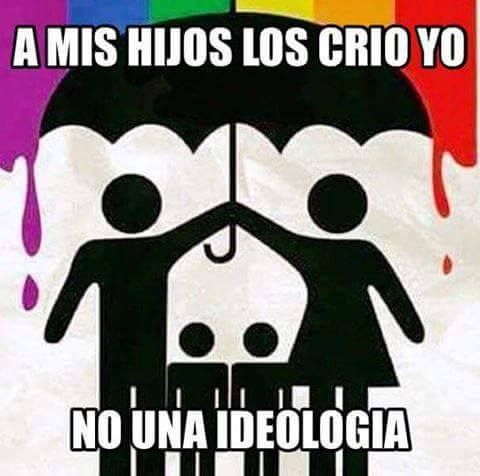 In organizing this march, conservative catholic and fundamentalist Christian churches forged a coalition, forming the National Movement for the Family (Movimiento Nacional por la Familia, MNF). The MNF describes itself as “parents and citizens willing to fight for God’s original design for the family and moral bases upon which our society was built, which the Constitution defends. The National Movement for the Family is not political or religious, but rather a civil initiative that defends the most important institution of society: the family.”

Despite its claims to be politically neutral, the MNF has played an important role in rallying Christians and Catholics around issues of “gender ideology” and “family values” in important political issues. Pastors and politicians related to the Movement even urged their members to vote against the long-awaited Peace Agreements signed between the government and the FARC rebel group this October, claiming that these agreements involved “gender ideology” and the imposition of “LGBT beliefs.” Additionally, formerly little-known politicians associated with the Movement are growing in power.

The MNF is only the most recent manifestation of cozy relationships between religious figures and politicians: the former Attorney General, Alejandro Ordóñez, is a conservative catholic, and had strong ties to other Christian churches. Additionally, in recent elections, congressional and even presidential candidates have visited some of the most important mega-churches (of which, several pastors have founded their own political parties) on the campaign trail.

Given the stereotype of Colombia as a traditional, machista country, it was refreshing for me to see how the country used an effective separation of Church and State to be a leader in protecting the rights of women and LGBTI people. However, the growth of conservative morality and religious based movements and the tactics they are using to oppose such rights is uncomfortably similar to those I have witnessed in the United States. Fortunately, human rights activists, in particular women’s and LGBTI rights organizations are taking this growing threat seriously: drawing attention to the negative impacts religious attacks on marginalized peoples’ rights can have.

The Rapists with Diplomatic Immunity and the Victims without Justice

Why Do So Many Latin American Women Still Have Unsafe Abortions?

The False Beliefs about False Accusations

What Happens when US Christian Fundamentalists Shape Public Policy in the Global South?

Is There Upwards Social Mobility in Colombia?

Organizations Request Commitment to the Elimination of Gendered Violence in Habana

The Culture of Compliments and Street Harassment