The “Lock Him Up” Paradox 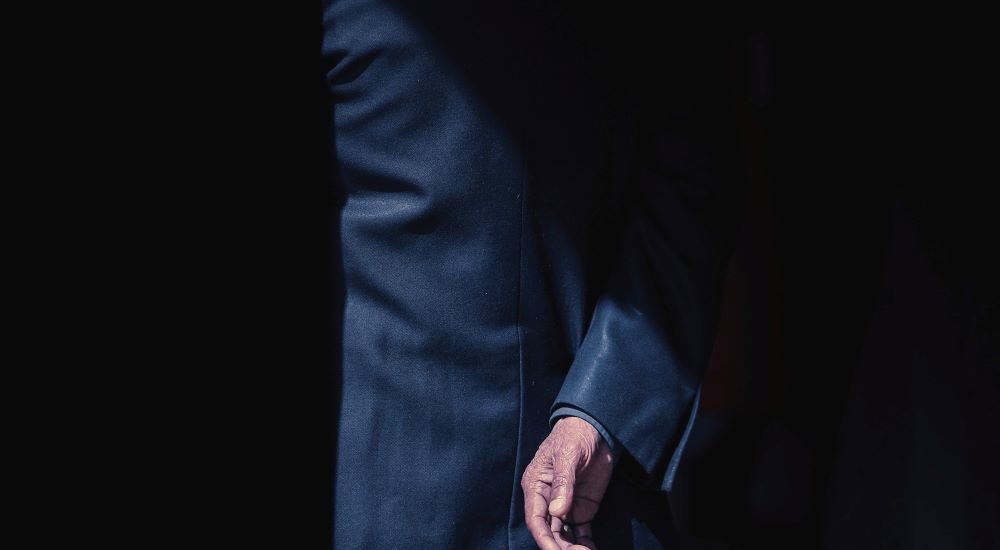 What if we treated criminal prosecution and sentencing as a question of how to rebuild society?

What if we treated criminal prosecution and sentencing as a question of how to rebuild society?

In the beginning of March, Donald Trump’s former campaign chairman, Paul Manafort, received a 47 month prison sentence. Convicted on charges of tax evasion and bank fraud, Manafort had faced up to 24 years behind bars. Progressive commentators were incensed. Left-wing U.S. Congresswoman Alexandria Ocasio-Cortez tweeted that justice “isn’t blind. It’s bought.” Scott Hechinger, of the Brooklyn Defender Services in New York, critiqued the sentence by comparing it to a client who had received 36-72 months simply for stealing $100 in coins from a laundry room.

These complaints are, first and foremost, about inequality. They critique the fact that Manafort – a rich white man with multiple homes and an opulent lifestyle (yes, the man owned an ostrich jacket) – received a fraction of the sentence that black and brown defendants receive every day for far lesser crimes. The complaints also implied, however, that Manafort should have been sentenced more harshly. He should have been treated like these other defendants. He should have spent the rest of his life in prison.

This critique echoes arguments from progressive U.S. commentators in response to short sentences or failures to indict people in power, and their corresponding celebration of long sentences for such people. Black Lives Matter activists have protested judges’ decisions not to charge police officers who killed people of color, circulating petitions to prosecute the police. People advocating for the rights of victims of sexual offenses, particularly in the context of the #MeToo movement, have actively pursued and celebrated long sentences for perpetrators. Stanford Law professor Michele Dauber circulated a petition – which eventually reached nearly 100,000 signatures – to recall a judge for giving a six month sentence to a perpetrator of campus sexual assault, rather than more jail time. Victims’ advocates celebrated the long sentence of former U.S.A. Gymnastics physician Larry Nassar, who received 40-175 years in Michigan state prison for criminal sexual abuse, as well as 60 years for federal child pornography. The judge in the case, at the sentencing hearing, proudly announced that “I just signed your death warrant.” At the conclusion of the hearing, the audience broke into applause.

These collective responses present a political paradox. On the one hand, movements like Black Lives Matter, #MeToo, and the resistance to the corruption of the Trump presidency represent important challenges to power and inequality. In doing so, they ask for the rules of the game to apply equally to people in power. On the other hand, these same progressives have long contended that the criminal justice system is broken. Public defenders like Scott Hechinger have argued against the many causes of mass incarceration in the U.S., including unnecessarily long sentences and mandatory minimum sentences for crimes. The idea behind these arguments is that the rules of the game are not only unfairly applied, they are also fundamentally misguided. While advocates at places like the A.C.L.U. present more nuanced approaches, suggesting that leniency like that in Manafort’s case should be applied to everyone, the paradox is surprisingly common.

Every time I read yet another progressive celebration of a long sentence, I think of how the question of prison time is treated in the many difficult conversations around transitional justice regimes in the Global South. In countries from Colombia to South Africa to Cambodia, citizens have debated what to do with powerful people who have committed not just bank fraud, but repeated acts of incredible violence. The debate revolves not only around the length of prison sentences, but whether these people should be sentenced at all. The possibility of amnesty is frequently on the table, even for people who have committed war crimes.

Transitional justice regimes in different places represent a spectrum of approaches to this issue. Countries such as Argentina and Chile opted for continuing prosecution of people who committed abuses under their respective military dictatorships, often with lengthy sentences. South Africa represents the opposite extreme, providing for the possibility of amnesty for perpetrators of violence during the apartheid era. Countries such as Northern Ireland and Colombia have followed a middle path, considering reduced prison sentences for perpetrators of violence during their respective conflicts.

In each of these situations, the question of criminal prosecution and sentencing has not been a given. Instead, it is a central matter for debate. This is because the overarching goal of transitional justice mechanisms is to successfully rebuild society after massive, devastating conflicts and abuses. This might mean, as in Argentina and Chile, restoring confidence in state institutions and in the rule of law in the wake of military dictatorships. Or it might mean, as in South Africa, reconciliation after decades of institutionalized racism. The question of what, precisely, to do with perpetrators is perhaps the most critical question in efforts to achieve justice in the context of transition.

It seems to me that there are many lessons to be drawn from these transitional justice debates for processes of determining better forms of everyday justice, such as the efforts to hold accountable people in power in the U.S. What if we did not take it for granted in these efforts that more prison time equals more justice? What if, as in contexts of transitional justice, we rendered the appropriate, delicate balance between victims’ rights and perpetrators’ eventual place in society the central matter of political debate? What if, in short, we treated criminal prosecution and sentencing as a question of how to rebuild society?

If we actually did this, it would force us to confront the really hard questions. Questions like the one Katie J. M. Baker posed in relation to powerful men taken down by the #MeToo movement: “What do we do with these men?” Questions of reckoning with violence, as Michelle Alexander discusses in her call to confront mass incarceration through restorative justice as an alternative to incarceration not just for nonviolent drug offenses, but for violent crimes.

These questions reach into the heart of the very problems that have broken so many societies into pieces: inequality, racism, patriarchy, violence. We might do well to learn from how those societies have attempted to rebuild. While these attempts are often imperfect, they by definition do not take the nature and form of justice for granted.

*Meghan L. Morris is the ABF/NSF Postdoctoral Fellow in Law and Inequality at the American Bar Foundation and an Affiliated Researcher at Dejusticia (the Center for Law, Justice and Society).