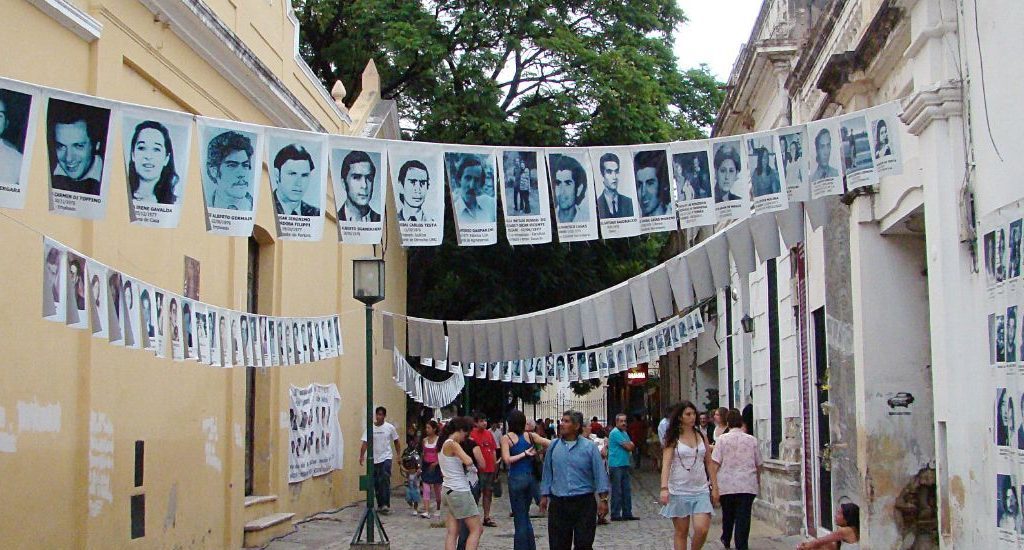 Today enforced disappearances continue to be used as a political weapon, not only in dictatorships like Venezuela, but in democracies, countries undergoing internal conflict, and political transitions.

Today enforced disappearances continue to be used as a political weapon, not only in dictatorships like Venezuela, but in democracies, countries undergoing internal conflict, and political transitions.

Around a hundred civilian-dressed members of the Venezuelan Intelligence, the National Guard, the police, and armed civilian groups barge into the building, firing at the door. A helicopter flies to ensure success of the commando operation from above. The target and the three people with him rush to the back door to escape the operatives. They successfully evade their would-be captors, except one. Within seconds, the armed men swarm the unlucky one and arrest him, and later allegedly take him to one of the most notorious political prisons in the capital of Caracas—an imposing pyramidal structure that used to be an icon of this country’s economic success.

This story could very well be that of criminal fugitives being hunted down by the law. But it isn’t.

The target was the mayor of a town called Campo Elías in the state of Mérida, Omar Lares, and the three people with him were his wife and two sons. The building that the operatives fired at was not some abandoned hideout for criminals. It was their home. His supposed crime? Being in the political opposition. And the one they took, Juan Pedro Lares, was one of his sons. Failing to capture his father, they took him anyway to serve as a political pawn to force Mayor Lares to turn himself in before a government now widely considered as a dictatorship. 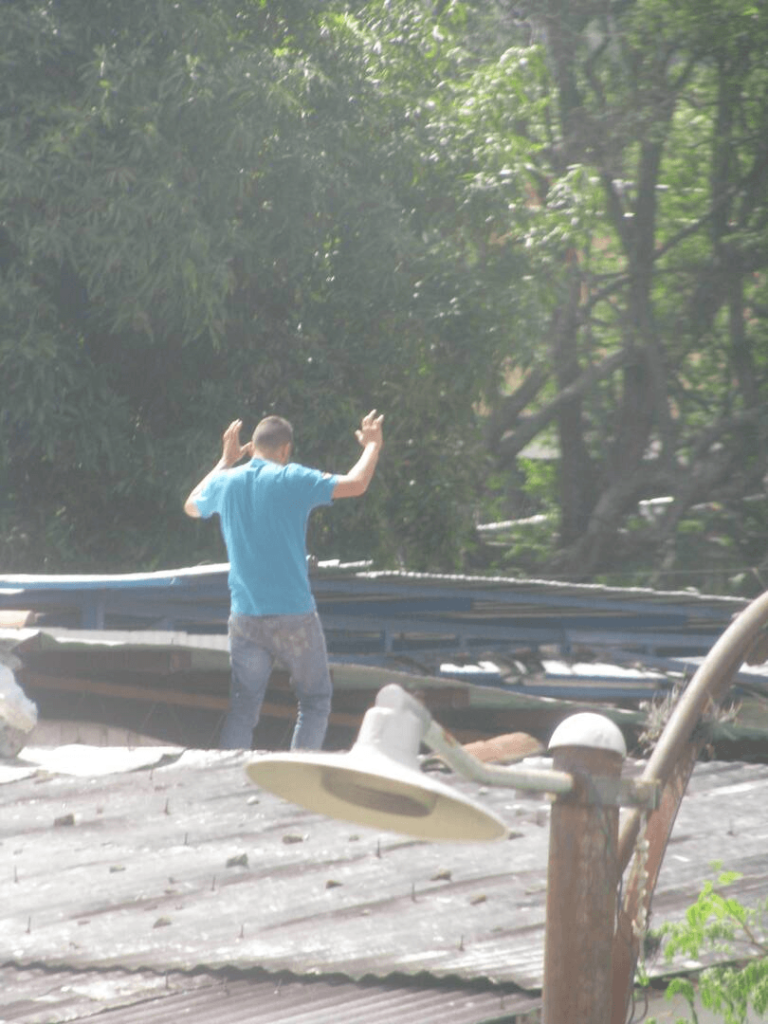 A photo taken of the actual capture of Juan Pedro Lares in his family’s home. 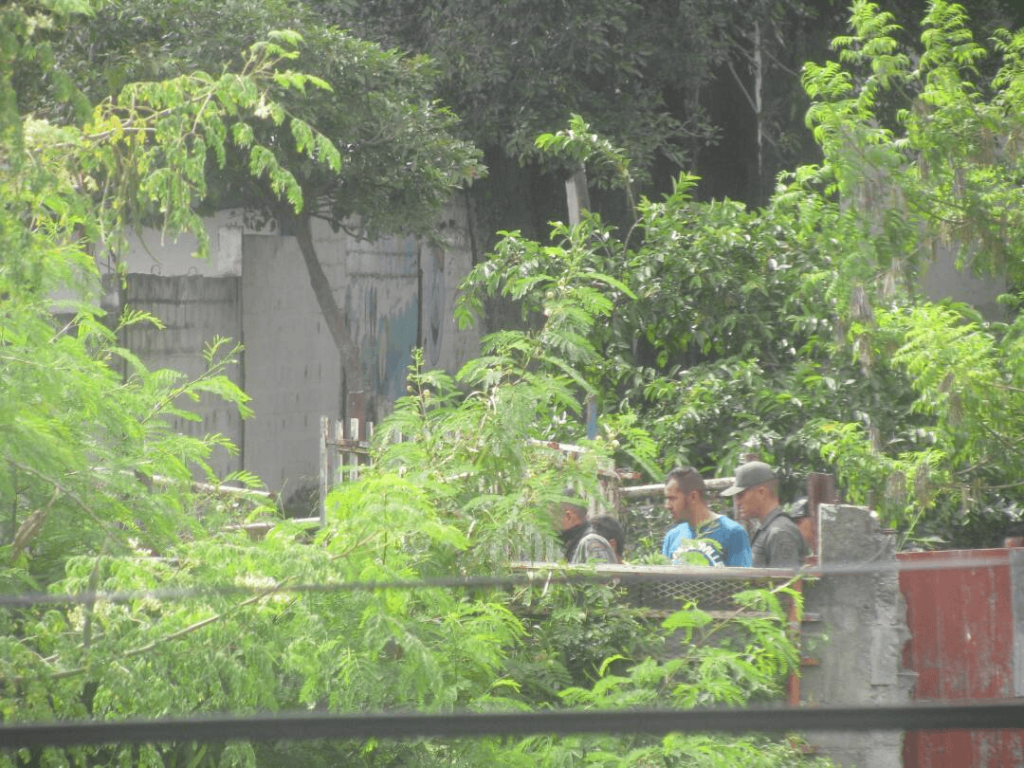 Since then, his mother, Ramona Colmenares Lares, had travelled to every place she would hear rumors of him being in, including the pyramidal prison of El Helicoide in Caracas. Ramona, shuddering from an indescribable cloud of fear at each government denial of his whereabouts, had knocked at every door she could to find her son—at the Colombian Foreign Ministry (she and her son have Colombian nationality), human rights NGOs, government offices, and the media. Juan Pedro was only 23, and his only crime was to be his father’s son. 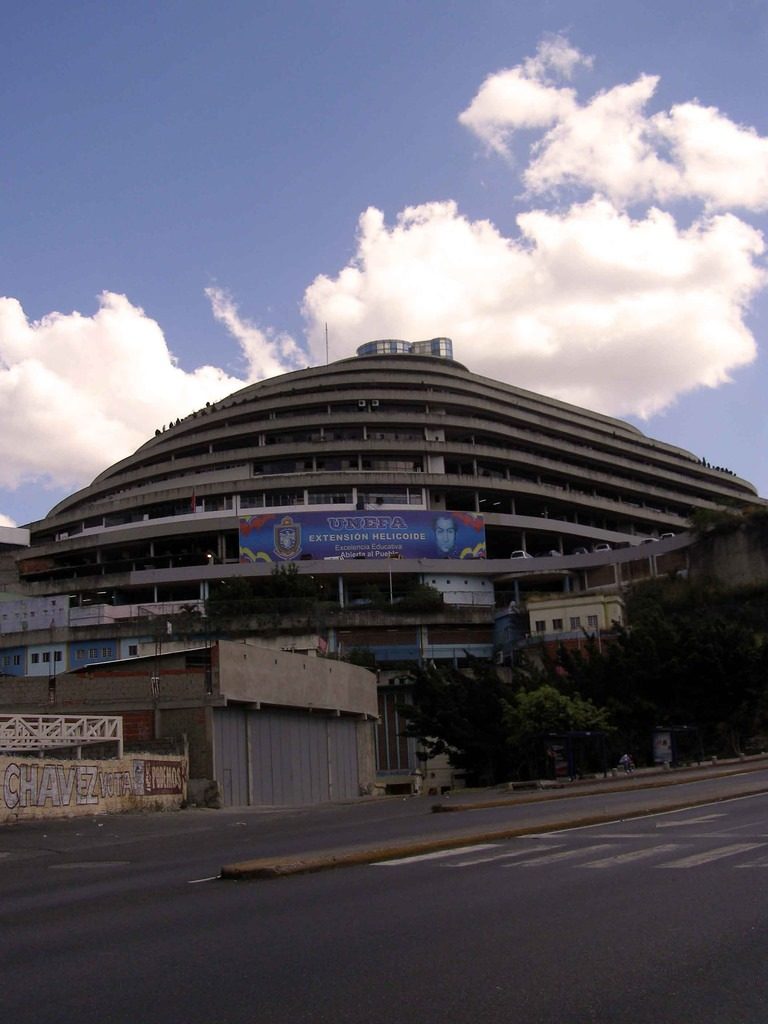 A few days ago, 14 days after his capture, Juan Pedro Was finally located—a feat rarely achieved in such cases in Venezuela, only made possible by the hard work and diplomatic back channeling by the Colombian Foreign Ministry.

When we at Dejusticia received the plea for support on the case by our partner, Provea, one of the most respected human rights NGOs in Venezuela, specifically to reach out to the Colombian Foreign Ministry, a familiar dread and old refrain of painful stories came back to me.

When I was still working in the Philippines, I had a very specific issue to deal with—extrajudicial killings and enforced disappearances. That was all I did during those years. I worked in communities that had the highest number of extrajudicial killings and disappearances—from mountain provinces where the communist insurgency was still raging, to seemingly peaceful island oases where the fear of never being heard of again was a constant reality. But the one that had left me transformed during those years was when I traveled for several months with two women—Edita Burgos, the mother of the disappeared activist, Jonas Burgos, and Mary Aileen Bacalso, the head of the Asian Federation Against Involuntary Disappearances whose husband was once taken from her—giving talks around the Philippines about the terror of these crimes. Aileen has become one of the iconic fighters of the cause, uniting with mothers from Argentina and other parts of Latin America whose family were disappeared at the hands of the dictators of the 60s to the 80s in that region, as well families from other parts of the world.

We would stand before packed auditoriums of students, teachers, local leaders, military officers and police officials, most of them wondering what we were there talking about. The Philippines underwent a brutal dictatorship between 1972 and 1981 under Ferdinand Marcos, when hundreds of people were disappeared and murdered. Since Marcos’ ouster through a bloodless revolt, Filipinos had somehow assumed that those crimes had stopped. But in fact, the numbers were even higher today now that the country had been a vibrant democracy for decades.

Mrs. B, as we would fondly call Edita Burgos, would repeat the same painful story of how they abducted her son in full daylight in a shopping mall, how his daughter would keep asking every Christmas where her daddy was, and how, as a widow, Mrs. B had turned from a housewife to a crusader, going up to military generals to demand the truth about her son, marching in protests in the streets of Manila, and speaking before parliamentarians in Europe and the UN, pleading for them to find her son. I thought, pain and loss can turn anyone into a fighter.

I wept each time I listened to her speak. I had come to memorize the story, but each time, the pain would sink into my soul deeper, taking a part of me away with it. And I thought, I am not even his mother.

Mrs. B spoke with a low, unassuming voice, exuding the calm of a woman whose scars were deeper than any wound could inflict. Today, 10 years later, with a grown-up grandchild and hundreds of talks and international appeals later, Jonas is still nowhere to be found. Mrs. B would say that she just wants to know where her son is, so she can bury him properly. But even that painful request—to bury her own son—she could not have.

Today, around the world, enforced disappearances continue to be used as a political weapon, not only in dictatorships like Venezuela, but even in democracies, in countries undergoing internal conflict, and in those transitioning from autocratic regimes or occupation. The UN Working Group on Enforced Disappearances reported around 43,000 cases from 88 countries in 2014, and even then, many cases go unreported. Many mothers like Mrs. B continue their search. Living through life not knowing if your loved one is still alive, perhaps being kept somewhere being tortured, for the sheer crime of having an independent mind or being your father’s son, is perhaps one of the most excruciating kinds of pain one could live through.

That is what makes enforced disappearances effective tools of political power in any country, because they not only ruin families and leave them in a suspended state of longing, but it terrorizes an entire society who is put on notice that should you even dare to think differently or be related to someone who does, you can be taken, in the dark of the night, to vanish into a void no one else can reach.

At the time of this writing, Juan Pedro may have been finally located, but he remains locked up in jail for a crime the government cannot seem to pinpoint. His mother may know where he is, but given how people can be locked up for years in Venezuela for no reason at all, her struggle for answers may have only started.

I believe Jonas is alive. It’s difficult, because if he were alive then he would be in a place where he is not free, and he would be undergoing unthinkable horrors. Torture. Just being placed inside a cell, and not being able to go out to go to your family is torture enough, but going through physical torture is terrible. But my son Jonas was always so determined. He was persistent. So if he is alive, and he knows that we are all looking for him, he would have the strength to go on.

I think that he is not only his father’s son; he is also his mother’s son, who has my same faith.