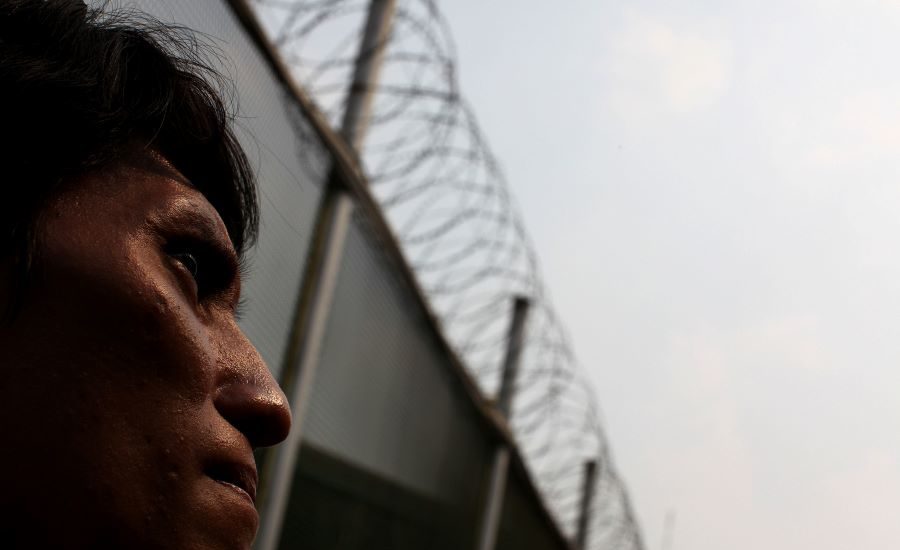 Continuing to strengthen the idea that people who grow, traffic, and use drugs are citizens and human beings like everyone else is the first substantial step in restoring rights to populations who have suffered the harm of prohibition.

Continuing to strengthen the idea that people who grow, traffic, and use drugs are citizens and human beings like everyone else is the first substantial step in restoring rights to populations who have suffered the harm of prohibition.

Global drug policy, born out of the 1961 Single Convention on Narcotic Drugs, has been plagued by the harmful “Vienna Consensus.” This bureaucratic apparatus that governs the application of global drug laws from this city is limited by inertia, and resists recognizing the urgent need to replace substance prohibition with more intelligent and efficient policies. However, this consensus, thankfully, is showing signs of rupture.

The 52 countries that are part of the Commission on Narcotic Drugs (CND)—the organ that governs drug treaties—and hundreds of civil society actors gathered once more in Vienna on March 14th and 15th for the Ministerial segment of the 62nd session. In 2019, the the action plan with the objective of achieving a “world free of drugs” turned 10 years old. From the start of this program to the present, the world has not only failed spectacularly, as demonstrated by a shadow report presented by the International Drug Policy Consortium, but has furthermore caused substantial damage in its effort to achieve an unrealistic goal.

It doesn’t help that these negotiations are always held in Vienna. Unlike other multilateral negotiation spaces of the United Nations, such as climate change or the trafficking of endangered species, whose Conference of the Parties changes location every meeting and includes all of the States who have signed the treaty, the substance control regime meets every year in the same city, with only the countries from the CND. This factor limits the participation of many countries, both because it is impossible for them to be in Vienna, and because of the disarticulation with other spaces that are fundamental parts of other debates on human rights and sustainable development, such as Geneva and New York. 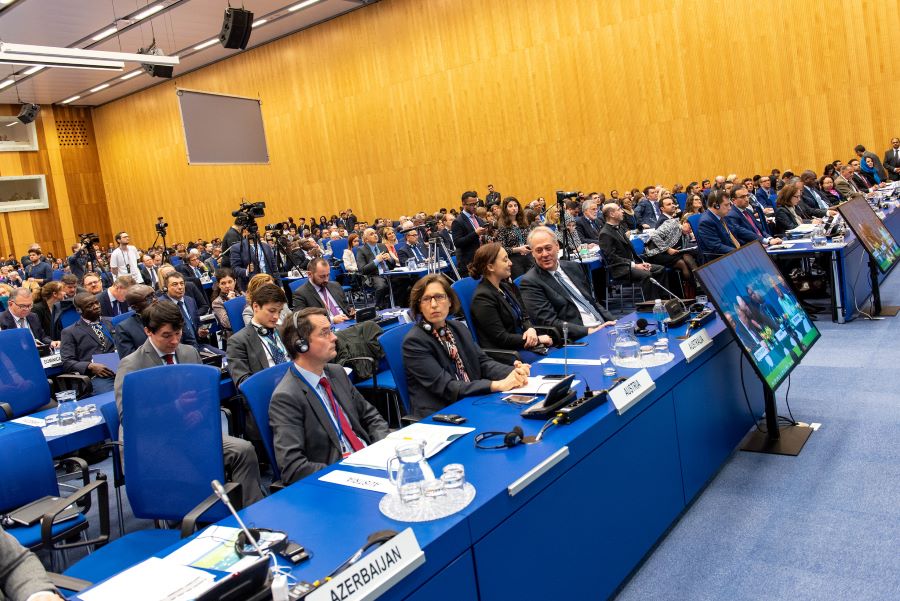 The indications of a breaking of the consensus were evident in the plenary session. There was not, as there was 10 years ago, basic agreement among countries on drugs or on the best ways to deal with them. This in itself represents progress: while in 2009, every country agreed upon working towards a “world free of drugs”, various states today have learned that this is an absurd, insensitive, and above all harmful goal. The human species, for as long as we have existed, has sought ways to alter states of consciousness through psychoactive substances; prohibiting them brings nothing but harm and corruption. This split finally revealed the wide range of possibilities within drug policy, which had before been hidden by the facade of unanimous agreement. Such a shift opens a Pandora’s box of the good, the bad, and the ugly in the relationship between states and illicit substances.

On one hand, there are conservative countries that are standard-bearers for the war on drugs, including in their arsenal the death penalty, militias dedicated to pursuing people who use and sell drugs, extrajudicial killings, forced internment in rehabilitation centers, and the prohibition of harm reduction programs for people who use drugs. The most extreme case is that of the Philippines, where nearly 27,000 people have been murdered in extrajudicial killings, as reported in the IDPC shadow report on Asia.

In the plenary session, the voices of conservative countries—Russia, Pakistan, Singapore, among others—spoke of a god-fearing society that should, in turn, fear drugs in the name of protecting children. However, there were also rational voices, like Canada, Mexico, and Australia, who reminded the Commission that it is the responsibility of States to guarantee the right to health and well-being for the population. Representing New Zealand’s civil society, the following was said in the session: “In our country, like in many other countries, there are poor people, young people, indigenous communities, and LGBTQI communities who are burdened most by [the problematic use of drugs]. They are, all of them New Zealanders.” The delegate highlighted what is obvious, but at the same time complicated: in the name of prohibiting substances, the fundamentals of citizenship have been denied, including the right to the health of people who use drugs, the right to the development of people who grow illegal plants, and the right to due process for people who traffic substances, among many other abuses, as documented by the Office of the High Commissioner on Human Rights in 2015. It seems easy for societies around the world to forget that the people who use drugs, or who grow or traffic them, are also citizens. 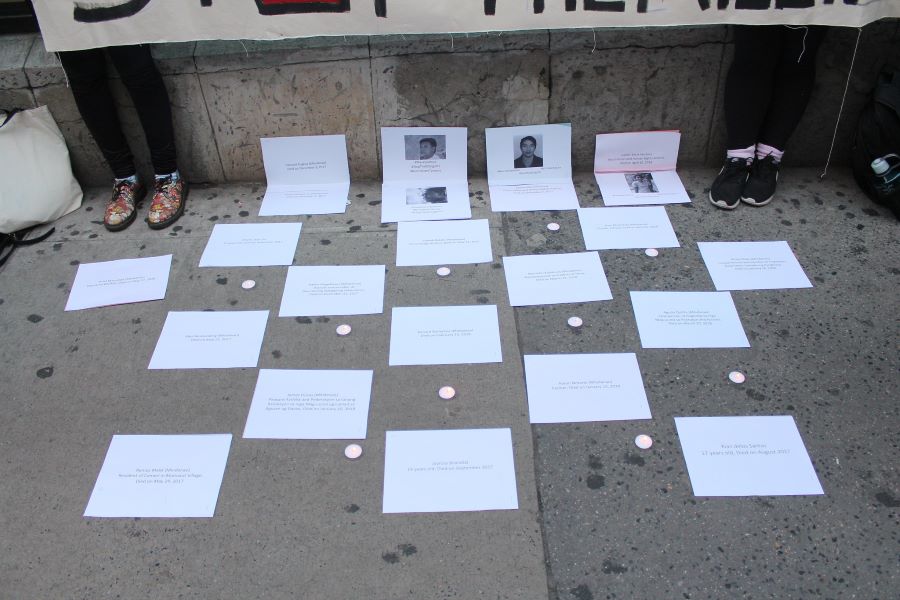 Demonstrators carry out a vigil in New York for the victims of the war on drugs in the Philippines. Source: Joe Catron (CC BY-NC 2.0).On the other extreme of the broken consensus are those countries that explore possible reforms. Some of these alternatives come in the form of potential treaties, including: the decriminalization of the personal use of drugs, alternatives to imprisonment, and the promotion of rural development in regions that grow illicit crops. A first step is to decriminalize the personal use of drugs, which is still a crime in many countries around the world. The United Nations’ Agencies Directors recently unanimously recommended this to States.

But there are other reform possibilities that go beyond the limits of prohibitionist treaties: in these 10 years, more and more jurisdictions (nation-states and states within the United States) have joined the wave of regulating drugs like cannabis, going against the Conventions, because they recognize that the prohibition system is inefficient for achieving the goals of public health and the protection of rights. Many countries now recognize, as the United States did by dismantling alcohol prohibition, that prohibiting substances doesn’t make them disappear. On the contrary,  it creates incentives to make them stronger and more dangerous, and creates criminal networks that undermine the rule of law. Today, countries like Uruguay and Canada understand this reality and take their own steps to do the same with cannabis; however, they do this with the challenge of going against international law and their treaty obligations.

From the time in Vienna, we have a short political declaration, adopted by false consensus in the first day, which recognizes several objectives that are still impossible to achieve, such as “a world free from drug abuse.” Countries, though, can choose within this range of flexibility their drug policy. The range includes violence, but it also includes the option for dignity and compassion.

The coming decade in global drug policy will begin to explore, with growing tension, this fracture. One of the great tasks of the next 10 years will be to continue bringing drug policy and its harmful impacts into the realm of human rights and development. Countries currently agree on very little, and the fissures reach both multilateral and bilateral levels. Continuing to strengthen the idea that people who grow, traffic, and use drugs are citizens and human beings like everyone else is the first substantial step in restoring rights to populations who have suffered the harm of prohibition.

The heroic act of guarding death

The Many Faces of Drug Use