Two fights in one: feminism and environmentalism 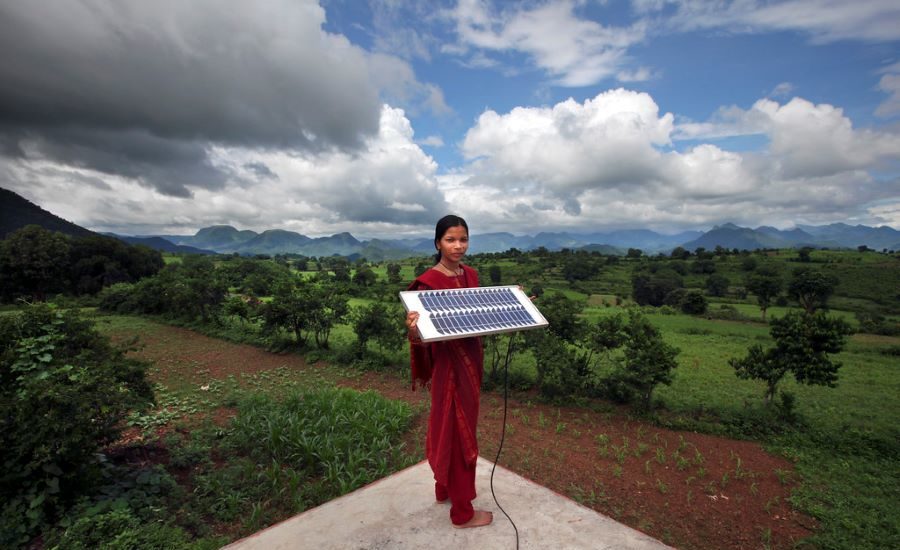 Only in as much as we coordinate the efforts will we be able to erradicate gender inequality and encounter a solution to the ecological crisis that we are experiencing.

Only in as much as we coordinate the efforts will we be able to erradicate gender inequality and encounter a solution to the ecological crisis that we are experiencing.

“Climate change is a man-made problem with a feminist solution.” So affirms Mary Robinson, the first female president of Ireland and present-day activist for gender equality and climate justice. In this statement, Robinson suggests that for an urgent environmental problem with scales as large as climate change, feminism offers a new solution. But what exactly does feminism offer the environmentalism? What can a movement that focuses on the emancipation of women from an oppressive social, political, economic, and cultural system provide to a movement focused on saving the human species from extinction?

They certainly seem like two different battles. However, a front has existed for decades that views environmental degradation and gender inequality as two sides of the same coin. Ecofeminism, which emerged as a nearly inevitable consequence of the synapse between the feminist and ecological movements of the seventies and eighties, is founded on the premise that forms of oppression are connected. It attempts to establish a connection between environmental degredation and the oppression of women. For ecofeminists like Maria Mies and Vandana Shiva, this connection stems from a common root of domination: the patriarchal-capitalist power structure. This structure combines the patriarchal understanding and organization of the world into binaries (man/woman, human/nature), which manifests itself in a hierarchical social order where some are superior to others, with the capitalist logic of the creation and accumulation of wealth at the lowest possible cost as the only form of progress for societies. This association between patriarchy and capitalism results in a binary and hierarchical structure that promotes and justifies the superiority of the white, male, “human” subject, allowing for the “other/s” to be considered in opposition to and therefore inferior. Women and nature, then, can be used by the white male at his convenience; he progresses and prospers at their expense.

In addition to explaining the connection between the oppression that women and nature suffer, ecofeminism tries to show that, rather than two parallel struggles, feminism and environmentalism are intertwined—so much so that advances or or setbacks in one are recreated or reflected in the other. To that end, as the ecofeminist author Rosemary Radford Ruether suggests, only in as much as we coordinate the efforts will we be able to erradicate gender inequality and encounter a solution to the ecological crisis that we are experiencing. 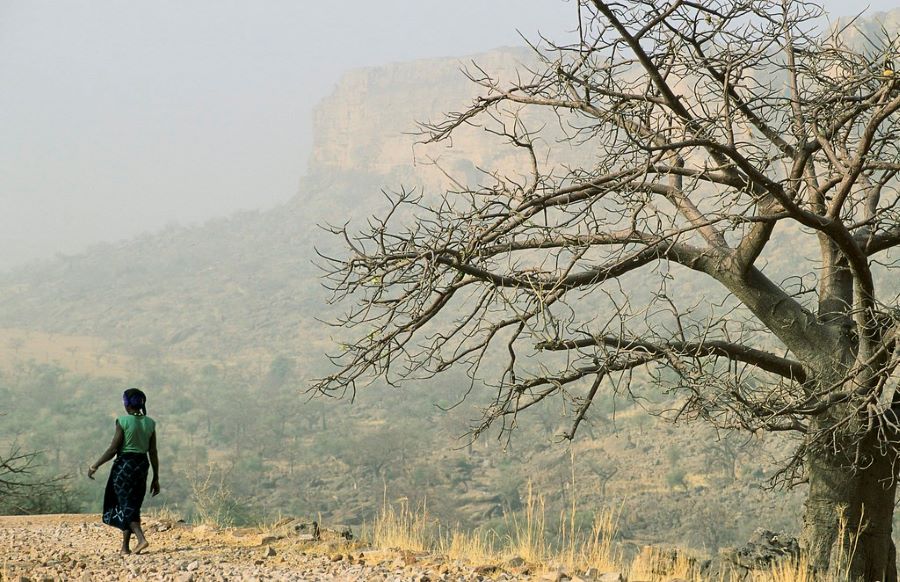 Women are the ones who bear the greatest burden of the impacts of climate change. Source: World Bank Photo Collection, Flickr (CC BY-NC-ND 2.0).

One of the environmental problems that best exemplifies this interdependence between feminism and environmentalism is climate change. Slowing the rise of global temperatures to ensure human survival needs a feminist solution, just as closing social, economic, and political gaps between men and women depends on us successfully combatting climate change.

Why should feminism care about the fight against climate change? Because, as has been well documented, women—especially poor women—are the ones who bear the greatest burden of its impacts. This includes not only women from developing countries, but also black women, indigenous women, and trans women, all of whom experience different forms of discrimination that translate to greater levels of poverty.

According to a 2016 report by the United Nations Development Programme, climate change is having and will continue to have serious repercussions on agriculture and food security. This primarily affects populations from developing countries, particularly women, who depend more on agriculture for sustenance. For one, women are those primarily responsible for providing water and food for their families; in places where the effects of climate change are deeply felt, women must travel greater distances, which translates to less time for education and more exposure to health risks and violence. Likewise, only between 10-20% of women in the agriculture workforce in developing countries have land rights. This limits their access to agricultural loans, which might otherwise allow them to reduce crop vulnerability and continue living off farming. Changing work is also not an easy option, as women face a multitude of legal barriers to accessing the same labor opportunities as men. The accumulation of these factors allows us to conclude that women have and will have greater difficulty than men in assuring their own sustenance and the sustenance of their families in places where climate change is strongly felt.

A report by the World Health Organization (WHO) also shows the unique ways in which women’s health can be more affected by extreme climate events than men’s. It affirms, for example, that droughts, floods, and storms kill more women than men. In a cyclone in Bangladesh in 1991, 90% of the 140,000 people killed were women. A study following a flood in Sarlahi, Nepal in 1993 found that the greater mortality rates of women were due to discriminatory practices in the distribution of food and medical attention, as humanitarian aid prioritized men. The report also showed that women are more likely to die in heat waves and malaria epidemics associated with rising temperatures. These numbers will only grow as the frequency of natural disasters increases due to climate change. 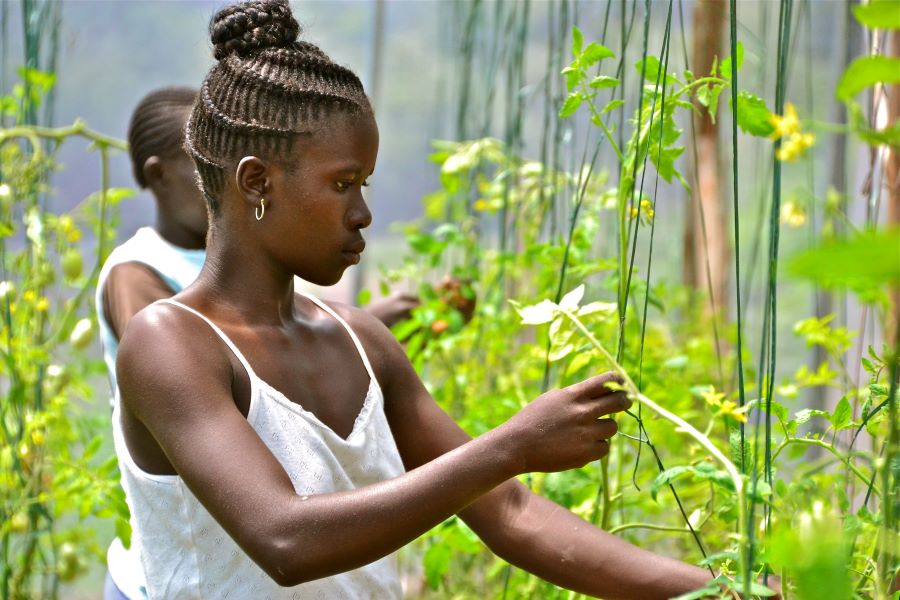 Temperature changes are also putting women and girls at a greater risk of sexual violence, sexual explotiation, trafficking, and domestic violence, especially in emergency situations after natural disasters. So concluded the 2007 World Disasters Report, which demonstrates, for example, that after the 2004 tsunami in the Indian Ocean many women and girls from Sri Lanka, Aceh and India were forced to marry “tsunami widowers” because their families could no longer support them. When Hurricane Michael touched ground in Florida in October of 2018, domestic violence increased among affected families. According to Meg Baldwin, director of the Refuge House attention center for victims of domestic violence, during the hurricane their centers in Florida received double the number of women compared to their normal rates. Despite these statistics, the impact of natural disasters on domestic violence indicators is often ignored.

As climate change continues to exacerbate women’s vulnerability and increase the gender gap, it is crucial that the feminist movement looks towards the environmental efforts to save the planet and humanity. The promise of equality gets further and further away with each rainfall, drought, or storm that comes as a result of climate change.

In the same way, the environmental movement needs to support feminist struggles if they aim to ensure the effectiveness of measures to adapt to and mitigate the effects of climate change. The WHO report cited earlier suggests that the effectiveness of risk management and reduction protocols improve when they include women in their design and implementation. For example, in the states of Maharashtra and Gujrat in India, when women were included in relief program operations following an earthquake, their focus on capacity development and long term solutions were essential for the impact of the operations. Their participation was also crucial for dispersing relief measures and collecting resources to help affected families. The support and more holistic perspective of women was key in strenthening community resistance. Similarly, a report from the United Nation’s 52nd session on the Status of Women maintains that, due to the historic responsibility women have had for providing resources for their homes and communities, women have invaluable knowledge of strategy design for ensuring subsistence in new environmental realities.

Nevertheless, women represent only 30% of scientific bodies around the world, which are essential parts of the work on climate change. Furthermore, in the majority of countries around the world, women do not have just representation in the governmental bodies responsible for making decisions on climate change. These gaps limit the extent to which women’s voices, experience, and knowledge are incorporated into public policies, even though their inclusion is indispensible for effective, holistic, and sustainable climate policy. Environmentalism needs feminism, among other reasons, for its struggles to open spaces for women to hold positions of power; feminism’s efforts to irradicate gender gaps are exactly what we need to overcome, effectively and fairly, the challenges that climate change poses for humanity.

The #MeToo movement has gained significant traction in recent years and has generated a more open and public conversation on assualt, sexual violence, and gender discrimination than we have never seen before. At the same time, hundreds of thousands of people have gathered to march in the streets and young people have organized worldwide student strikes to demand that governments adopt immediate measures to slow climate change. In such historic moments, for those that move between both movements, adopting an ecofeminist perspective that allows for the coordination between both fights can be an important and strategic catalyst for achieving a collective, more effective voice against systems that are, quite literally, destroying the earth and perpetuating an unsustainable, unequal society. Coordinating together, mutually supporting one another, and capitalizing on these moments of effervesence could result in a damning combination for eliminating, or at the very least definitively destabilizing, our outdated and painful structures of oppression.