A cure to end homicides 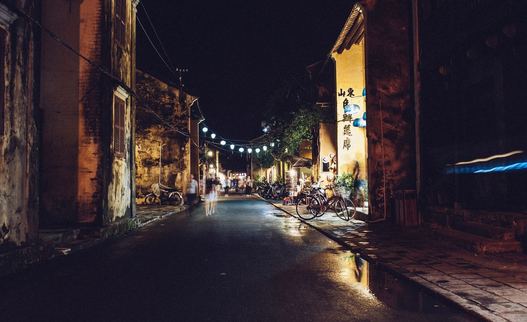 Examples from initiatives across Mexico, Colombia and South Africa shed some light on policies that could help reduce the homicide rate across the Global South. Inclusive and holistic policies that include a wide range of societal actors may offer remedies to tackle this crisis.

Examples from initiatives across Mexico, Colombia and South Africa shed some light on policies that could help reduce the homicide rate across the Global South. Inclusive and holistic policies that include a wide range of societal actors may offer remedies to tackle this crisis.

All, absolutely all the countries with the highest homicide rates in the world are in the Global South. Latin America and the Caribbean represent 8 percent of the world’s population and it is where almost 33 percent of global homicides occur. I live in the country that ranks eighteenth in the list: Colombia, where the homicide rate is 22.1 per 100,000 inhabitants. 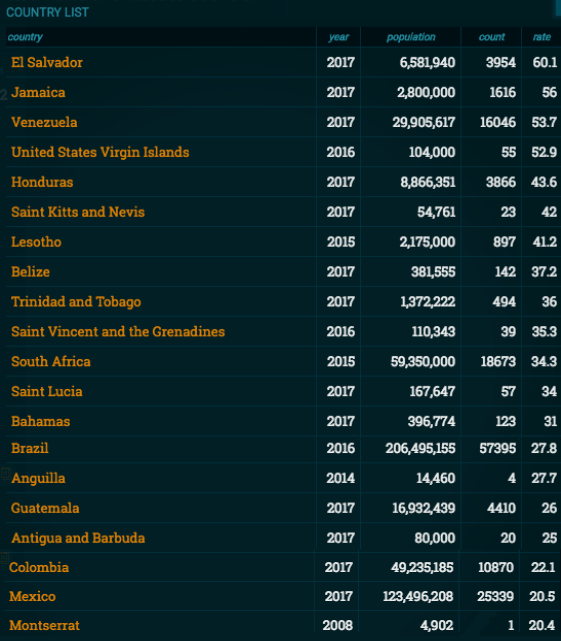 Globally, 72.3 percent of homicides involve firearms and occur to people who are between 15 and 29 years old. It is a terrible reality. I had previously researched homicides against social leaders, but I had never seen the figures showing how violence ends the life of regular people on a daily basis, either because someone else is trying to rob them, is intolerant, or simply as part of a crime of passion.

The truth is that I did not understand the scale of this problem. Maybe because I have been told since I was little that I live in one of the most dangerous countries in the world. Maybe because I have been repeatedly told hundreds of thousands of times that I will be robbed and that I should surrender everything without fighting back because otherwise I can be killed. Or maybe because even though I grew up with this narrative in my head, I never knew anyone close to me who was the victim of an attempted homicide.

As a result, I began to be interested in the subject. The first thing I found out through my research is that the numbers are not encouraging: in the last decade, the homicide rate has increased by 3.7 percent, more than three times the increase in population. Similarly, the current projections are not positive. If we do not intervene through effective public policy in the short term, the homicide rate in the Americas will continue to increase and will double compared to 2000. 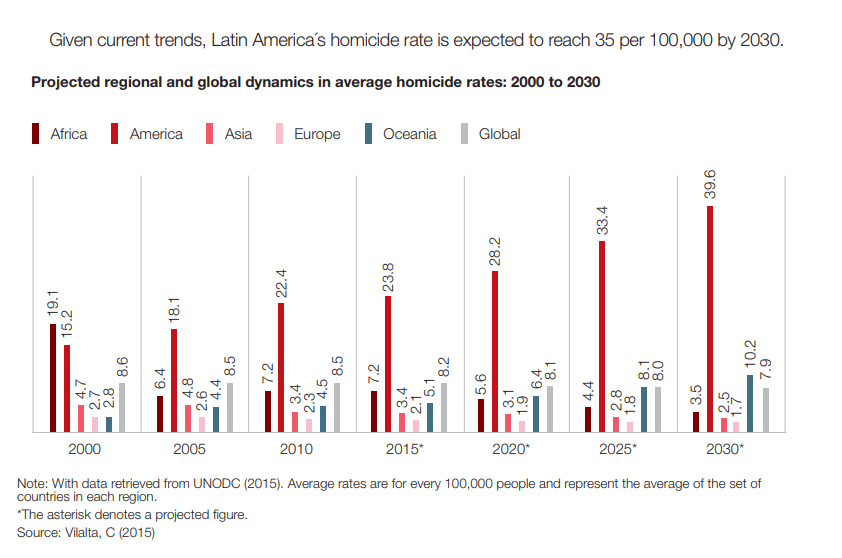 Although what I just mentioned would seem to show that if living conditions improve, homicides decrease, the reality is that statistical correlations are not explanatory. Unfortunately, this is what happens in Latin America, which faces a paradox. In the 2000s, the region experienced significant reductions in poverty, inequality, and an increase in the middle class and yet, the homicide rate increased.

For example, the National Plan for Community Surveillance by Quadrants, in which “planning and prevention are required and induced,” was created in Colombia and adapted in many parts of the world. The plan divided cities into “quadrants,” which are areas that may be larger or smaller than a neighborhood. Each quadrant has three patrols that take turns and stay there for two years. During this time, the objective is for the community to get to know and trust the police. In this way, the community becomes responsible for monitoring the patrols.

The impact evaluation of the Plan showed a reduction of 18 percent in homicides, of 11 percent in personal injuries, and of 22 percent in vehicle theft. These results are incredible, but for me, the most impressive thing is that “when you have a highly organized civil society that is also willing to cooperate with the quadrant patrols, the probability of success increases. On the contrary, where there is indifference, it is very difficult for the Plan to reach its full potential. This happens because most crimes tend to decrease when there is a high degree of cooperation between the police, civil society and other State entities.”

Although this policy has shown good results, it is important for the police to respect human rights and build trust with the community. In Colombia, only 31.1 percent of men trust the police, while in Brazil, “police work based on the containment and invasion of socially excluded communities has “criminalized” its residents, who suffer persistent discrimination by the criminal justice system, the media, and society in general.” 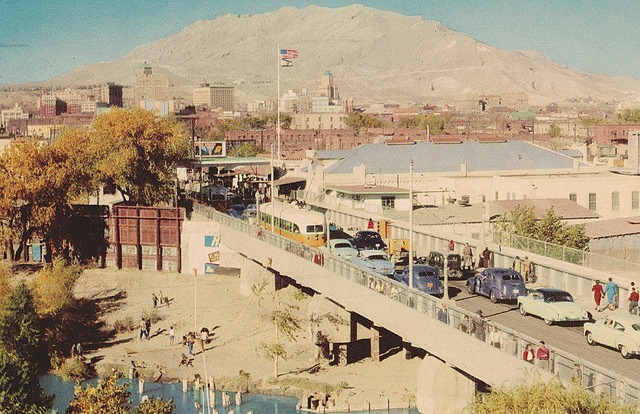 Therefore, it is key to implement more structural policies. In Mexico, Todos Somos Juárez was a strategy that began in 2010 with the aim of reducing insecurity and improving the quality of life of those who live in Juárez. This border city has a troublesome context, where there is a 23.9 percent loss in formal employment and 33.4 percent of the population live in extreme poverty. The strategy included 160 actions across six programs: security, work, education, health, social development and economy. Todos Somos Juárez focused on empowering local actors and strengthening youth, graffiti artists, and local artists networks.

On August 2012, thirty-seven homicides were reported in Juarez, which meant an 82 percent reduction in the number of homicides compared to January 2011. Again, an example of a successful policy. But once again: “the most important achievement of Todos Somos Juárez is the strengthening of the capacity for collective action and citizen empowerment.”

Another important example is the New White Paper on Safety and Security in South Africa, a public policy document adopted in 2016, which establishes six key aspects, including active public and community participation and early intervention to prevent crime and violence.

These three examples show some of the many preventive and non-punitive policies that are successful in decreasing the homicide rate. In reality, there are many more: cognitive behavioral therapy, prevention of recidivism, and strengthening communities’s capacities to respond to violence, among others.

If you read the etymology of the word “community,” you will find that it refers to “the grouping of people linked together by the fulfillment of common and reciprocal obligations”. The examples of Mexico, Colombia, and South Africa show us that getting together and getting to know each other can be one of the many remedies to stop homicides. We have to integrate everyone in the community, from young people to the elderly, including a range of actors from CEOs to graffiti artists. Between all of us and a police versed in human rights, we could reduce homicides.

Migrants and Work: Lessons from Lebanon

It is not only sugar: soda also uses more water than you can imagine

The false publicity of sodas in Colombia