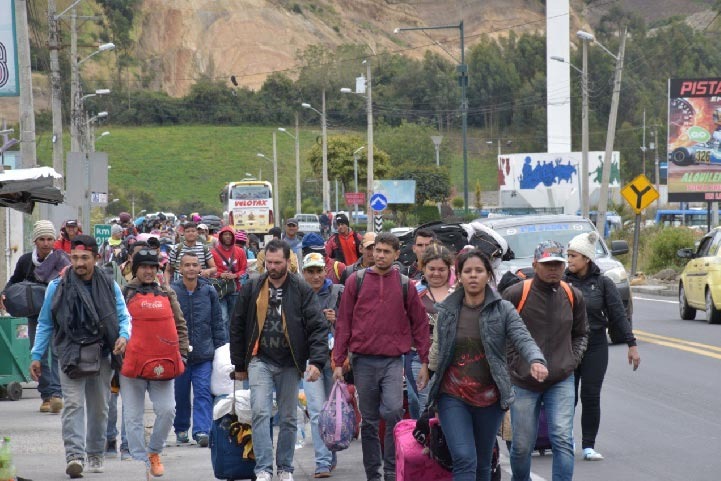 The situation of Venezuelan migrants is too serious and urgent to equivocate on good faith and sway with the changing political circumstances of each government.

The situation of Venezuelan migrants is too serious and urgent to equivocate on good faith and sway with the changing political circumstances of each government.

Latin Americans continue to vacillate in the face of the exodus of more than 2.3 million Venezuelans, the most pressing humanitarian crisis in the region. Having forgotten that Venezuela once welcomed millions of Colombians, Peruvians, Chileans, Argentinians and others who were fleeing dictatorships and economic crises throughout the previous century, we are taking one step forward and one step back when it comes to our moral duty of reciprocity and our legal duty to accept migrants.

Last year, Peru moved ahead with the Temporary Permission to Stay (PTP, as it is known by it’s Spanish acronym), the first serious program to formalize the status of Venezuelans and to allow them to work legally. But the country has recently regressed, along with Ecuador, by requiring that the new migrants present a passport upon entering the country. It sounds like it could be a benign request, but in reality it is a nearly impossible request for Venezuelans of all ages who are traversing the Colombian highways on foot heading south with their lives literally on their backs. Obtaining a passport in Venezuela is feat. The government delays the issuing of passports to political opponents it seeks to punish. What’s more, the rest of the country has to wait up to a year or do not have a way to pay the astronomically high price of the document, when there is even paper to print them.

Colombia has followed an inverse trajectory. The Santos government was delayed in responding to the crisis and required the presentation of a passport as a condition to regulate the migrants. But during his last year in power, the administration followed in Peru’s footsteps and went beyond, creating a registry in which they accounted for 442,000 Venezuelan citizens that live in Colombia and received PTP benefits, which allows them to work temporarily and access services like education and healthcare.

The situation of Venezuelan migrants is too serious and urgent to equivocate on good faith and sway with the changing political circumstances of each government. What they need are stable policies—from the State, and not just a single administration—articulated by a regional action plan. With regards to the first point, it is fundamental that incoming administrations, like that of Ivan Duque, build upon the advances made by their predecessors. If Venezuela is a dictatorship (as, in effect, it is, which has been reiterated by both Duque and Santos), Colombia has the legal duty to recognize and treat as refugees those who flee Venezuela, as I underscored in previous column.

Under Colombian law (Decree 1067/15), a refugee is one who “would have been obliged to leave their country because their life, security or liberty have been threatened by widespread violence, outsider aggression, internal conflicts, mass human rights violations, or other circumstances that have greatly disrupted the public order.”This definition includes a good portion of the Venezuelans who are victims of everyday violations of their basic rights (rights to health, to food, to freedom of expression, etc.) who cross the border in a last ditch effort to protect themselves.

Even the best national action plans fall short of responding to an emergency that is regional. The secretary of the Organization of American States (OEA, by it’s Spanish acronym) is right to call for an emergency meeting of the Permanent Council of the governing body to strategize recourse of such a scale. It is time to stop vacillating in the face of the migrants.