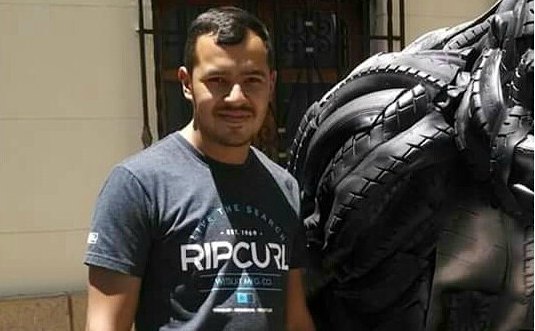 I want to share a story with those who question the gravity of the breakdown of human rights and democracy in Venezuela.

I want to share a story with those who question the gravity of the breakdown of human rights and democracy in Venezuela.

The story is of Juan Pedro Lares, a 23-year-old Colombian, and the son of Colombian educator Ramona Rangel and Omar Lares, the mayor of Campo Elías, located in the Venezuelan state of Mérida.

I learned about the case nearly a month ago, when the parents contacted me through Venezuelan NGOs. Juan Pedro was abducted by the Maduro government and has been imprisoned for over a month. His crime? He happened to be at home when the Army and Intelligence Service came to take his father without due process of law, as they had done to four other mayors and 21 more who have been charged, simply for being part of opposition parties and for not stopping citizen protests that have been erupting around Venezuela. Together with other members of Congress from opposition parties, several of them are still detained in the Caracas prison of Helicoide and other detention centers for political prisoners.

Under pressure from the Colombian Foreign Ministry, and with the support of organizations like Provea and Dejusticia, the Bolivarian Intelligence Service allowed Ramona to see her son for a few minutes on August 16. However, Juan Pedro has once again disappeared, and is not in any official records of detainees. This case forms part of increasingly alarming figures of the last five months, rivaling those of the military dictatorships of the 1970s: 5,401 arbitrary arrests, 726 illegal prosecutions of protesters by military tribunals, and 590 political prisoners, whose cases have been documented by the Venezuelan NGO Foro Penal, the Organization of American States and the UN.

Like many others, Juan Pedro has been denied his basic rights. He has been kept in the dark of the cause of his detention, among other basic information, because nothing based on law can be cited by the government. The judiciary, controlled by the government, has not only ignored his parents’ petition for habeas corpus, but has been instrumental in persecuting his father and other dissident mayors. The Supreme Court´s irregular conviction of opposition mayors has served as an excuse to persecute them for allowing citizens to exercise their right to peaceful protest.

Let us agree, therefore, that basic human rights and the rule of law are no longer existent in Venezuela. Is it still a democracy then? There was indeed an election for the Constituent Assembly, and it has been announced that the postponed regional elections will be held in October. But just like the Constituent Assembly elections, the October elections are designed so that only government candidates are allowed to win. The government is using various means to prevent opposition candidates from winning. For example, amidst the dire food shortages, the government is providing food subsidies to those who vote for its candidates, which can be easily verified through their national identification card called the “motherland ID” that is used to vote. Furthermore, Maduro has announced that if future mayors or governors are disloyal to the Constituent Assembly, they can be fired.

This week we are assisting the Lares couple in finding the needed support in Bogotá to free their son. The Colombian Foreign Ministry has a legal responsibility to respond to them, and additionally, to find and demand the immediate release of Juan Pedro. And all of us have the moral responsibility to provide solidarity to the countless other Juan Pedro’s who are victims of the Venezuelan dictatorship.